Customize a trip to India Chat with a local travel specialist who can help organize your trip.
Start Here
Home   ›   India Tours   ›   India Travel Guide   ›   How to Travel from Delhi to Agra
Tweet

Delhi and Agra make up two of the three points in India’s Golden Triangle, so travel between the two cities is common. Especially since Agra houses India’s greatest claim to fame, the Taj Mahal. There are multiple transportation options to get from Delhi to Agra. If you are in one city, you should definitely take the time to discover the other. The things to do in each place vary greatly and they are conveniently located in close proximity to one another.

If you’re planning a trip to Delhi, make sure you read this article on how to travel to Agra and take the time to experience two of India’s most fascinating cities.

Although the two cities are roughly 230 kilometers apart, the availability of many options for getting from Delhi to Agra makes the journey easier to plan. Your mode of transport will depend on your budget, desire of comfort level, and schedule. Check out the four travel options below via train, bus, car, or flight:

1. Delhi to Agra by train

There are a lot of trains that go from Delhi to Agra. They run on a daily basis, but the duration of the journey varies quite a bit. It can take anywhere from nearly 6 hours to less than 2 hours, however the most popular routes typically take between 2 to 3 hours. The difference in duration is mostly due to the speed of the train and the number of stops.

Bus is a very commonly used mode of transportation in India. There are over a dozen operators offering the Delhi to Agra by bus route. On average, the duration is around 3 – 4 hours and a variety of seats from the most basic to the most comfortable are available.

3. Delhi to Agra by Flight

There are multiple daily flights from Delhi to Agra, however be sure to check the duration of the flights carefully. Some have multiple stops and/or can take up to 23 hours to complete due to long layovers.

4. Delhi to Agra by Car/Taxi

Road tripping from Delhi to Agra by car can be a fun alternative to public transportation. Keep in mind that when you rent a car in India, much of the time a driver is included. If that’s not part of the deal, you might want to consider hiring one. Having a local driver can be really beneficial when it comes to navigating the roads and driving etiquette in India.

While all the above methods are completely doable, nothing is easier and more stress-free than a guided tour from Delhi to Agra. Multiday or single day tours allow you to sit back, relax, and let someone else worry about the trip-planning. An experienced tour expert will ensure you see everything you’ve set out to see and can also offer you insider’s information to India’s most famous sites that you may have otherwise missed. Check out some of our favorite Delhi to Agra day tours below:

Options to get from Delhi to Agra vary from car transport, flights, trains, or private tours. The best choice for you will depend on your schedule and comfort preferences. Regardless of the mode of transportation you choose, Delhi and Agra are sure to delight and inspire with fabulous food, frenzied markets, and world-famous sites. 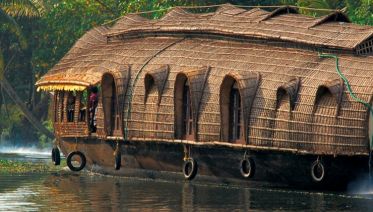