Traveling to India? Our detailed India insights, blogs and travel tips will help you plan the best trip.

From the ancient Ghats of Varanasi to the colorful camel fair of Pushkar and from the serene backwaters of Kerala to the picturesque peaks of the Himalayas, India has many fascinating travel destinations. But the thing with India is that its sheer size makes it difficult for any traveler to decide which places to visit, when to visit and for how long. So, we have made it easier for you with our comprehensive guide to India that covers almost every place and adventure you can chase in this beautiful country.

Whether you are a history buff or a passionate foodie, you will never run out of places to visit in India to satiate your travel goals.

Discover the highlights of India. 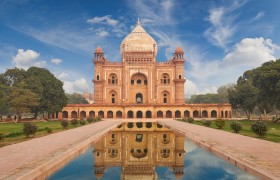 Ideal for first-time visitors, this compact tour takes you across significant historical monuments and local attractions like spice markets and busy bazaars of North India at locations like Delhi, Agra, and Jaipur. Studded with stunning architecture, steeped in fascinating history, and peppered with vivid tempo of Indian life, the Golden Triangle tour offers an intimate introduction to India. View Tours 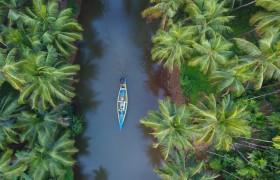 Explore the mesmerizing backwaters of Kerala

Named as one of the ten paradises of the world, Kerala is famous especially for its ecotourism initiatives and beautiful backwaters. Stay on a houseboat, gorge on fresh catch from the water around you, visit local temples and religious sites, kayak to nearby fishermen’s islands, or knead away your tired muscles with some Ayurvedic massage. Kerala is a perfect pit-stop after a whirlwind India trip to relax and enjoy the gentler side of otherwise frenetic India. View Tours 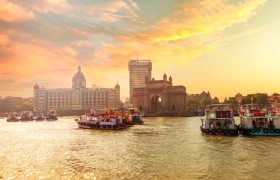 Live your Bollywood dreams in Mumbai

Lights! Camera! Action! Embrace the electrifying energy of India’s financial and entertainment capital. Take a Bollywood tour to go behind the scenes at a film shooting set in the Film City, or visit the houses of famous Bollywood stars. But Mumbai is not just the tinseltown and financial nervecenter of India, the city is also home to the several colonial heritage sites, the 5th-century Elephant Caves, and Dharavi, the world’s largest slum. View Tours

Read all about the top things to do in India. 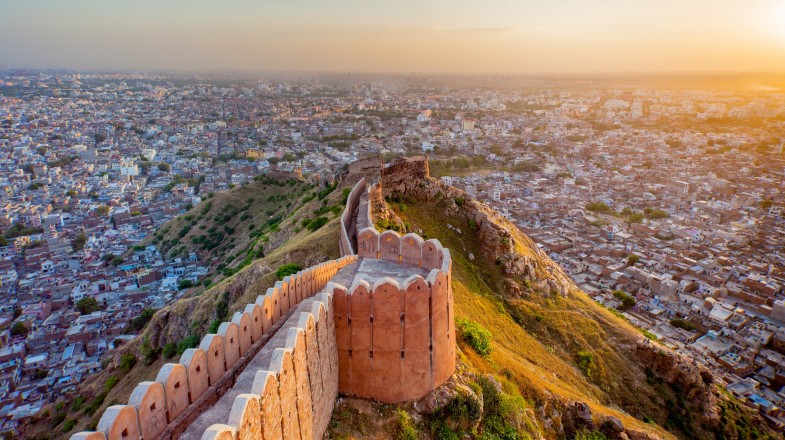 Jaipur is one of India’s most vibrant cities. Steeped in rich history, scattered with famous bazaars, and graced with hilltop temples, the things to do in Jaipur seem endless. The capital and the largest city in the northern state of Rajasthan, Jaip ...Read more 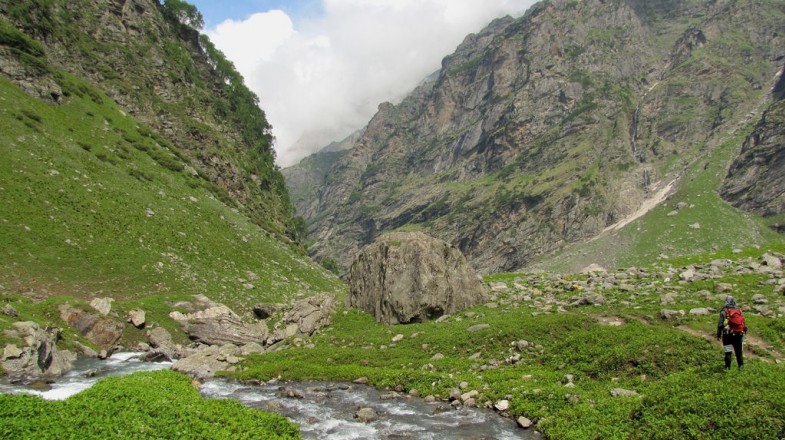 Less than a day’s journey north of Delhi lies the alluring state of Himachal Pradesh, one of India’s most popular tourist draws. Pushing on into the state beyond the colonial-era hill station of Shimla, you come to Manali, the jumping off poin ...Read more 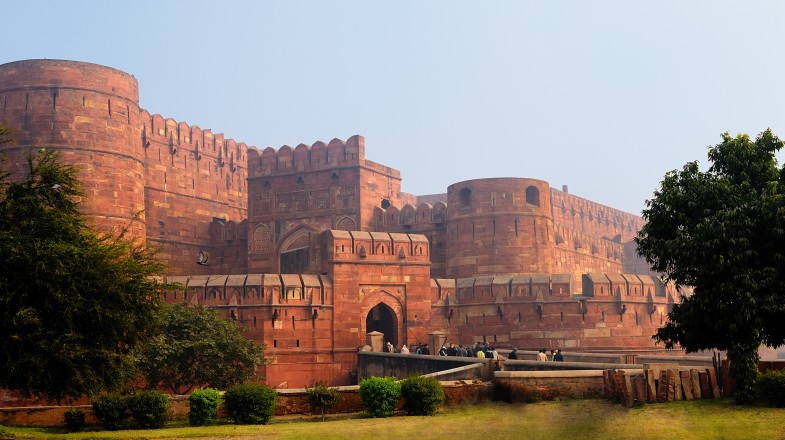 The city of Agra is one of the three cities that make up the famous Golden Triangle tour in India, making it a must-visit destination by default. Taj Mahal — one of the seven wonders of the world and a site no traveler to India wants to skip, is hou ...Read more

See all what to do guides

When to visit India

Read the below travel guides to find the best time to visit India. 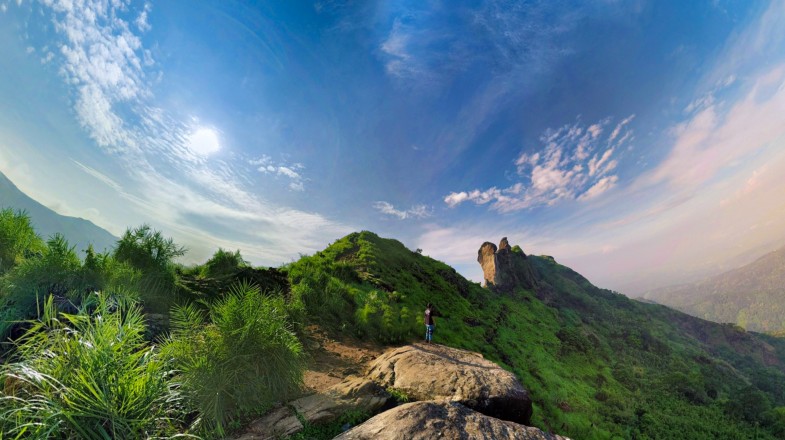 India in September: All You Need to Know

Monsoon rains dry up and the shoulder season steps in with relatively calm weather in India in September. Go on an urban quest to Rajasthan and explore India’s famous Golden Triangle. Amble through the Old Delhi streets and explore the Thar Desert i ...Read more 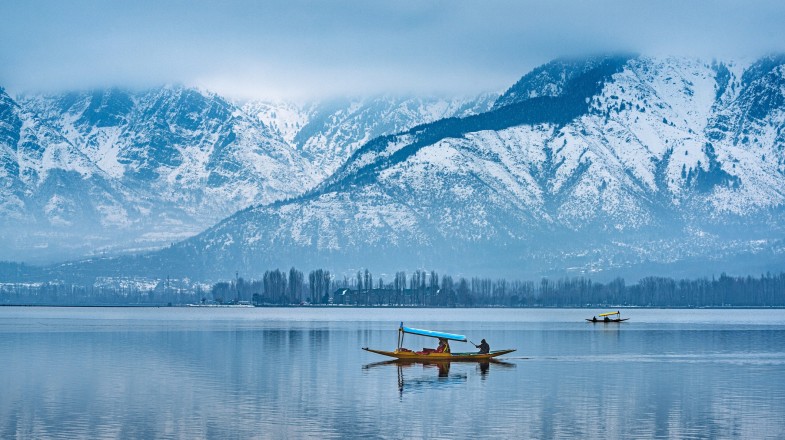 A trip to India in December offers you a distinct experience depending on the regions you visit. Be amazed by the highlights of Gujarat and the architectural marvels of Rajasthan. Go skiing in the snowy mountains of Manali and take part in North India's i ...Read more 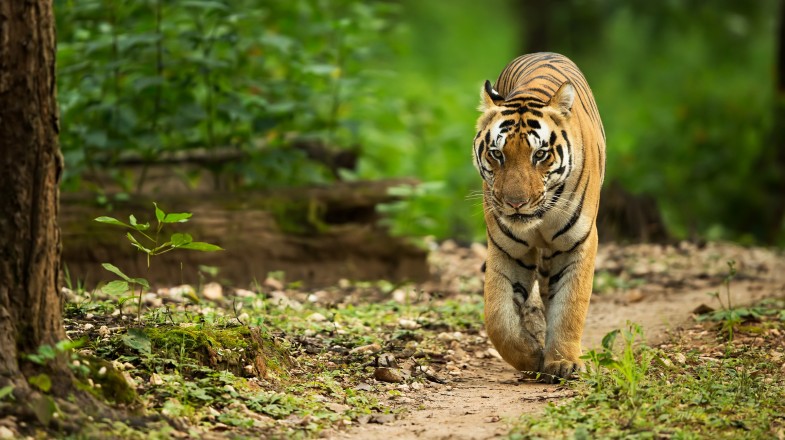 India in February: All You Need to Know

February is one of the best times to visit India. Officially, it is still winter, but the chills and fogs of January are replaced by pleasant days and clear skies in large swathes of northern India. In the south, the blistering summer heat is still a mont ...Read more

See all when to visit guides

New Delhi, located in north-central India, is the country’s national capital. It is the world’s second most populous city and roughly 1.4 times the size of New York. Delhi Metro System provides a smooth connection all over the city.

Ranked as the world’s seventh-largest country, India has a total area of 3.28 million square kilometers. It covers around 2.4 percent of the globe. With a coastline of about 7,516 kilometers, India has nine coastal states and a clutch of island territories. From the northern to the southern tip, the country stretches up to 3,214 kilometers, and spans a width of 2,933 km from east to west.

The country calling code for India is +91. When making a phone call to India, dial the exit country code, India’s country code, and the area code you wish to connect to followed by the phone number. For calling on an Indian mobile phone (10 digits), just put the country code before the mobile number.

The official currency of India is Rupee, and the ISO code used is INR. You can find ATMs in cities and semi-rural regions, but it can be difficult to access one in rural areas. So it is wise to always carry some cash with you while you are traveling in rural parts of India.

Travelers can easily apply for an e-Visa to India. The validity may range anywhere between 30 days to five years with multiple entries and a continuous stay between 90 to 180 days, depending on your nationality.

The constitution of India recognizes 22 official languages. Hindi is the primary language, especially in the northern belt, but people in the urban areas can converse in English.

Cows, frequently spotted on city roads and villages, are considered sacred by Hindus. It is deemed rude to make sensitive comments about the animal. Though most Hindus do not consume beef as part of their dietary tradition, you can still find beef in some states like West Bengal, Kerala, Manipur and Mizoram.

How long to stay in India

Read about the ideal duration to stay in India. 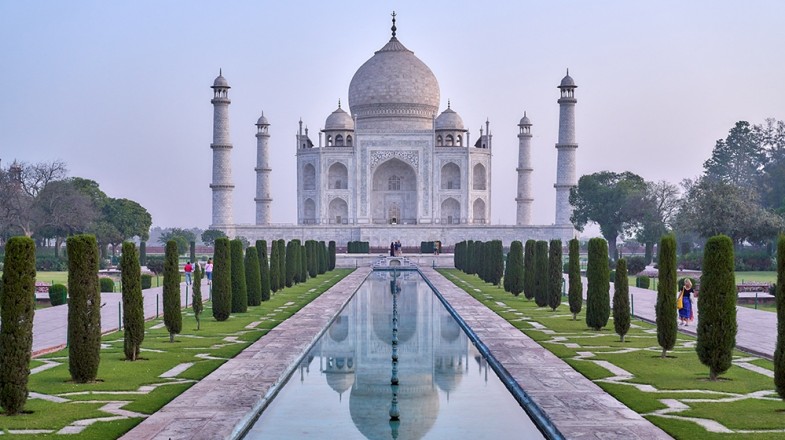 In a perfect world and with unlimited time at your disposal, you would be able to visit every corner of India, ticking off all the places that interest you. But in reality, that’s likely never going to happen. Yet, with careful planning and a focus ...Read more 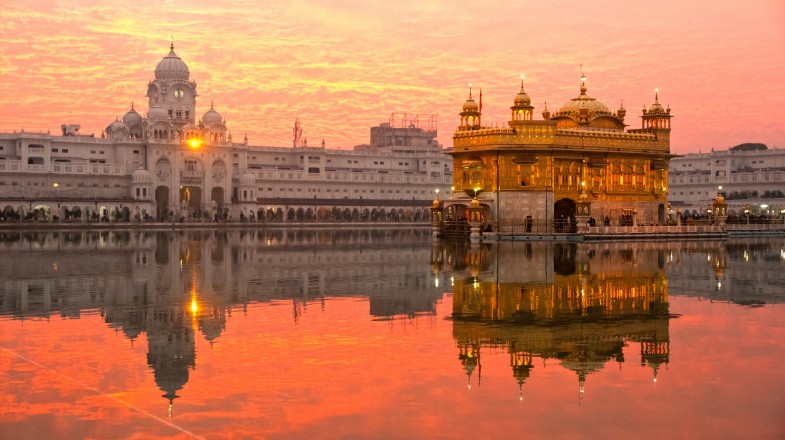 From the jagged peaks of the Himalayas to the ornate domed palaces of New Delhi, India has captivated travelers for centuries. Although it might be challenging to decide what sights to see in just a short amount of time, 10 days in India can still give yo ...Read more 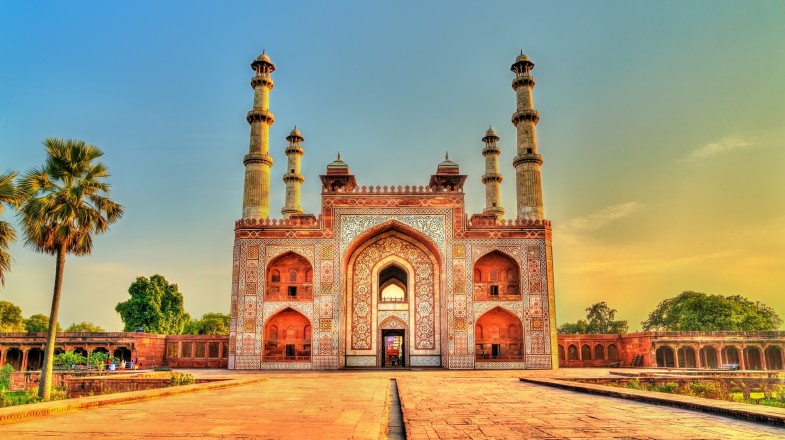 Holy cities and jaw-dropping landscapes in India teem with unexpected adventures anywhere you go. Whether you’re exploring the royal palaces of Rajasthan, reveling in mouth-watering cuisine in Delhi, or hiking through the lush jungles of Periyar, th ...Read more

Select the tour type that you are looking for.

Read the most frequently asked questions and answer about traveling to India below.

Sustainable Travel — How to Travel Through India Responsibly

In line with Bookmundi’s vision, we wish to provide our travelers with a sustainable travel experience through India. As part of this effort, we carbon-offset any India tour that you purchase through us. Read more details about Bookmundi's carbon offsetting efforts.

Here’s what you can do to travel to India more responsibly:

Ready to customize your India Vacation

Book your trip when it is perfectly designed and customized, just for you.

Get Started
Looking for a different destination? Explore here

Why book with Bookmundi

We guarantee you the best price. Found a lower price? We will match it.