Known as an autonomous Spanish community, the Basque Country in Spain delights visitors who make the effort to travel north. Immediately recognized for its fierceness when it comes to its traditions and lifestyles, Basque, Spain’s softer side is being uncovered once again. Some of its most attractive characteristics include curved sandy beaches, sprawling coastal vistas, a welcoming hospitality, and a uniquely divine culinary scene.

The Basque region of Spain may be small when compared to the rest of the country, but it packs a powerful punch that ensures you won’t soon forget your visit to the north.

Forget what you know about Spain. This is the Basque Country and we think you’ll find it’s actually more like a different country. Here are some important things to keep in mind when traveling through the Basque region:

The Basque region’s most popular destinations are Bilbao and San Sebastian. However, there are other lesser-known places between the two that make great stops for the intrepid traveler. Below you’ll find tips and advices on things to do in each popular destination as well as the ones that aren’t as frequented.

1. Bilbao: Mecca of art & design
Museums, galleries, and architecture rule in the Basque Country’s biggest, most bustling city. There are plenty of opportunities for art-enthusiasts to get lost in one of the city’s famous museums. If you fancy a little wander-round, Bilbao’s Old Town does not disappoint with its colorful architecture and lively pintxo bars and restaurants. Visitors can then head to La Ribera market for a comprehensive day spent eating, drinking, people-watching, and enjoying live entertainment.

2. San Sebastian: For the love of beaches

Sandy shores, surfer communities, breathtaking vistas, and a lively nightlife, San Sebastian serves as a perfect seaside escape. By day, time is passed on one of two of San Sebastian’s most popular beaches; La Concha for those who want to lounge and Zurriola for those who seek an adrenaline-pumping surf break. Bookending both sides of La Concha Beach are two lush grassy knolls, enticing visitors who make the trek up with hilltop rewards. By night, Parte Vieja is the place to be for pintxos and bar hopping. Sleep, repeat.

A road trip is definitely in order to truly experience the untamed beauty of the Basque Region of Spain. Start in Bilbao. Drive the leisurely 100 km to San Sebastian before cutting inland another 100 km to visit Vitoria-Gasteiz. Extend the triangular route with a jaunt down to Haro before completing the circuit back in Bilbao. This could potentially be done in two days, but splitting it up with a night or two spent in each destination is more preferable. Especially when you learn of all the other interesting places you can stop along the way:

4. Mundaka: More than a surfer’s paradise

Surfers will be chomping at the bit to get to Mundaka and ride its legendary left-hand barrel, however there’s more to this coastal Basque town than big waves. It draws non-surfers with its charming port area crowded with historic homes, its beautiful beaches, and the opportunity to enjoy the natural surrounding beauty along its windswept cliffs. Best of all, the most photographed feature along the Basque Coastline is just 35 kilometers north of town.

5. Lekeitio: The Basque Country’s best kept secret
Roughly halfway between Bilbao and San Sebastian, this gorgeous little seaside fishing town is pure bliss. A sleepy town in winter, visitors begin to creep in during the warmer months — but only those who are privy to Lekeitio’s charm. The travelers who do come here are mainly after a few leisurely days spent lying on Lekeitio’s magical golden shores where the River Lea meets the Bay of Biscay, slicing the land into two parts and creating two glorious beaches. However, its port, old town, and surrounding areas offer some worthy attraction all on their own.

Summer (June, July, August) is considered the best time to visit the Basque Country in Spain. This is the season you can take advantage of the beaches, warm sunshine, outdoor attractions, al fresco dining, and all the summer festivals.

One week is a sufficient amount of time to explore the region. You can easily split your time evenly between Bilbao and nearby attractions (such as San Juan de Gaztelugatxe, Lekeitio, and Mundaka), San Sebastian (including the surrounding beach towns mentioned above), and Victoria-Gasteiz and Haro. Spend the extra night in whichever place you’re enjoying the most.

Depending on what you plan to do before and after your visit to Basque region of Spain, there are multiple options for accessing the region:

With two distinct destinations (and a whole lot in between), there’s something to suit everyone’s holiday needs. Whether it’s stretching out on soft golden sand, wine tasting some of Spain’s finest, or getting to know the intimate feel of as many pintxos bars as possible, the Basque region is begging to be rediscovered.

Fortunately for tourists, the Basque Country in Spain has nearly fully bounced back from the political turmoil that once plagued it, making it a safe and peaceful place to visit on your next Spain tour.

Published by Marie Storm, updated on May 9, 2021
Tweet
Create your custom-made trip to Spain 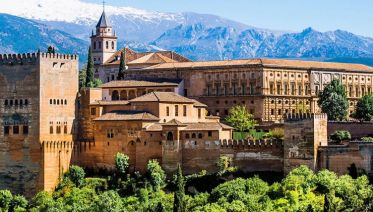