Supporting Ukraine together. Check our homepage for further details.

Start Here
Our travel experts are recommended by
How it works

Spain’s charming cities, soul-stirring landscapes, and cultural treasures make it an irresistible destination. Get wowed by Barcelona’s rich history and extraordinary art scene during your stay in the country. Tick dozens off your bucket list while in Madrid and go restaurant hopping in the city. The coastal town of Malaga offers stunning beaches along with numerous shopping opportunities. While there, do not miss out on a trip to the birthplace of Pablo Picasso. Hike along one of the many scenic routes of Tenerife and go scuba diving off its coast. Marvel at the architectural wonders of Granada, and get transported to a different, dream-like era in the Royal Alcázar of Seville, a Unesco World Heritage site.

Our local travel experts can help you design a custom Spain tour that meets your requirements.

When to go to Spain?

Spain’s Mediterranean weather is at its best during spring and fall (March to May and from September to October) as it is neither too hot nor freezing cold during these periods. These months are also part of Spain’s festival season, something to look forward to during your trip to the country. June to August can get quite hot in southern Spain but it is more bearable in the northern parts of the country. Being Europe’s second-most mountainous country, Spain offers some surprisingly good ski vacation opportunities between the winter months of November and February. Learn more.

How long to stay in Spain?

Whether you have a few days to spare or are looking for a multi-week adventure, Spain has something for everyone. However, we recommend customized itineraries to Spain that last at least seven days, which will give you enough time to combine city highlights of Madrid and Barcelona with natural landmarks in the Spanish countryside. Go for a ten-day-long sojourn if you wish to get under the skin of two or three provinces in the country, be it Catalonia, Navarra, and Basque Country in the north, or Madrid and Castile la Mancha in the central region. With two weeks or more, there is no destination in the country out of bounds for you. Our travel experts in Spain will help you plan a Spanish holiday depending on your budget and interests. Learn more.

Embark on an epic journey that includes dramatic coastal hikes and walks through lush forests on La Palma island. Take in the scenic vistas and watch how cowboys handle their herds in the slopes of Trevelez, the highest village in Spain. Learn to dance the fiery flamenco on a trip to Seville while you unravel its history. Sample Spain’s most famous dish, paella, in its birthplace on a Valencia tour and explore the city’s old town as well as the futuristic, spaceship-like City of Arts and Sciences. Visit Granada and its stunning ancient fortress and admire some of the best-preserved specimens of Islamic art in the world. Call an end to your journey after having soaked up the sun in Ibiza.

Why book a customized tour?

LOCAL INSIGHT Whatever your interests, our expert trip designers have local knowledge of all the best spots to eat, sleep and visit, including famous sites and the off-the-beaten-path hidden gems. They know the places you want to go and will ensure you have the most memorable experiences.
PERSONALIZED EXPERIENCE Travel where and when you want, with only places and activities you choose. We’ll build a trip that matches your unique interests and special requirements 100%.
STRESS-FREE TRAVEL Our trip designers will book your accommodation, transport, activities etc. to ensure that you get a completely stress-free tour. If you need support during the trip, you can always write or call the local specialist for help and recommendations.
TRAVEL LIKE A PRO Think of our trip designers as your ticket backstage. Special access, great prices, and local tips. Their job is to make sure your entire trip is perfectly planned, secure, and completely stress-free.

Customizable Tours and Trips in Spain

4 days From US$ 1453
See all Spain Tailormade holidays

The four main Balearic Islands floating off Spain’s east coast in the sun-soaked Mediterranean Sea attracts locals, tourists, and celebrities in need of an exotic holiday. If you&rsquo... Read more

Located on the coast, about 60 kilometers east of Malaga, the sleepy fishing town of Nerja has become a popular destination for holiday-makers on the Costa del Sol. Although its most famous ... Read more

Granada is home to the Alhambra, the greatest Moorish monument in Spain and one of the country’s most unmissable attractions. Luckily, it also lies within easy visiting distance (just ... Read more

Seville is known as one of Spain’s most flamboyant and vibrant cities and is an unmissable stop on any visit to Andalucía. Well-connected by train and bus, travelling from Malag... Read more

The Pyrenees is an impressive mountain range forming a natural border between Spain and France. And while it is better known for winter sports such as skiing and mountaineering, it also offe... Read more

Malaga is a southern Spain metropolis on Costa del Sol’s Mediterranean coast. One hundred kilometers west is Ronda, a small city perched on the edge of Tajo Gorge. Ronda is one of the ... Read more

To help you plan the right trip duration

Spending 1 week in Spain allows for just enough time to combine one or two major cities with other bucket-list destinations. The gastronomic delights of Barcelona and historic sights of Madr... Read more

Bestowed with natural bounties and dripping with art and architecture, Spain is a traveler’s delight. Pair the Roman ruins of Mérida with Granada’s Moorish palaces and Mad... Read more

Spain is home to a rich variety of landscapes and cultures, and the travel opportunities are endless. From the green mountains of Basque Country and the Pyrenees in the north to the rocky co... Read more

All Spain travel insight and information

Spain in December can be a great month to explore the country, even though it is a popular summer destination, especially since a lot of celebrations and fanfare take place at this time... Read more

Toledo is one of the most popular tourist destinations in Spain. Located just 70 kilometers south of the Spanish capital of Madrid, Toledo is a walled city that dates back to 192 BCE. F... Read more

Our Travel Experts in Spain

Plan your perfect tour with our local travel experts 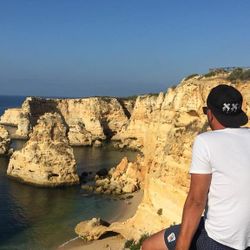 My name is Sandro and I was born and raised in Portugal. I love everything related to travel. I love authentic experiences, authentic people, and authentic cultures. :-) ... Read more 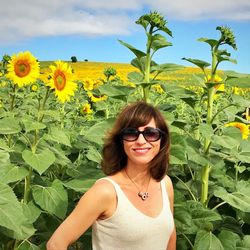 I was born and raised in Montilla, a small town in the province of Córdoba. After earning my degree in languages at the University of Granada, I worked for 14 years in i... Read more 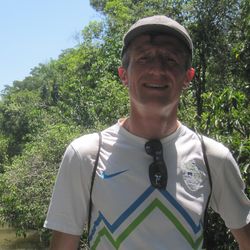 When I was just 18, I took a transatlantic plane to New Zealand to travel for 6 months. Since then I have been in thrall with travelling and all the amazing experiences i... Read more 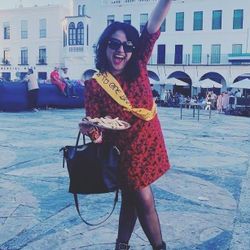 I’m Laura and I am Italian, but my roots are lost all around the world! 8 years ago, while looking at the Alhambra under a fiery red sunset, I promised to come back and... Read more

Previous Next
Our travel experts are recommended by

Ready to create your custom trip to Spain?

Book your trip when it is perfectly designed and customized, just for you.

Get Started
Looking for a different destination? Explore here

Why book with Bookmundi?

We guarantee you the best price. Found a lower price? We will match it.

Customize your trip to Spain