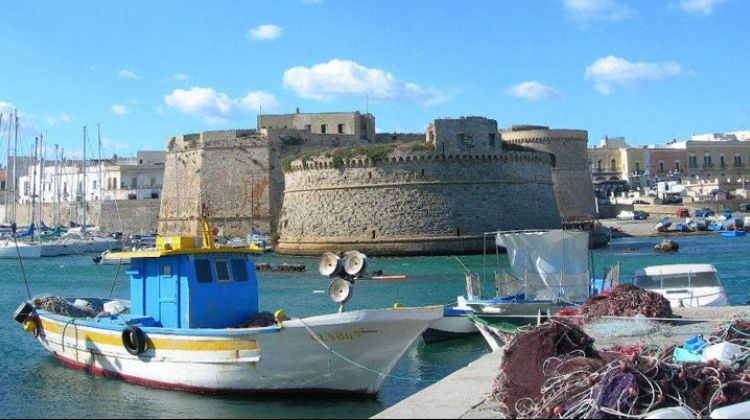 HIGHLIGHTS
Discover Gallipoli in a walking tour of 2 hours.
First stop on the itinerary is the Greek fountain, an example of the Renaissance style inspired by the ancient world (in the past was thought to be of age greek-Roman).
Crossing the bridge that connects the old center to the new town, you enter the heart of the city, protected by the big castle.
From Antonietta De Pace street walking to the Cathedral, dedicated to St. Agatha, martyred in the city of Catania (Sicily), whose relics arrived in Gallipoli.
Then continue to the winding streets of the city, admiring the buildings and the typical houses, and then along the coast with numerous churches of the sixteenth century, including the Church of Purità, St. Francesco of Assisi and the Rosario.

NEED HELP OR HAVE A QUESTION ABOUT THIS TOUR?
If you have any question about this tour or need help with planning a trip, please do not hesitate to get in touch with us. We're ready to help.
Get help
hours 02 From US$ 133 Flat Rate
CHECK AVAILABILITY
Response Time: 1 hour Response Rate: 100% MAKE AN ENQUIRY