Portugal is a unique country – one that is an ancient mystery and a relaxed modern nation at the same time. In fact, Portugal is one of Europe’s oldest nations. A visit to Portugal will be full of brilliant architecture, bustling port towns that were the centre of world power for quite a while, affordable wine, and food. Portugal is a pretty small country, so if you plan your trip carefully, you will be able to explore all of its offerings in a brief period of time.

With its stunning vistas and evocative landscapes, Portugal is definitely a country worth visiting. It’s the country from which one of the oldest and grandest empires of the world arose, and you will be able to find this ancient charm and strong– in every nook and corner of the country even today. Traveling in Portugal is a gift of its own – you will be with some of the loveliest people in the continent, and you will be rewarded with sights you would have never expected (oh– and let’s not forget the extremely comforting food, that’s what will make you want to stay back in the country for good).

April – June is always the perfect time to go to Portugal, and for a number of reasons. Wildflowers begin to bloom in the fields, and the temperature during the day is pleasant and mild. There won’t be too many tourists in the country this early in the year, so you won’t have to worry about high cost of tourism or accommodation. Some places might still be opening up in April, after a hiatus in the winter, so you might not find a lot of options very early during the season.

It shouldn’t come as a surprise that summer is the busiest season in Portugal. This is the warmest period during the year, when the sun shines at its brightest. Owing to the holidays in rest of Europe, the streets of Portugal will swell with a number of tourists, starting from end of June. By July – August, you can expect the price of accommodation to go up at least 30%, and a number of people competing for your spot on the local bus. If you wish to travel during this season, it is recommended that you book well in advance.

The fall descends with a lot of pomp and show, with the yellows and reds taking over the countryside. Towards the coast, the arrival of fall is signalled by the departure of the tourists from summer. This will leave a lot of coastal resorts rather empty – a perfect situation for those who want to enjoy Portugal’s riches without sharing. Prices of accommodation and travel will drop quite a bit following the high season, so this is a good time to travel on a budget, without missing out on any experiences within the country.

Winters can be a dull and dreary affair in Portugal. This is when the wet season starts (especially earlier on in the season), and a lot of the resorts and smaller accommodations close down. The smaller towns go into a lull, but you can expect Lisbon to be up and active, especially around Christmas time. If you are a fan of skiing, there are a few slopes that are open, but Portuguese ski slopes aren’t as famous as their Swiss or French counterparts.

Traveling to Portugal? Chat with a local travel specialist in Portugal who can help organize your trip. 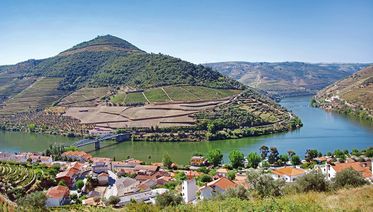 You may also want to see our tours and holidays in Portugal: