Customize a trip to India Chat with a local travel specialist who can help organize your trip.
Start Here
Home   ›   India Tours   ›   India Travel Guide   ›   The Hampta Pass Trek: A Taste of the Mountains
Tweet

Less than a day’s journey north of Delhi lies the alluring state of Himachal Pradesh, one of India’s most popular tourist draws. Pushing on into the state beyond the colonial-era hill station of Shimla, you come to Manali, the jumping off point for the breathtaking but relatively easy Hampta Pass Trek.

Famed for spectacular Himalayan landscapes that change dramatically as you progress and combining stunning mountain scenery with four or five days of manageable walking, this route is an irresistible option for novices and experienced hikers alike.

Check out these 5 day, and 7 day tours for Hampta Pass Trek.

Most treks follow the same route and stop at more or less the same places. However, another possibility is to do the trip in six days rather than five. This would include leaving from Manali and driving to Jobra, where you spend the first night. The second day you trek to Chika and continue on to Jwara and the second camp. The third day takes you to the camp at Balu ka Ghera, and after this, the trek is the same as other versions. The advantage is that the first three days are easier, and you also have more time to acclimatise, leaving you in better shape to tackle the Hampta Pass on the fourth day. This might be a better option for those worried about their physical fitness.

Over 60 government and private buses run from Delhi to Manali daily, taking around 16 – 17 hours. Buses from Shimla take around 9 – 10 hours. There are also plenty of connections with other nearby tourist destinations like Leh, Dharamsala and Kullu. There is no train station or airport in Manali, making bus the preferred means for transport to the town.

The mighty Himalayas boast some of the most imposing and spectacular scenery anywhere on the planet. For those looking for a taste of these majestic mountains on a moderate but not overly strenuous trek, a trip up to Manali to attempt the Hampta Pass Trek could prove to be a memorable experience.

Tours in Manali
Previous Next
View all Manali Tours
Published by Marie Storm, updated on May 9, 2021
Tweet
Create your custom-made trip to India 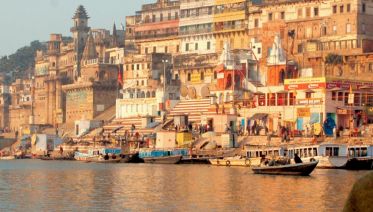