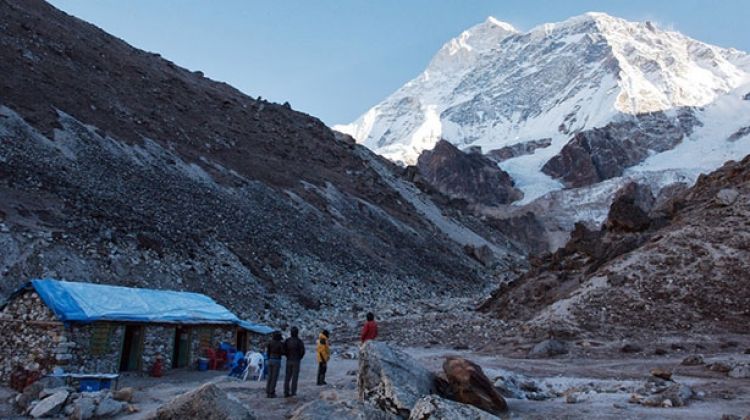 HIGHLIGHTS
Rising to a staggering height of 8462 m, Mount Makalu, the fifth highest mountain peak in the world, lies in the northeast part of Nepal between the border of Nepal and Tibet. This is a culturally and environmentally diverse region with unsurpassed natural beauty, towering Himalayan peaks and biological diversity. The trek to Makalu passes through the Makalu Barun National Park and ends at the base camp, one of the best vantage points for observing the beautiful Himalayas, with famous mountains such as Everest, Makalu and Lhotse seemingly in your backyard.


The Makalu Base Camp trek is a remote trekking route that starts from the lowlands of Tumlingtar and follows the Arun River. The region is especially notable for its ethnic variety. Many ethnic groups such as Brahman, Chhetri, Rai, Limbu, Gurung and Tamang live here.

The Arun valley offers some rare species of birds, some of which are only found in Nepal. After crossing the Arun River, you follow the Kasuwa Khola and scale the Shipton Pass (4,500 m). Trekking along the upper Barun River valley, you then reach the Makalu Base Camp (5000 m), from where you get some incredible views of the picturesque south face of Makalu, with Everest and Lhotse in the background.

QUESTIONS AND ANSWERS Find answers to the most frequently asked questions about this tour.
Read more questions and answers
NEED HELP OR HAVE A QUESTION ABOUT THIS TOUR?
If you have any question about this tour or need help with planning a trip, please do not hesitate to get in touch with us. We're ready to help.
Get help
days 15 From US$ 1,880
CHECK AVAILABILITY
Response Time: 2 hours Response Rate: 100% MAKE AN ENQUIRY