Turkey has always been known as the bridge between the east and the west, but the moment you step foot into the country, you will know that it is way more than that. Turkey is a collection of almost all civilizations that have walked on earth, and its rich atmosphere and warm people are proof of that. It is a country that will definitely overwhelm your senses, but in the best of ways! All you have to do is find the best time to visit Turkey, and you’re good to go. While the weather in Turkey does play a huge role in determining and the right time to visit, you should also take a close look at the political atmosphere of the country before visiting.

Turkey is a treat for those who travel to explore different cultures and beautiful architecture. Turkish architecture has been influenced by dozens of civilizations over the years, so it is incredibly unique. But that is not all - Turkey’s coastal resorts, beautiful mountains and ski slopes offer enough and more adventure to those who seek it.

The trick is going to the right places at the right time. The best time to visit Turkey is between April and May and September and October. The weather in Turkey is rather mild during these months, so you will be able to explore the cities, and the outdoor ruins without worrying about the heat. This is a shoulder season, so there will be fewer crowds.

The high season is between June to August (for the rest of Turkey - this is shoulder season for Istanbul). In these months, the number of tourists increase, and most of Turkey experiences a hot and humid summer.

Spring is a beautiful season in Turkey. The weather in Turkey is close to ideal, as it is warm, but not too hot. The flowers begin to bloom all across the country, so you will have pleasant scenery to look at in cities and in outskirts.

This is peak of summer, when the temperatures are the highest. The weather in the coast, towards the Mediterranean and Aegean coasts can be quite pleasant, especially with the sea breeze, but the weather is absolutely stifling towards the inland, so if you want to explore Turkey’s ancient heritage, this is not the best season for you to be traveling. This is high season, due to the Turkish and international summer holidays, so prices will peak. Book your tickets and accommodation well in advance.

By the first week of September, the summer heat starts to fade away, and the fall weather sets in. The days will be slightly shorter, but you will still have a pleasant tourist experience. There is very limited rain during this period, making it perfect for outdoor explorations. This is a shoulder season, so there will be fewer crowds, and the accommodation will cost less. However - be careful about hotels in the Mediterranean coast might already close from the season around October.

November to March is low season in Turkey because of the winter. The weather gets rather chilly, except for the southeast (near Antalya). There is a chance of snow in most places, including Cappadocia, especially in January and February. The low season means cheaper accommodation and fewer tourists, so this might be an appealing time to travel for some.

Tours and Holidays in Turkey 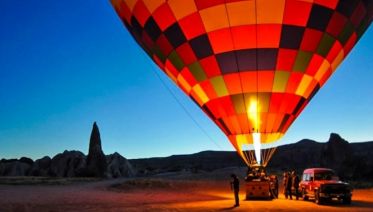 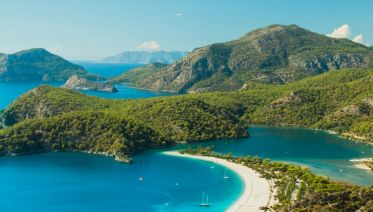 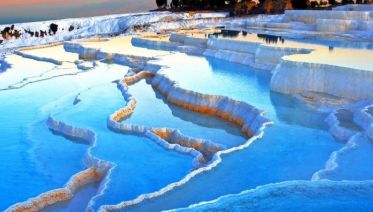 Top 10 Best Things to Do in Istanbul

Istanbul is a city with a rich history..