There are a few natural phenomena that attract great fanfare all around the world. The Northern Lights is surely one such wonder, a sight that every traveller wants to experience at least once in their life. The Great Wildebeest Migration of Africa is another such wonder that is as (if not more) famous than those dancing lights. Splendid in its own right, this massive migration of millions of animals can only be seen in two places in the world – Tanzania and Kenya. Here are all the facts you need to know about the Great Wildebeest Migration, which brings nature at her stunning best!

Simply put, the Serengeti migration is an annual migratory movement of millions of animals, who migrate between the Maasai Mara and the Serengeti National Parks in search of greener pastures. Wildebeest form the majority of the herd making this annual pilgrimage, but they are also joined by gazelles, zebras, and countless predators in search of their next meal.

The Wildebeest migration happens throughout the year, with the animals seeking out the best place for them to graze and find water. The migration patterns are fairly fixed throughout the Serengeti, but the exact time of the migration depends on the rainfall patterns of that specific year.

The Serengeti migration is considered to be one of the New Seven Wonders of the World, and for good reason. For millions of years, the animals in the Serengeti have followed this path, fighting for their survival. It is a spectacle to see the hundreds of thousands of wildebeest stampede across the fields, feeding and taking care of their young at the same time.

It is nature at its best — and it is a spectacle that will fill you with awe about the circle of life, and the intricacies of the animal kingdom. After all, the Serengeti’s ecosystem is the oldest in the world- and you will get to be a part of something that is over a few million years old, just by visiting!

The migration usually happens in the Serengeti National Park in Tanzania, and the Maasai Mara National Reserve in Kenya.

The migration takes one full year to go full cycle. In theory, this means that you can catch the migration throughout the year- you just need to go which part of the Serengeti you should go to. The best time to visit depends on what you want to see.

However, you should know that the best time to visit Tanzania and Kenya is between June – October, when the weather conditions are the best.

The Serengeti migration is a cyclical event that happens every single year. Each year, the wildebeests and other animals follow a certain pattern in their movement across the Serengeti. There are certain distinctive phases which mark the important events that happen during the migration.

Around January and February, the wildebeest give birth to a whopping 300,000 – 400,000 calves, within 3 – 4 weeks of each other. This birthing happens in the plains, usually around the Ngorongoro Crater, and the Olduvai Gorge. In fact, they have been doing this for more than a million years at the same spot! This is definitely a sight to behold — not only because of the sheer numbers, but the fact that the wildebeest cubs are quite miraculous. Within minutes, the calf is able to run with the herd! You will also get to see many predators engaging with the wildebeest during this period — especially hyenas, jackals, and even lions.

Around March, the dry season begins, and the wildebeest begin moving to the west, towards the lush woodlands. The plains start drying up, so they follow the rains and move to the west from Olduvai Gorge, towards the smaller lakes such as Masek, Ndutu and Largaja.

By April and May, the migration starts moving towards the north. This is the ideal time to visit the areas around Seronera and Moru Kopjes, as most of the action takes place there — with millions of animals making their way north, including zebras, gazelles, and wildebeest. The wildebeest travel through the Grumeti Reserve, and Ikorongo, and some travel north through the Serengeti National Park itself.

This is when the animals cross from the Serengeti into the Maasai Mara National Park in Kenya. This portion has a lot of river crossings- in the Mblangeti and Grumeti in Tanzania, and the Mara River in Kenya. The wildebeest first gather in huge numbers around the Grumeti River before crossing the river. The rivers are calm for most of the year, but they are rather ferocious following the rain, posing a big challenge for the wildebeest. Moreover, this is the annual feast time for the crocodiles in the waters, especially in the Mara River. Watching crocodiles hunt the wildebeest is not a sight for the weak-hearted.

In the Maasai Mara

Once the wildebeest are in the Maasai Mara, they spend a few months feeding and filling themselves, due to the abundance of green pastures. By October, the wildebeest migration starts from the Maasai Mara, towards the south this time. They migrate across the river, into the Serengeti National Park, and western Loliondo, reaching the southern Serengeti in November, by the time it starts to rain there.

These facts will let you plan your holiday to Tanzania and Kenya, and help you prepare for the mind-boggling sight you are about to witness!

Tours and Holidays in Tanzania
Previous Next
View all Tanzania Tours
Published by Marie Storm, updated on May 3, 2021
Tweet
Create your custom-made trip to Tanzania 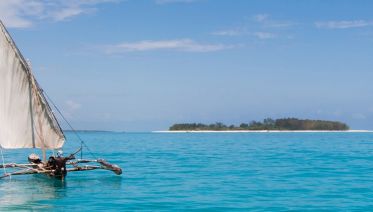