Supporting Ukraine together. Check our homepage for further details.
Customize a trip Chat with a local travel specialist who can help organize your trip.
Start Here
Home   ›   Travel Guide   ›   Health and Safety while Trekking, Including Altitude Sickness
Tweet

Trekking is generally very rewarding and a lifetime experience. While trekking is not dangerous, health and safety should always be kept in mind. Whether you're going for the Everest Base Camp trek in Nepal, the Inca Trail in Peru, or wanting to trek Kilimanjaro in Africa, all tour companies on Bookmundi will always have been carefully selected, to ensure that you get an as good and safe trekking experience as possible. We still recommend, however, that you always prepare yourself as much as possible and go through the below information on health, safety and altitude sickness while trekking. They may come in handy.

What is altitude illness?

Altitude illness also known as altitude sickness is a pathological effect of high altitude on humans, caused by acute exposure to low pressure of oxygen at high altitude. Should it occur it will often be above 8,000 ft and may manifest itself in either AMS – Acute Mountain Sickness, or the more serious conditions HACE and/or HAPE. Altitude illness should always be taken serious as ignoring it may ultimately lead to death. In most instances, however, listening to the body and taking the necessary preventative measures, as outlined below, will entirely prevent AMS from occurring, or remove it, if occurred.

How is altitude illness caused?

Up to an altitude of around 8,000 feet the driving pressures should be high enough to provide sufficient oxygen levels. When entering terrain of 8,000 feet and higher pathophysiological changes may start to manifest due to lack of oxygen.

What are altitude illness symptoms?

AMS is the most common of the three altitude illness conditions and is normally the predecessor of the two other and more serious conditions. AMS consists of headache plus any one of the following symptoms in varying degrees:

AMS may set in within hours or days having been in altitudes above 8,000 ft. The onset of symptoms is usually gradual and when trekking it is therefore important to continuously be watching out for early warnings such as excessive tiredness or headaches.

High Altitude Cerebral Edema (HACE) is a more serious condition probably caused by shifts of fluids into the tissues of the brain which causes swelling within the confines of the skull. The result is a higher skull pressure that may lead to lethargy and eventually coma. The symptoms of HACE are an extension to those of AMS

Anybody believed to have symptoms of HACE should immediately descend with assistance from others. This situation is serious enough to justify helicopter evacuation as if HACE is progressing to much it may ultimately lead to death.

High Altitude Pulmonary Edema (HAPE) is another serious condition which may either be following AMS or appear independently without any signs of AMS. As a result of low oxygen levels the pulmonary artery may narrow resulting in exudation of blood near the smaller branches of the lungs. A prolonged exudation may result in blood escaping into the aveoli leading to coughing with watery blood-tinged phlegm. Such exudation of the lung tissue may interfere with the oxygenation causing shortness of breath even at rest. The symptoms of HAPE are:

How to prevent altitude illness?

The best way to prevent altitude sickness is to ascend gradually. When above 3,000 m it is not recommended to ascend more than 300-400 m per day. Even if you’ve not ascended more than 300 m but still feel a headache, tiredness or any other of the above listed altitude sickness symptoms, always take a rest day to further acclimatize. Moreover, keep on drinking enough water so as to stay hydrated. Proper hydration helps to prevent altitude sickness. Please therefore also always stay away from alcohol when trekking. The general water drinking guideline is to drink 1 liter of water per 1,000 m. To exemplify, if at 4,000 m then 4 liter of water should be consumed per day, if at 5,000 m then 5 liter of water etc.

Another recommended way to prevent altitude sickness is the use of Diamox (Acetazolamide) pills so as to speed up the acclimatization. As soon as you ascend more than 3,000 m you can start taking 1 pill per day. Alternatively only take Diamox pills if starting to feel any of the altitude sickness symptoms.

How to treat altitude illness?

We hope the above answers any questions you may have to Health and Safety. If not, please do provide us with feedback. We will then do our utmost to rectify any information you may feel is missing. 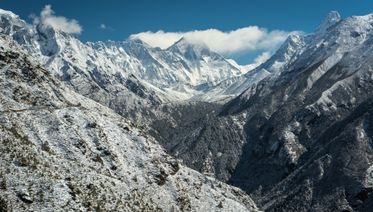 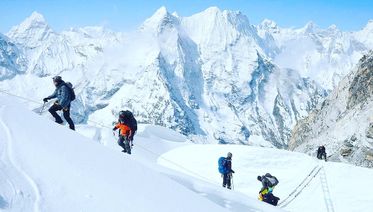 For every trekking season below we list the a ...

Altitude Illness while Trekking in Nepal

What to Pack for Trekking? Equipment Guide

In order to fully enjoy your trek in the Hima ...

Everest Base Camp vs Kilimanjaro: Which one should you go for?

The Himalayas are the roof of the world, and ...

As exciting as it is to spend time in Kathman ...

How to Get From Kathmandu to Pokhara

Kathmandu to Pokhara Pokhara is one of the mo ...

Normally Nepal is all about Mt. Everest and t ...

Everest Base Camp vs Kilimanjaro: Which one should you go for?

The Himalayas are the roof of the world, and ...

15 Best Things to do in Pokhara, Nepal

If Kathmandu is known for its culture and her ...

Things to Do in Nepal

Located between the majestic Himalaya Mountai ...

Nepal in July: A Monsoon Experience

July is an interesting month to travel to Nep ...

Nepal in September: Festivities and Adventure

Nepal in December: Treks and Wildlife

Top 10 Nepalese Food You Need to Try, other than dal bhat & momos

You cannot escape dal bhat when you are visit ...

For its humble size, Kathmandu offers some su ...

Dal Bhat is a Nepali meal which basically mea ...

9 Nepali Momos and Where to Find Them in Kathmandu

Like gyoza in Japan, gnocchi in Italy, Momo i ...

How long to spend in Nepal

7 Days in Nepal: Our Recommendations

Most travelers heading for Nepal plan a fortn ...

10 Days in Nepal: Our Recommendations

Great Nepal Itineraries: How Many Days to Spend?

From jaw-dropping mountain vistas to brightly ...

You may also want to see our tours and holidays in Nepal: