Colombia, a verdant lush country located in the north of South America, is a place whose reputation precedes it. With a rich cultural heritage, tropical environment, archaic history and hints of adventure right around the corner, has always been a dream destination for many travelers. The magic can be felt right from Cartagena’s old town to La Guajira’s intimidating yet cozy dunes and deserts. As with most countries, it may be critical to find out when the weather in Colombia is just right when you visit. Want to know when to visit Colombia? Read on to find out!

Colombia has many things to offer, from the many national parks to the mountain ranges. Revel in the street art of Bogota or feel yourself enraptured by the Caribbean coast, Colombia definitely has something for everyone, making it the perfect destination for everyone! Between December and March is when most of the crowds head to Colombia. There might be some sporadic rains, but it is definitely possible to manage those. This is the peak tourist season for those who are traveling to popular destinations like San Andres and Providencia.

The shoulder seasons between March-September are also among the best time to visit Colombia. The weather is usually quite pleasant during these shoulder months, barring occasional showers. This makes it a good time to visit as the tourist numbers are more controllable, making it easier to get accommodation without booking months in advance.

The weather in Colombia is rather pleasant. During these months, you can be sure to find sunny skies with warm days, particularly in the Andes. The weather everywhere else is quite dry, with the Amazon San Andres, and Providencia being quite tempting. The weather is slightly warm, but not overwhelmingly so, and there is usually no rain either.

Colombia has two dry and two wet seasons, and April – June is one of them. Parts of Bogota even get around 75 mm of rainfall in April. The wet season starts towards the end of June with temperatures rising and dry days disappearing. If the rain does not bother you that much, then this time is a good time to visit and get accommodation for throwaway prices!

As Colombia has alternating dry and wet seasons, July – August is the dry season. The dry season may not get overwhelmingly hot, or wet, making among the best time to visit Colombia. While Bogota may have a secondary rainy season in the early days of July, the rest of Colombia runs dry. This weather is the best to go whale watching around the pacific coast. This gives you a great opportunity to explore Colombia when the weather is pleasant, and without having to fight away the crowds that gather during the peak season.

September to November runs wet yet again. This may be a fair time to visit Colombia. Temperatures do start to drop compared to the previous three months and the rainfall definitely increases with even flash floods around Cartagena. The Caribbean coast also can be quite wet. However, there is no need to despair as this may be the best time to go for a hike along the amazon and experience the magic of the rainforest, as the amazon’s rainfall is lowered.

Tours and Holidays in Colombia 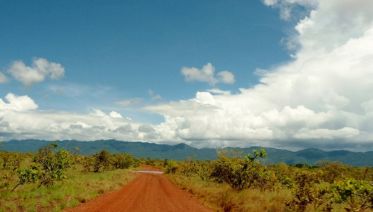 Ultimate South America with Carnival and Uruguay
From US$ 25,525 195 days 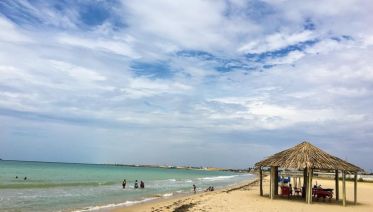 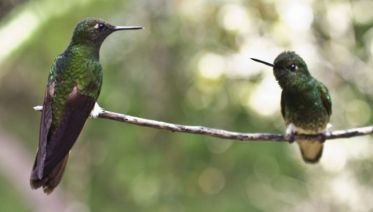 Cartagena to Rio via Uruguay
From US$ 16,720 134 days
View More Tours
Tweet
Tours in Colombia