For those looking for an authentic and challenging alternative to the overcrowded Inca Trail, the Choquequirao trek, taking you out to the lesser-known ruins of Choquequirao, could be the perfect option. For trekkers wishing to really test themselves, this can be turned into a longer trek of around nine days that passes Choquequirao and continues right on to Machu Picchu itself. Due to the scenic vistas and challenging trekking trails, this trek is also considered as one of the best treks in Peru.

Choquequirao trek is an appealing alternative trek to the Inca Trail. The lesser known ruins of Choquequirao features similar architecture and layout to the more famous ruins of Machu Picchu but is far less excavated and restored. The trek also offers the opportunity to see local plant and wildlife including, the iconic Andean condor.

The ruins of Choquequirao become visible in the distance early on the first day as the trail descends into the Apurimac Valley. The second day involves climbing up the far side of the valley, finally reaching the ruins in the afternoon. After a guided tour of the ruins the following morning and the chance to learn about Inca culture and the significance of both Choquequirao and Machu Picchu, trekkers trek back along the same path.

Leave from Cusco to the start of the trail at Cachora. The trail leads down into the Apurimac Canyon and it is already possible to catch glimpses of the Choquequirao ruins in the distance. Trekkers cross the Apurimac River and begin the ascent on the other side of the valley, making camp at Chiquisca. Some groups press on to the quieter camp at Santa Rosa.

This is the toughest part of the four-day trek as the path leads up to the Choquequirao ruins. The camp site is near the ruins.

Exploration of the ruins. Trekkers then make their way back down to the Santa Rosa or the Chiquisca campsites where they sleep.

Day 4: Trekkers return back to Cachora for transport back to Cusco.

It is possible to extend the trip by a day so that the third day is entirely devoted to the exploration of the Choquequirao ruins and the return journey begins on day four. On the way back, it also possible to pass by Huanipaca instead of following the same path as before.

For those looking for a real challenge, it is possible to trek out to Choquequirao and then from there, instead of returning the same way back, continuing on to join the Salkantay Trek and walking all the way to Machu Picchu. Various itineraries are available but a nine-day trek could look per the following:

The same itinerary as outlined in the above 4 Day itinerary, for the first two days. On day three, after a tour of the Choquequirao ruins, trek either to the campsite at Pinchinuyoc or Rio Blanco. From there, over the next few days, the trek passes through Maizal (about 3,000 m), Pajonal (about 4,000 m), Yanama (about 4,100 m), and over the Yanama pass (4,668 m) and then joining the Salkantay Trek to arrive at the ruins of Llaqtapata on day eight. Transport is provided to Agua Calientes where trekkers spend the night. Day nine includes a tour of Machu Picchu and transport back to Cusco by train and bus. This 9 day trekking itinerary is great, but should only be attempted by fit trekkers in the company of a professional trekking guide.

During the coldest months, you will require adequate clothing and equipment. This is especially true if you choose the nine-day version since the temperatures at the highest altitudes will be lower. It is not recommended to attempt the long trek from December to March since crossing Rio Blanco during this period can be treacherous.

Altitude sickness can be a problem above 2000 - 2500 m and it is recommended to spend two days in Cusco to acclimatise before trekking. Early symptoms include nausea, vomiting, fatigue, headache and dizziness, and anyone displaying these symptoms should immediately descend to a lower altitude to recover. This is especially important for those attempting the nine-day trek through to Machu Picchu since parts of the trek reach altitudes over 4,500 m.

The four-day Choquequirao trek has a moderate difficulty, and requires an average fitness level. You should only attempt the nine-day trek to Machu Picchu if you have a good level of fitness. Up in the mountains, if you struggle to keep up with the group, you will spend the whole time suffering and you won’t enjoy the trek. You can prepare for the trek by eating healthy and trying some easier hikes.

While the 4 day Choquequirao trek doesn’t take you to Machu Picchu, it does allow you to visit remote ruins visited by far fewer tourists, in a beautiful region of Peru. If you can’t stand the crowds, the Choquequirao trek might be the perfect Peru trek.

Tours in Choquequirao
Previous Next
View all Choquequirao Tours
Published by Jane Andersen, updated on May 13, 2021
Tweet
Create your custom-made trip to Peru

Traveling to Peru? Chat with a local travel specialist in Peru who can help organize your trip. 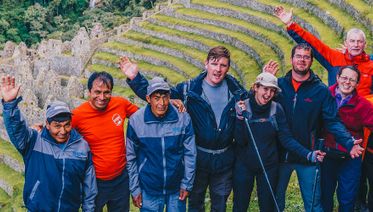 View More
5 Comments We welcome your questions or comments to this article. Our travel experts will respond within 48 hours. 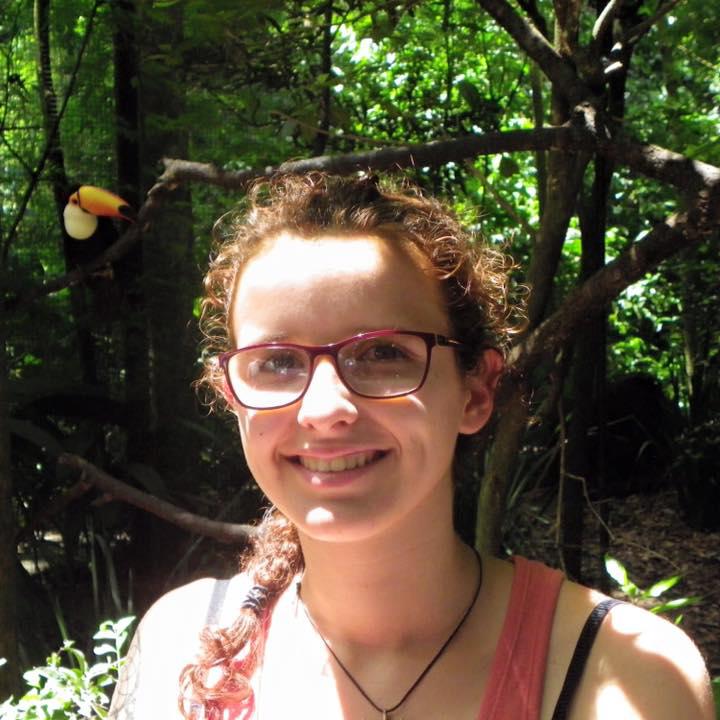 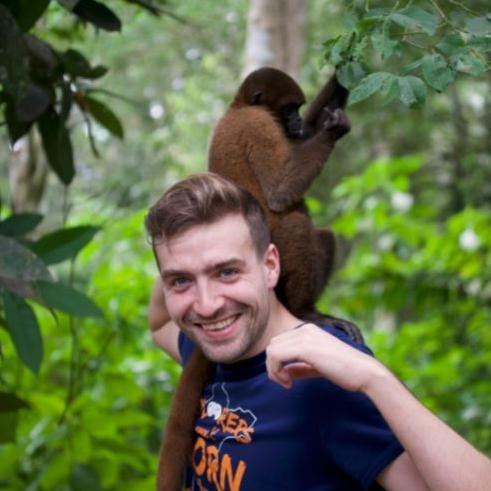 Treks and Hikes in Peru

Whether you’re an avid hiker or an enth ...

This is the big one and one of the best treks ...

Santa Cruz Trek: Walk in the Shadow of Giants

The Santa Cruz Trek is one of the most popula ...

Of all the alternatives treks to the famous I ...

The Cordillera Blanca is Peru’s premier ...

For those who feel the magnetic pull of the m ...

Of all the alternative Peru treks to the Inca ...

Visitors to Peru have been venturing further ...

Lares Trek vs. The Inca Trail

The Lares trek vs. the Inca Trail. Which one ...

The Dead Woman's Pass: Do You Have What it Takes?

For any hiker attempting the Inca Trail, one ...

For anyone short on time or concerned about t ...

The Quarry Trail to Machu Picchu

Of all the alternative treks to the Inca Trai ...

Practically every visitor to Peru wants to vi ...

The remote and spectacular Colca Canyon is on ...

Peru is a country perfect for lovers of the g ...

Arriving in Cusco is an adventurer's paradise ...

Is there any city on earth more mysterious th ...

10 Best Hotels Near Machu Picchu - From Budget To Luxury

Unless you arrive on foot via the Inca Trail& ...

From Lima to Machu Picchu: How to Get There

There are many options to travel from Lima to ...

So, you’ve set your eyes on travelling ...

Best of Peruvian Food: 10 Dishes You Need to Try

The Amazon has caught the collective imaginat ...

Central Andes: The Trip of a Lifetime

Peru has been attracting millions of visitors ...

Only a short bus journey from the world-famou ...

Nestled in the cloud forests of remote northe ...

How to Get From Lima to Huaraz

Best Ways to Travel From Cusco to Puerto Maldonado

Most visitors to Peru head straight for Cusco ...

From Lima to Machu Picchu: How to Get There

There are many options to travel from Lima to ...

Best Ways to Travel From Lima to Cusco

A trip to Lima offers exciting nightlife, a v ...

Peru is one of the most compelling destinatio ...

So, you’ve set your eyes on travelling ...

Argentina in October: Witness the Marvels of Spring

Planning a Trip to Peru: All You Need to Know

Nestled between the Pacific Ocean and the mig ...

What to Do in Peru

Top 12 Things To Do in Cusco

Lima is one of the largest cities on the Sout ...

The Sacred Valley Tour: A Must Stop Before Machu Picchu

The Sacred Valley of the Incas is best known ...

Things To Do in Peru

12 Things To Do in Manu National Park

Located in the region where the tropical Ande ...

How Long to Stay in Peru

Great Peru Itineraries: How Many Days to Spend?

Peru is home to several wondrous sights that ...

10 Days in Peru: Our Recommendations

2 Weeks in Peru: Our Recommendations

One Week in Peru: Our Recommendations

Spending 1 week in Peru is enough to tick off ...

When to Visit Peru

April marks the end of the wet season and the ...

Rain can be a hassle if you are heading for P ...

Peru in October: The Month Before the Rain

October is the last month of the dry season i ...

Since some of Peru’s most popular hikin ...

Peru in December: Month of Festivities

From the mysterious Nazca Lines to breathtaki ...

Peru in September: Exploring Peru at its Best

September brings the joys of spring in Peru. ...

January is the best time to explore Peru&rsqu ...

Peru in November: For Outdoor Adventures

November in Peru is the beginning of the rain ...

August lies smack in the middle of the winter ...

Peru in May: Start of Autumn Season

The rainy season comes to an end in Peru in M ...

Peru in June: Calm Before the Tourist Season

Peru in July: All You Need to Know

July is an ideal time to visit both the highl ...

You may also want to see our tours and holidays in Peru: