Kruger National Park is the jewel in the crown of South Africa’s national parks and no trip to South Africa is complete without a visit. Not only is it one of the oldest reserves on the continent but it is also one of the best organised and best managed. The range of species that exist in the park is astounding and any trip to Kruger offers a real chance to see lions, leopards, hyenas, giraffes, hippos and many more. Kruger’s population of elephants is flourishing and Kruger is also home to around a quarter of the world’s population of wild rhinos. For these reasons, it is no wonder that Kruger is also one of the most popular safari destinations in Africa. Here is a guide to the best times to visit.

Since Kruger National Park can literally be explored all year round, we have refrained from categorizing the best time to visit the park into rigid seasons. Instead, we suggest recommended times to see the highlights of Kruger. You can decide when to go to Kruger, depending on what you want to see.

This is the end of the rainy season. There is still heavy rainfall, especially in January and February, but moving into March, the rains become less intense. Daytime temperatures are hot. At this time, the park is still very lush and it is not the best period for spotting animals. Conversely, this is when migratory birds arrive so it is a good time for bird-watching.

In April, there is noticeably less rain although some still continues to fall. Temperatures begin to cool. Vegetation begins to change from green to brown, but conditions are not yet optimum for spotting animals.

By May, there is much less rainfall and vegetation becomes sparser. This significantly improves the conditions for spotting animals.

By this time, there has been little rain for some time and the vegetation is at its sparsest. September, and the start of October in particular, see the park at its very driest. Water is scarce and animals are drawn to waterholes to drink. This is perhaps the best time of the year for seeing animals. During the dry season, malaria-carrying mosquitos are also much less common and the risk of contracting the disease is much reduced.

The start of October is dry but later in the month, the rain arrives, bringing new life to the park’s vegetation. It is difficult to know exactly when the rains will arrive and, if visiting the park towards the end of October, it is hard to predict what the weather and conditions will be like.

By November and December, the rainy season is in full swing. The park turns green and spotting animals becomes more difficult. However, this is the time of year for calving and it can be possible to see newborns. Malaria-carrying mosquitos return and the risk of contracting the disease increases. Daytime temperatures begin to reach their hottest at this time of year and nights are warm.

Kruger National Park is a year-round destination, remaining busy throughout the year, and each season brings a different atmosphere to the park. However, most people probably want to maximise their chances of seeing wild animals, and, this being the case, the best time to visit is during the dry season from May to the start of October. At this time, the odds of spotting the iconic animals that are the park’s prime attraction are at their greatest.

Tours and Holidays in South Africa
Previous Next
View all South Africa Tours
Published by Marie Storm, updated on May 9, 2021
Tweet
Create your custom-made trip to South Africa 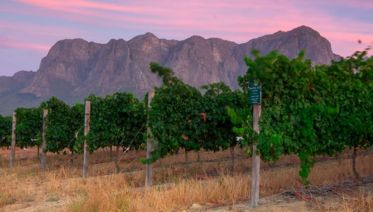 Going on wildlife safaris and spotting the Bi ...