There are few places in the world that can fill you with the kind of tranquility you feel when in Belgium. The country’s historic cities, splendid architecture, wonderful chocolate, and mind–blowing beer makes it one of the best places to travel to in the entire world. It’s a highly intriguing country with an extremely rich culture and heritage. If you want to explore Europe in its most romantic form, make sure you visit Belgium.

If you are traveling to Belgium, you have to think about the weather in Belgium. This guide will help you find out the best time to visit Belgium, depending on your budget and what you’d like to do. Read on to find out all you need to know about traveling to this beautiful country.

Belgium is a country you visit when you want to enjoy the beauty of Europe in a leisurely and luxurious manner. You have to take in the stunning beauty of Ghent, and stop for a steaming hot mug of Belgian hot chocolate. You can hike up the stunning Ardennes, and stop for a bit to write down your thoughts in a journal. Belgium’s beauty is meant to be savoured slowly. That’s why this is a country you will always come back to – no matter how many times you visit.

Thankfully, Belgium’s climate is rather moderate, even though it follows the standard temperature as the rest of Europe. Most of the bigger cities in Belgium, like Brussels, Ghent, Bruges, and Antwerp are all year – round destinations, but each season has something special to offer. So, when is the best time to go to Belgium? Read on to make your decision.

If you want pleasant temperature throughout the country then this is a great time to travel to Belgium. From Wallonia to Flanders, the entire country enjoys warm sunshine, with pleasant afternoons throughout this season. This is a shoulder season, so the crowds would be fairly less– except during the weekends, when many Britons and Europeans make weekend trips to Ghent and Bruges. The price of accommodation and travel would be cheaper during these months than in summer.

The weather in Belgium will be warm during this season, but the heat won’t be unbearable. There might be some intermittent rains around the country. This is the high season, due to holidays in rest of Europe, America, and UK, so expect a lot of crowds all around the country, especially in the bigger towns and the coastal areas. If you want cheaper tickets, or good accommodation, make sure you book your tickets well in advance.

September and October are splendid months to travel in Belgium. The summer heat begins wearing off, and the slight chill of winter begins settling in. The fall weather looks spectacular in the countryside, and towards the north as well. This season can get quite wet, especially since the coastal winds will start to blow the rains in. There will be a dip in the number of tourists in the country, following the busy summer, so you can expect some discounts in hotels and tickets!

Winters in Belgium can get rather wet and chilly. There are times when the canals freeze over as well – making it easy for ice skating rinks to be formed. There will be showers towards the coastal areas. It will get quite chilly, but it is not the country with the lowest winter temperatures in Europe – so you can still enjoy a number of outdoor activities.

Published by Marie Storm, updated on May 4, 2021
Tweet
Create your custom-made trip to Belgium

Travelling to Belgium? Chat with a local travel specialist in Belgium who can help organize your trip. 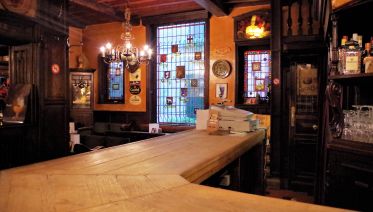 You may also want to see our tours and holidays in Belgium: