Thrill to a culture-stuffed vacation in an insanely diverse country that’s developing at breakneck speed. China is a place where sprawling suburbs extend ever outward and cutting-edge skyscrapers are continually popping up. Despite the souped-up pace of modernity, ancient traditions and buildings are ever-present and perfect for exploring.

Perform Tai Chi in a centuries-old temple, camp out on the Great Wall, prop up the bars of Beijing's hutong alleys and hike through misty, green-covered hilltops. To make the most of what the country has to offer requires careful vacation planning and preparation. This ultimate China travel guide will equip you with essential tips to tour China and enjoy a carefree time while exploring the world's most populous country.

China is easy to get to from many parts of the globe.

China is accessible via flights from numerous countries. From places like the USA, Canada, Japan, and South Korea you can fly to many popular destinations such as Beijing, Shanghai, Guangzhou and Chengdu.

Travelers from the United Kingdom can fly non-stop from airports in England and Scotland to Beijing, Shanghai, Guangzhou, Qingdao, and many other cities. Air carriers include British Airways and Lufthansa.

China is bordered by 14 countries including Russia, Mongolia and Nepal. You can visit China from either of these three countries by road or train, including via the Trans-Siberian Railway, the longest railway in the world. It links Russia with China and has connecting branches into Mongolia.

China has a Pacific coastline that extends for more than 1,600 kilometres. Its ports can be reached via ferry services from several countries including Japan, South Korea and Taiwan. Cruise ships also depart from Alaska, Sydney and London among other places.

Below are our picks of the 5 best places to visit in China.

In many ways, China is a country of contrasts and can be explored via high-class luxury or low-budget backpacking. How much money you take depends on your own travel style, preferences and means.

China has an efficient and modern transportation network with good road, rail and air connections between towns and cities. However, local transportation can be unreliable except in the big cities with their dependable metro systems. Bicycle renting is popular in many places.

One of the best ways to get around if you are traveling long distances is via the high-speed rail network. Not only is the service fast, comfortable and reasonably priced but the journeys tend to be more scenic than those by road.

There are also extensive bus networks between cities operating buses of differing comfort levels. Some buses are relatively new while others have been in use for around 20 years, especially those in rural areas. Sleeper buses are available but with narrow berths that don’t recline fully, they're an uncomfortable option.

Another way to get around is by rental car, but foreign nationals are not permitted to drive on the country's roads, so be aware that your car will come with a driver.

China is a very big country. Depending on how you are planning to travel and where you want to visit, the length of your trip can vary. Assuming you want to see all the best sites including the Great Wall of China, Beijing, Shanghai and the Sichuan province, it would be a good idea to give yourself at least two to three weeks.

The best time to visit China depends entirely on what you want to do when you arrive. In terms of the weather, the best months to visit are during spring (April to May) and autumn (September to October) when conditions are at their mildest.

However, if you are visiting remote mountainous regions it’s best to travel between June and the end of August when the warmer temperatures make exploring them more comfortable.

If you don't mind it cold and wet, November to early March are good months to visit. This is the low tourist season which means attractions are less crowded and you can save money on transport and accommodation. For winter sports and ski slopes blanketed with crisp, white snow make your travel plans for December to February.

To coincide your visit with lively and colorful parties, the best time to travel to China is late January or early February for Chinese New Year celebrations, between early September and early October for the Mid-Autumn Festival, and late May or early June for the Dragon Boat Festival.

All non-Chinese nationals must obtain a visa to enter mainland China. If you are from the US, UK or anywhere else in Europe you have to complete an application attached with a recent color photograph. Then submit them to your local Chinese embassy or consulate. You will need your original passport which must be valid for at least six months.

Chinese customs authorities recommend applying for your visa 30 to 90 days before your intended date of travel.  Visas are valid for three months from the date of application and permit the holder to a one-month stay from the date of entrance. Extensions can be applied for at the Public Security Office in any Chinese city.

Some countries have mutual visa-free agreements with China including Brunei, Japan, Mauritius, Fiji and Ecuador. British nationals can travel to Macao and Hong Kong without a visa.

China is a relatively safe and non-violent country with a low crime rate. In general, it is safe for solo women travelers to explore. That being said, we are including a few safety tips for traveling in China:

You can visit the China page from the US embassy website for more information.

Of course, you can visit China and wing it by creating your itinerary as you go along. However, doing so means you might not leave enough time to experience everything you wanted to. Avoid those vacation blues by researching your destination and planning ahead. Use these China travel tips to help you make the most of your adventure through this fascinating country.

China Tours
Previous Next
View all China Tours
Published by Kate Haley, updated on May 5, 2021
Tweet
Create your custom-made trip to China 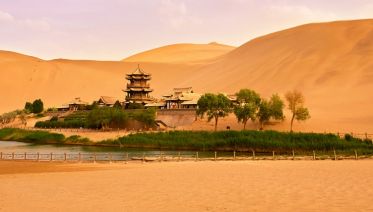