Customize a trip to China Chat with a local travel specialist who can help organize your trip.
Start Here
Home   ›   China Tours   ›   China Travel Guide   ›   Cruise on Li River: The Only Guide You Need
Tweet

Li River, the majestic waterway that connects Guilin with Yangshuo, carves its path through a breathtaking landscape. Ancient limestone karsts warped by time jut up around ancient villages where fishermen wait for a catch and water buffalo graze. Travelers who go on a Li River cruise often describe it as the highlight of their entire China tour.

Most visitors spend one night in Guilin, take a Li River cruise to Yangshuo and return to Guilin by car. The water journey from Guilin City or nearby Zhujiang Wharf to Yangshuo town takes between four and five hours, covering a distance of around 83 kilometers. For a more immersive experience, explore the Li River’s unforgettable landscape via a combination of bike, boat, and foot and spend anything from three days to two weeks in this enchanting land.

Around 60 kilometers from Guilin City is one of China’s most famous landscapes, Yellow Cloth Shoal. Here, seven peaks frame a wide curve in the Li River, creating a perfect reflection in the water below. This view has inspired shan shui (mountain-water) artists for 1,500 years.

More than 1,000 years old, Xinping town is known for its stunning scenery. From a Li River cruise, you can see many of the town’s landmarks including Snail Hill, Lotus Crag and Xinping fishing village.

Also known as “painted hill”, Nine Horses is a steep cliff just a few kilometers from Xinping town. Weathered over millennia, the cliff face has patches of yellow, white, black and green rock that remarkably resemble nine horses running and jumping across the cliff face. According to a legend, the horses are heavenly creatures that slipped down to earth to drink from the Li River and ended up being trapped in the cliff.

The unofficial mascot of Guilin, Elephant Trunk Hill sits at the confluence of the Li River and the Peach Blossom River. This magnificent karst formation resembles an elephant dipping its trunk into the river and has been a tourist draw since the days of the Tang Dynasty (618 AD – 904 AD).

Visible from the Li River, Crown Cave is named for its jutting peaks that resemble the top of a royal crown. Located 29 kilometers south of Guilin in Caoping Village, Crown Cave is an intricate system of 12-kilometer-long water-eroded caves. Access into the caves is possible via the Crown Cave dock or by bus from Guilin.

Tours in Guilin
Previous Next
View all Guilin Tours

The Li River flows down from the Mao'er Mountain, sustaining an ancient way of life on its riverbanks and nourishing the entire Guilin region. Seeing the unique landscape of the Li River from a Li River Cruise is truly one of the best experiences China has to offer.

China Tours
Previous Next
View all China Tours
Published by Kate Haley, updated on May 4, 2021
Tweet
Create your custom-made trip to China 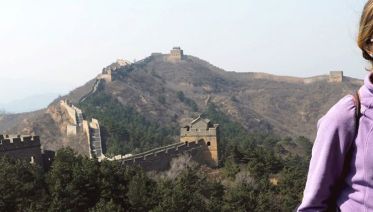