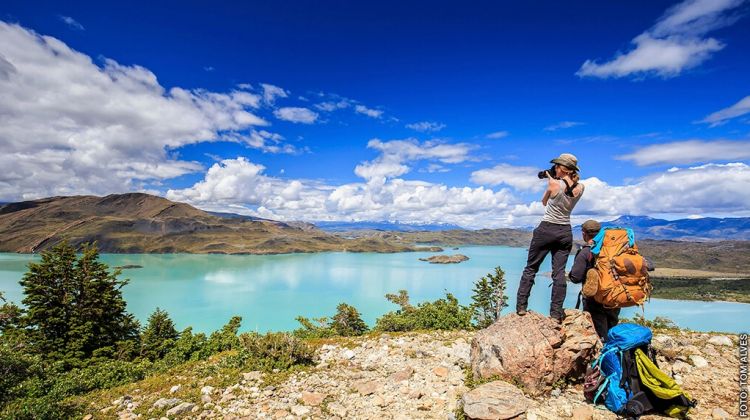 Tour with Flexible Booking Policy
HIGHLIGHTS
Explore majestic Patagonia with this short version of the W trek. Perfect for those adventurous travellers with limited time! The trek takes you through trails passing stunning glaciers, lakes, forests and the mighty Paine Towers, providing constant delight for your nature-hungry soul!

Become one with nature on this five-day trek that will lead you to some of the most stunning scenery you'll ever see. Reach the base of Torres del Paine, the base of Almirante Nieto Mountain, the base of Los Cuernos and the French Valley. On the way, you'll be amazed by the magnificence of Paine Massif, the Grey Glacier and Nordenskjöld Lake, among others.

You'll end up your adventure with a short boat ride on a Catamaran that crosses the blue waters of Pehoe Lake.
View More
CUSTOMER REVIEWS
5 - Excellent
Based on 4 reviews
The seamless organization was our highlight of traveling with Say Hueque
5 - Excellent
“Very happy that all our tickets bus, ferry etc were organised too. It saved us a lot of hassles.

The responsiveness and availability of English speaking people to help book tours made us to choose to travel with you.

Our favorite hotel is Torres central Refugio. I would recommend booking Paine Grande Refugio instead of camping for the W trek. We were able to upgrade. But if we hadnt been able to upgrade we would have left our last day by staying in camps which were nice but definitely not as food as the Refugio.”
Thanks again for a memorable trip
5 - Excellent
“Since i didnt know much about Patagonia, I felt it was very helpful to have Say Hueque organize the trip and book the hotels, buses, and W-circuit refugios. Everything went smoothly, except for the bus delay which I will explain below.

The bus left at 8:30, but it did not arrive at Puerto Natales until 4:30, so I missed the 2:30 bus. There were no other buses leaving that day, so my choice was to either find a hotel and return to the bus station at 7:30 the next morning, or pay 80,000 Chilean pesos for a private bus. I asked if they would call Say Hueque in BA, but they said they would not make an international call. I found a Chilean number to call, and they said they would contact you in BA. I did not have the funds to get a hotel room or pay for a private bus, so I thought I was going to have to spend the night in the bus station. Fortunately, you agreed to pay the 80,000 pesos for the private bus, which I am eternally grateful for, but it caused me several minutes of great stress trying to figure out how to get to Torre Central.

The woman at the bus counter says the buses are always late, especially Cootra and they would not recommend using that bus service. In the future, I highly recommend NOT booking the two bus trips from El Calafate to Torre Central on the W-circuit in one day. I would have travellers spend one day in Puerto Natales and catch the bus to Torre Central the next day. I would have to say my opinion of Say Hueque would have been very bad if you did not agree to pay the 80,000 pesos for the private bus. I realize it was not totally your fault that I missed the bus, but one hour is simply not enough time to expect the first bus to arrive on time. My return bus trip from Puerto Natales to El Calafate did not arrive in El Calafate until 2:30, so expecting the bus trip to take 5 hours is unreasonable.”
You could not improve on what we experienced
5 - Excellent
“The efficiency of all the logistics, pick ups, hotels and flights was our highlight of travelling with you.

The full paine rib trip was the best excursion. Connie, our guide at Las Torres was awesome.

You could not improve on what we experienced. Thank you very much you and your company provided a really superb service!”
We really enjoyed our South American vacation and want to thank you
4.5 - Excellent
“All the transfers worked out really well. Everyone was punctual. Tour guides were considerate and well informed. One negative to the trip was the stay at Refugio Grand Paine. Granted we were in the national park and the goal was to help us trek as much of the "W" as possible. However, we were unprepared for the unsanitary conditions that we encountered at the Refugio. I think going forward you might want to forewarn guests of the stark contrast especially when going from deluxe hotels to a setting such at that. Also, it would have been helpful if you had advised me to take along a towel as none were provided. The other feedback I would give was that after we hiked from Grand Paine Refugio to Grey Glacier to meet the catamaran, we searched a while before figuring out the location of where the boat would arrive. Clearer directions stating that the dock was situated by the Park Ranger Station would have been helpful. Other than that...we give Say Hueque high marks. We very much liked all of the hotels. Wish we had more time at the Singular in Puerto Natales but all the places were comfortable and had good service. Thanks again, Adios.”
ITINERARY
Alt. in: ALTITUDE MAP
Expand All
WHAT'S INCLUDED WHAT'S EXCLUDED
Why Book with Bookmundi
What are customers saying about Bookmundi
Excellent
4.71 Average 312 Reviews

Other Practical InformationIf you wish to travel during April or October, please be sure to let our travel advisors know, as there are itinerary modifications during these months due to operational issues.
NEED HELP OR HAVE A QUESTION ABOUT THIS TOUR?
If you have any question about this tour or need help with planning a trip, please do not hesitate to get in touch with us. We're ready to help.
Get help
Black Friday SUPER SALES UNLOCK DEALS
days 05 From US$ 1,287
Unlock US$ 64 in extra savings CHECK AVAILABILITY
Response Time: 2 hours Response Rate: 100% MAKE AN ENQUIRY 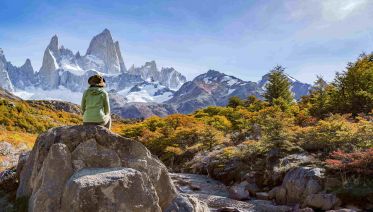 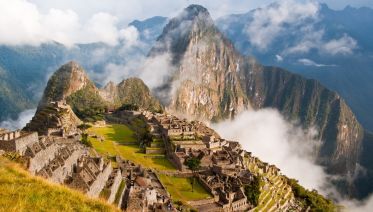 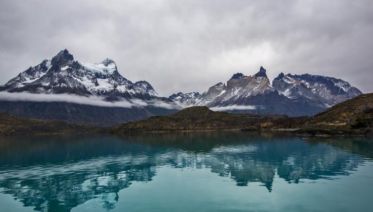 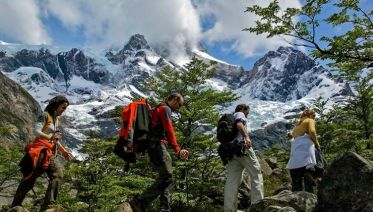 of 21 reviews
days5 From US$ 1,379
Other recommended tours
Related Chile tours and trips
Chile tour packages departing in
Welcome back!