If you a looking for adventure, unspoiled Himalayan landscapes, and a hard trek, Makalu Base Camp will be the trek of your life. Situated South West of Mount Everest at the border between Nepal and China, Makalu is the world’s 5th highest mountain at 8,463 m. With its steep and exposed ridges Mt. Makalu ... 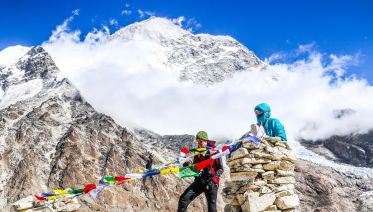 of 1 review
“Pasang and Pemba Sherpa (cousins) are the best 1, 2 punch combination for Himalayan trekking operato ...”
days15 From US$ 1,500 View Tour
Next Departures 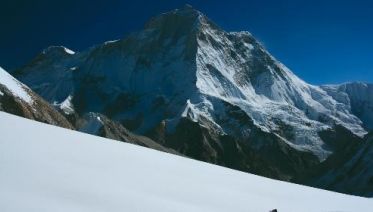 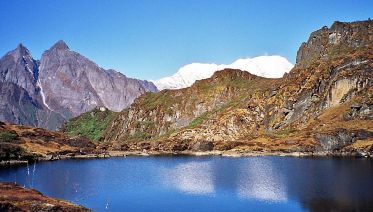 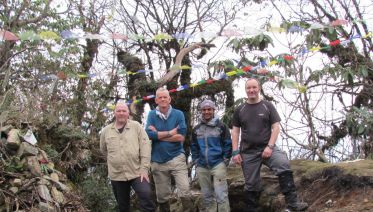 17 day trekking tour through Khandbari, Num, Seduwa and 9 other destinations in Nepal. Read More
days17 From US$ 1,800 View Tour
Next Departures 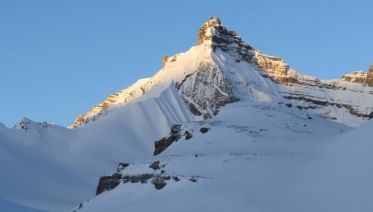 21 day trekking tour through Khandbari, Fururu, Num and 12 other destinations in Nepal. Read More
days21 From US$ 2,090 View Tour
Next Departures 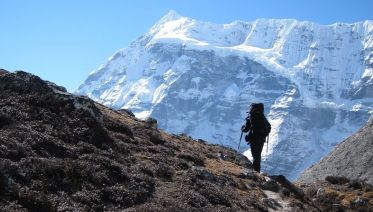 15 day trekking tour through Khandbari, Sakurate, Num and 10 other destinations in Nepal. Read More
days15 From US$ 1,880 View Tour
Next Departures
Showing 1 - 6 of 6 results
No results for your search criteria
Try clearing your filters to get more results
Create your custom-made trip to Nepal

5 - Excellent
Based on 3 customer reviews
Exceptional trek in the wilderness of Makalu Base Camp Reviewed Tour: Makalu Base camp Trek
5 - Excellent
“Pasang and Pemba Sherpa (cousins) are the best 1, 2 punch combination for Himalayan trekking operators in the region! Our recent trek to the Makalu Base Camp Trek, Makalu conservation Area NP, each brought a thorough and thoughtful approach to the logistical and exceptional elements of the trek. Even when encountering unexpected obstacles, both Pasang and Pemba maintained a calm and controlled demeanor and never once shifted responsibility, even when things that were clearly not their fault came up... they always owned the issue and managed the situation with our well-being and comfort at the forefront of their solutions.

Having never met either guide before landing in Kathmandu, and only corresponding via text messages with Pemba prior to the trip, we left a mere 8 days after arriving feeling as if we had not only made two new, amazing friends, but the kinds of friends we would be honored to call family!

Pemba and Pasang carefully and attentively balanced the authenticity of our experience with our comfort and physical well being for the entirety of our time, and even went above and beyond the footprint of the designed trek to provide additional experiences in Kathmandu with guided visits to the Bodinath Stupa and Darbar Square... both unexpected and amazing experiences!!!

In all my future visits to Nepal, of which my business and I are currently planning, we will be using the services of Pasang, Pemba and the rest of the team at Mount Adventure Holidays... we couldnt have been more pleased with our experience.”
Excellent Reviewed Tour: GHT Makalu & Everest Traverse via Sherpani Col
5 - Excellent
“It was 18 years since I was last in Nepal to summit Mera Peak. Following the damaging 2015 earthquake I wanted to return to give something back to the people. As a 61 year old male I knew that I would be tested on this remote and physical expedition but I wanted to trek on a path less travelled. The local team was well lead, efficient and the communications effective. The trip notes were comprehensive, accurate and informative. Complying with the gear list is essential. I had no illusions about the need to prepare authentically and carefully. I did so for 8 months. Nature and the weather can test you in ways you cannot anticipate but being physically and mentally prepared will reward you. Put your ego to one side and open yourself up to the spectacular scenery that the mountains in Nepal excel at. Each day was a step closer to the highlights of Sherpani Col, West Col and Amphu Labsta. Successfully traversing these passes exceeded my expectations and the team camaraderie ensured that. Deep thanks to World Expeditions for such an amazing adventure.”
Makalu Base Camp trek Reviewed Tour: Makalu Base Camp trek
5 - Excellent
“Soy Vietnamita pero trabajo en una agencia de espaa nunca habia pasado tan bien como aqui, en el trekking: Magnifica la organizacion que ofrece esta agencia de trek. Recomienable para todos al cien por cien.”

If you a looking for adventure, unspoiled Himalayan landscapes, and a hard trek, Makalu Base Camp will be the trek of your life. Situated South West of Mount Everest at the border between Nepal and China, Makalu is the world’s 5th highest mountain at 8,463 m. With its steep and exposed ridges Mt. Makalu is considered to be one of the hardest mountains to climb. Sir Edmund Hillary failed twice and even the mighty climber Reinhold Messner only reached the summit on his 3rd attempt.

Now, while this trek will not take you to the Makalu peak itself, (fortunately…) it will take you to Makalu Base Camp at 5,000 m and the 5,250 m ridge of Shershong from which you will have awe-inspiring views of Lhotse and Mt. Everest, along with many other peaks. Most of the trail goes through the remote and beautiful Makalu-Barun National Park.

At the beginning of the Makalu Base Camp Trek there will be a few guest houses available. However, as you are approaching Mt Makalu the region will become more and more remote and only camping will be available, at designated camp sites. In the Makalu region the use of firewood is prohibited and the only allowed source of heating is kerosene, which you will normally stock up on at Tumblingtar, the starting point of the trek. Due to there being few villages, it will also be necessary to stock up on food and bring water purifiers. While all this remoteness implies hardship, we can assure you that the reward is stunning with very pristine landscapes.

The Makalu Base Camp trek is simply an unforgettable trekking adventure of a lifetime!

All trekking agencies available at Bookmundi.com take safety seriously and are assessed on their safety standards after every trek, via trekkers’ feedback. The trekking agencies will therefore go through safety procedures with you during your pre-trek meeting about the Makalu Base Camp trek.