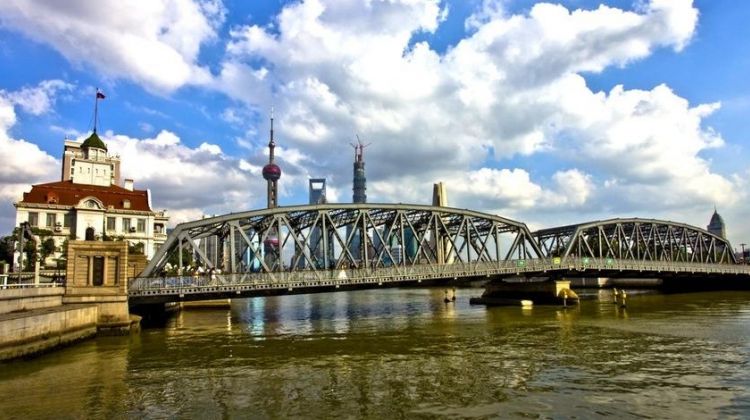 HIGHLIGHTS
There are lots of legends about the Bund in Shanghai, but how were the changes made to the farmlands into private wharf's and South-Asian style corridor built, eventually becoming an "international architectural exposition”? How was the westernized Public Park and the wide Yangtze Road built the Bund? Why did foreign consulates, Western firms and financial institutions setup their business right here? And why was the area called the Bund? Some of these answers are quite complex. On this tour we will reveal all secrets related to the famous The Bund.

We will visit the former Astor House Hotel which was the first western hotel in China but now part of a building which has been secretly changed to a huge compound with local Chinese living in old hotel rooms as their day to day family home. We will also visit Waibaidu Bridge, which is the first all-steel bridge, and the only surviving example of a camelback truss bridge, in the entire China. The present bridge was opened on 20 January 1908. With its rich history and unique design the Waibaidu Bridge is one of the symbols of Shanghai.

Next stop is the Bund's origin, where the Huangpu River and Suzhou Creek converge, regarded as the origin of the Bund and the city. The 138,000-square-meter area contains many historic buildings, such as the recently saved Shanghai Rowing Club, the Union Church and the former British Consulate.

We then walk through the back street of East Nanjing Road, visit the famous historic buildings including the Peace Hotel, where many historical figures have stayed here such as Sun Yat-sen, Charlie Chaplin, Field Marshal Montgomery, Muhammad Ali, Bill Clinton, etc. We will also cover some of Shanghai's landmarks such as former HSBC building, custom house and former British club.

We invite you on an exciting and informative journey about one of Shanghai's most famous areas - The Bund.
View More
WHAT'S INCLUDED WHAT'S EXCLUDED
Why Book with Bookmundi
What are customers saying about Bookmundi
Excellent
4.70 Average 335 Reviews

NEED HELP OR HAVE A QUESTION ABOUT THIS TOUR?
If you have any question about this tour or need help with planning a trip, please do not hesitate to get in touch with us. We're ready to help.
Get help
hours 02 From US$ 48
CHECK AVAILABILITY
Response Time: 3 hours Response Rate: 100% MAKE AN ENQUIRY