Customize a trip to Iceland Chat with a local travel specialist who can help organize your trip.
Start Here
Home   ›   Iceland Tours   ›   Iceland Travel Guide   ›   Why is the Laugavegur (Laugavegurinn) trail in Iceland famous?
Tweet

The Laugavegur Trail in Iceland could be compared, in popularity, to that of the Appalachian Trail on the east coast of The United States or the Pacific Coast Trail on the west coast, though not nearly as long. However, lengthy or not, Laugavegur is visited by thousands of hikers each year with all levels of experience. Some aim to complete the entire 49-mile trail while others want nothing more than to take in a few of the trails' breathtaking sights. At the end of the day, simply spending one minute on the trail would be a minute well spent. The rolling landscape is forever changing because of the geothermal activity below the surface of the trail. Hills move and crumble, landslides occur regularly, ice melts and creates small stream like paths into larger creeks and rivers and what was once a lush meadow is now a steaming hot spring. Whatever the reason for visiting Laugavegur, the experience is sure to be different from anything you have ever experienced.

The best time to visit the trail is during the months of June through September because that is when the entire trails usually experiences its best weather. In the winter months, some of the trail may be closed off or dangerous to cross because of ice melts, snow, and sketchy weather.

The Laugavegur Trail starts in the south west of Iceland near the hot spring hot spot of Landmannalaugar and proceeds further south toward the glacial area of Porsmork. The 49-mile trail is usually completed in two to four days with a variety of stops along the way. Some of the stops include overnight stays at the beautiful Emstur and Alftavatn Mountain Huts. Though the huts provide shelter for the night, it would be smart to bring a tent incase the huts are occupied. Reservations need to be made to sleep in any of the huts along the Laugavegur trail. Camping in designated spots outside of the huts is also available and requires a reservation to be made. However, to dodge the cost of reserving a place to sleep, if you have your own tent readily available there are plenty of off the path spots to set up camp for the night. The views from the comfort and privacy of your own tent will take you away from the luxury of sleeping in a hut and will fill you with a sense of pride.

Packing efficiently is key to having a good time on the Laugavegur. Though the trail is not the most torturous in the world (it covers just below 2,000 feet of elevation change), the fact remains that any trail can be made more enjoyable with the right gear. The option to hire a guide to take you along the trail and cook for you is available but costs a pretty penny (upwards of $1000) for the four-day venture. A solo trek is easily achieved but hikers should be prepared to carry their own gear and food. Some common pieces of equipment that will make the Laugavegur trail seem more like a stroll through the park include:

Though the route should be fairly easy to complete, there is a certain level of athleticism and experience required. With 49 miles of rolling hills, vertical hikes, river crossings, and rocky terrain that lacks any sense of paved path – the Laugavegur Trail is not for the novice hiker. Each hiker will also need to have experience with remoteness. Many portions of the trail are miles from civilization and (depending when you go in the season) there may not be one other person close enough to help should things go wrong. Basic hiking and backpacking experience is suggested along with basic first aid experience.

What is perhaps the best thing about the Laugavegur Trail is that it offers a free and open experience for all. There is no cost to camp or hike the trail (unless staying in the huts mentioned before). Hikers can literally walk onto the trail and start a few days of their own adventure. There is no set time to complete the trail, no guide telling you to keep moving, or a person to tell you to move your tent. Hikers have the beautiful Icelandic countryside as their front yard to view, relax, and explore at their own leisure. Like most hot springs in Iceland, the ones here are fueled by geothermal activity beneath the earth, creating steam trails along Laugavegur and offering hikers many opportunities for a hot bath. During the winter months, though the trail may be more of a challenge, hikers will be presented with an opportunity to experience the Northern Lights in the darkness of the night. The isolation and solitude that Laugavegur offers provides many a perfect view of the lights without the light pollution provided by cities and towns.

What makes the Laugavegur Trail even more appealing as an Icelandic hiking destination is that travel to and from the trail is fairly easy and inexpensive. Just like many tours in Iceland, some tours to Lanughavegur are available in Reykjavik and offer transportation to the trailhead in Landmannalaugar. Aside from a guided tour, there is also transportation available from Reykjavik and information about travel to and from the trail can be easily found at the Reykjavik Tourism Center. When the trail is completed, there is a steady and reliable source of transportation from Porsmork to Reykjavik.

Any reason for visiting The Laugavegur Trail is a good one. For those who visit its 49 miles of beauty, the trail offers something that they will carry with them forever – an unforgettable experience.

Tours and Holidays in Iceland
Previous Next
View all Iceland Tours
Published by Marie Storm, updated on May 4, 2021
Tweet
Create your custom-made trip to Iceland 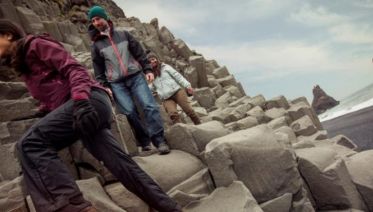