Ireland is a country that is entrenched in culture, history and mysticism, and a history enthusiast’s paradise with its stone based architecture and being a melting pot of Irish, Gaelic and Celtic cultures. The untarnished and unvarnished taste of Ireland can be felt everywhere from its landmarks to its uber modern cityscapes. You can see history everywhere, from the monuments at Bru Na Boinne to the Slea Head in Kerry. Geographically, you will find that Ireland can be a very diverse, yet daunting country with its peninsulas of the southwest, the wilderness of Donegal, and the hills of the southeast. Ireland also has a lot to offer culturally, you could watch a play in Dublin, or visit the Trinity College, or even attend a gig at a limerick saloon. Ireland has something for everyone since it is a country emerging as a popular destination, with their hotels and resorts consistently upping their game. As with most countries, it is critical to find out when the weather in Ireland is just right for your visit. Want to know when to travel to Ireland? Read on to find out!

Ireland could in theory be visited all year round, however as with most countries it will be better to pay attention to the weather lest your favourite attraction be closed or rendered incomplete on your wish list. June to September may the best time to visit Ireland due to its temperatures attracting quite a bit of sunlight and heat making it perfect for Irish adventures.

October to February is definitely considered the low season in Ireland. One can see that some tourist destinations may have reduced hours, while some may even be closed due to the pervasive cold weather that bogs most of the country. There is an eminent fog that adds to the mysticism of the Irish highlands. However it may be important to note, that while the weather can play a spoilsport on the rustic countryside, all city based attractions resume operations as normal. While it may be the low season, accommodations may be available for much more reasonable prices.

3. March to May — Shoulder Season

Due to the geographical location of Ireland, the shoulder season can be divided into a timeframe of two periods, March to May or more appropriately Easter to May and Mid September to October. While both these shoulder seasons are relatively short in length compared to the other seasons, the shoulder periods boast a hybrid of good rain and sunshine. Temperatures may not be as high they were in the high season but definitely does not drop as low as the winter months. Accommodation rates are definitely lower making it more attractive to travellers who want to save more.

Tours and Holidays in Ireland
Previous Next
View all Ireland Tours
Published by Erik Jensen, updated on April 29, 2021
Tweet
Create your custom-made trip to Ireland

Travelling to Ireland? Chat with a local travel specialist in Ireland who can help organize your trip. 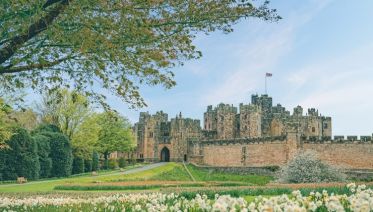 View More
0 Comments We welcome your questions or comments to this article. Our travel experts will respond within 48 hours.
Customize a Trip to Ireland Chat with a local travel specialist who can help organize your trip
START HERE
Our travel experts are recommended by

You may also want to see our tours and holidays in Ireland: