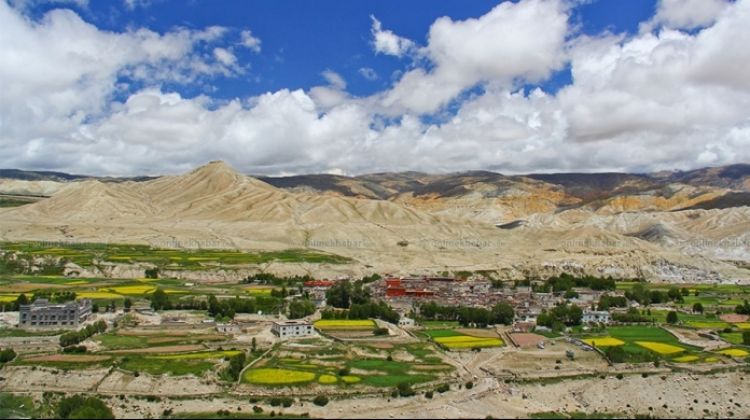 Tour with Flexible Booking Policy
HIGHLIGHTS
Upper Mustang trekking is getting more popular day by day because of the Annapurna Circuit trek losing some popularity caused by rampant road construction.

The Upper Mustang trek is the most culturally rich trekking region in Nepal and for travellers who would like to trek in a very remote area, and explore pristine Buddhist culture, which has remained more or less the same throughout the centuries.

The region houses several monasteries that are over a thousand years old, and also hundreds of ancient caves. The terrain is mostly Himalayan mountain desert, where local families get by with growing whatever they possibly can to feed themselves. Ancient Tibetan civilisation is the main attraction of the Mustang area. The Upper Mustang region is situated on the western Himalayan range, close to the Tibetan border. The high desert region of the Tibetan plateau between the Tibetan border to Kagbeni is usually referred to as "Upper Mustang".

Our Upper Mustang trek begins from Pokhara valley in the western part of Nepal. You will fly from Pokhara to Jomsom, which takes about 25 minutes. After we arrive in Jomsom, we start our upper Mustang trek through the holy bank of the Kaligandaki river and follow it upstream to get to Lo-Manthang, the capital of upper Mustang. On the Upper Mustang trek, you will get a chance to visit thousand-year-old monasteries, ancient caves, local tribes and an amazing landscape. From upper Mustang you can see panoramic views of the majestic himalayan mountains Nilgiri, Annapurna, Dhaulagiri and a number of other peaks, adding a natural delight to your cultural feast.

The Home Ministry of Nepal opened the restricted Upper Mustang area for trekking in October only in 1991. However, Upper Mustang is still strictly managed, and you need to obtain a special permit from the department of immigration, which is meant to protect their tradition from outside influence as well as to protect the environment. We will be staying in guesthouses for the night all along the way.

Note: This trek requires some effort. If you can manage up to 6 hours of walking per day, you can easily do this trek.
View More
CUSTOMER REVIEWS
5 - Excellent
Based on 1 review
A
5 - Excellent
Great Trek
“Its nice trek with amazing landscape. Yes, its expensive but worth it!! hope they would try to keep as it is.”
ITINERARY
Alt. in: ALTITUDE MAP
Expand All
WHAT'S INCLUDED OPTIONAL ADDONS (Available during check-out) WHAT'S EXCLUDED
Why Book with Bookmundi
What are customers saying about Bookmundi
Excellent
4.69 Average 363 Reviews

QUESTIONS AND ANSWERS Find answers to the most frequently asked questions about this tour.
Read more questions and answers
NEED HELP OR HAVE A QUESTION ABOUT THIS TOUR?
If you have any question about this tour or need help with planning a trip, please do not hesitate to get in touch with us. We're ready to help.
Get help
days 14 SavingUS$ 89
You have unlocked exclusive savings:
5% OFF TODAY From US$ 1,775 US$ 1,686 See Group Discount
CHECK AVAILABILITY
Response Time: 3 hours Response Rate: 100% MAKE AN ENQUIRY