Tracing the steps of an ancient pilgrimage route, the Silk Road in China is an enticing adventure for culture aficionados, history buffs and nature lovers alike. Explore delicate architecture, mystical wonders of art, and surreal and vast landscapes located along this heritage trail on your trip to China.

In this ultimate guide to traveling the Silk Route in China, we list the most popular places you should see on your trip, from Xian in the east to Kashgar in the far west. These places are reminiscent of ancient cultures, showcase a trading spirit and put on show the magnificent landscapes the merchants shipped their goods through. Get ready to experience changes in cuisine, culture, and religion as you travel from one direction the other. Religion in Xian is mainly centered around Chinese folk religion and Taoism, but further west, the Islamic influence grows bigger, with food and culture being similar to the Middle East.

If you follow the century-old footprints of traders, you’ll have a chance to explore Xian, a historic business hub and one of the oldest cities in China; see the Great Wall in Jiayuguan; discover ancient ruins; and discover long-established cities like Urumqi and Turpan.

Xian is an important stop while traveling the Chinese Silk Road. Strolling around Xian is like reading a history book, this metropolis has been the capital of many mighty dynasties, resulting in an impressive collection of temples and other cultural artifacts. Folk meets modernity in this megacity, for the skyline of Xian is dotted with skyscrapers and business offices as well.

Jiayuguan’s surroundings are barren as it is located in the Gobi Desert, near the border with Mongolia. Many sights here showcase the importance of this place and the trading business during the Silk Road’s golden ages.

Surrounded by the Gobi Desert, Dunhuang was another important hub during the Silk Road’s blooming days. Thanks to its oasis, it was a popular place for traders to stock up on water. They built temples, palaces, and fortresses, making Dunhuang an interesting cultural destination.

The city of Turpan is a place of extremes; the Turpan Depression is among the lowest places in the world (154-meters-below sea level). It’s the hottest place in China as well, with temperatures that can reach 50°C in July. Turpan has many vineyards, and as a visitor, you can feast on the best wines China has to offer.

Urumqi is the lively capital of the autonomous region of Xinjiang. This city is surrounded by many different landscapes; from green pasture hills to snowy peaks and unexplored deserts.

Kashgar lies in the middle of Central Asia. The city’s many mosques, bazaars and tombs of major Muslim leaders are proof of Islamic presence for centuries. Kashgar still produces silk, along with craftwork such as pottery.

Traveling the Silk Road in China is a unique opportunity to experience a palette of cultures, ancient architecture and wondrous natural sights. Few routes in the world can compare when it comes to culturally enriching travels. Following this iconic trail literally is a once-in-a-lifetime experience.

China Tours
Previous Next
View all China Tours
Published by Kate Haley, updated on May 4, 2021
Tweet
Create your custom-made trip to China 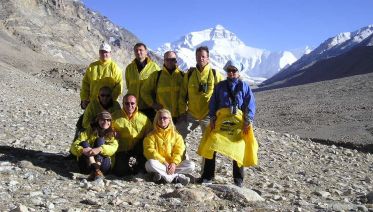