Supporting Ukraine together. Check our homepage for further details.
Customize a trip to Argentina Chat with a local travel specialist who can help organize your trip.
Start Here
Home   ›   Argentina Tours   ›   Argentina Travel Guide   ›   A Guide to Traveling from Ushuaia to Antarctica
Tweet

Ushuaia, Argentina, is the southernmost city in the world and is situated closer to Antarctica than any other departure point. Although it is often referred to as the ‘end of the world’, for most Antarctic travellers it marks the beginning of a journey. Traveling from Ushuaia to Antarctica is a once in a lifetime kind of trip, ideal for those who are serious about adventure, exploration and discovery.

These days Antarctica receives as many as 50,000 visitors each summer, and ninety percent of all Argentina to Antarctica cruises depart from the Maipu port in Ushuaia. During summer (November to March), which is the best time to visit Antarctica, there are trips departing daily from Ushuaia to Antarctica.

Antarctica is the last pristine wilderness on earth. Due to the endangered nature of the many Antarctic wildlife species is it important to maintain a good balance between ecotourism, which is educational and purposeful, while protecting the natural biodiversity of the region.

There are both cruise and fly-cruise options departing from Ushuaia. The cruise is by far the most popular of the two. While cruise travelers will experience much more in terms of scenery, it is also a longer journey than the fly-cruise option. The main benefit of choosing the fly-cruise option is that the Drake Passage, which is often subject to harsh weather, can be avoided.

This is considered the ultimate way to experience the vast white continent of Antarctica. Thousands of travelers take advantage of the many cruise options available from Ushuaia each year. Most cruises depart from Ushuaia, then sail across the Beagle Channel before crossing the Drake Passage to Antarctica.

Fly-Cruise – Chile to Antarctica to Argentina

The fly-cruise option is becoming increasingly popular amongst visitors to Antarctica. While this tour doesn’t start in Ushuaia, it can be booked with tour operators in Ushuaia. Usually a flight is boarded in Tierra del Fuego, Chile. The two-and-a-half-hour flight lands on King George Island, situated in the South Shetland islands, very near to the Antarctic Peninsula. From here, travellers can board a cruise ship.

The Drake Passage marks the Antarctic Convergence. It is a biological barrier in-which polar water sinks beneath the warmer water of the crossing. This overlapping of oceanic waters creates a nutrient rich area which sustains the area’s wildlife. Naturalists onboard cruise ships will point out the different types of seabirds encountered during the crossing.

These are a group of twenty islands where you will see snow-capped mountains, icebergs, penguins and seals. Below are the three most popular islands in the South Shetland Islands.

Time spent on-board the vessel as it sails through the many waterways can be equally spectacular. Rock faces soar overhead, as do the magnificent glaciers, as one passes through the Gerlache Strait as well as the Neumayer and Lemaire Channels.

Set foot on the continent when going ashore at either Brown Bluff or Hope Bay. The Antarctic peninsula is an icy wilderness of snow-capped mountains, icebergs in every imaginable shade of white, grey and blue as well as a variety of whales, penguins, seals and other seabirds.

This is one of Antarctica’s most visited sites. Here one can depart the ship to cruise around the bay in a zodiac boat. This will give you the opportunity to get close to the many icebergs carved off the glaciers. Local wildlife such as terns, petrels, cormorants, seals, penguins, and whales are often attracted to the ice floes. Here you’ll likely find those postcard perfect photographic opportunities.

Antarctica is as beautiful a continent as it is fascinating. Not only is a trip to Antarctica a bucket list item for globetrotters and nature lovers alike, it also promises to be a memorable journey of inner and outer discovery. And while there are different ways to travel to Antarctica, the route starting from Ushuaia remains to be the most popular amongst travelers.

Traveling to Argentina? Chat with a local travel specialist in Argentina who can help organize your trip. 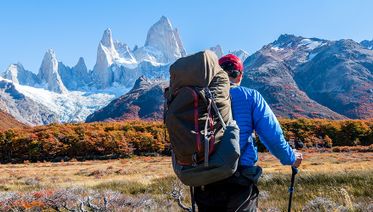 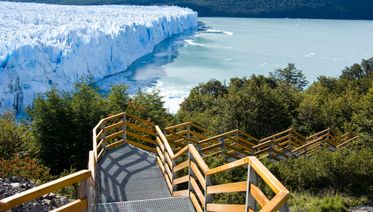 Exploring The Wonders Of Argentina

Covering more than 60 kilometers, the Ci ...

Are you planning to visit Argentina in Januar ...

Are you planning to visit Argentina in Januar ...

February is among the best times to plan a tr ...

Spring turns to summer in countries across th ...

From the cosmopolitan capital of Buenos Aires ...

Warm November weather in most parts of Argent ...

As the vibrant fall foliage blankets the Arge ...

Argentina in August: Head Out into the Wild

Most people either visit Argentina between No ...

July falls in the middle of the winter season ...

Argentina in September: Calm Before the High-Season

The advent of spring adorns the Argentine lan ...

10 Best Places to Visit in Argentina

You may also want to see our tours and holidays in Argentina: