Taiwan is an underrated travel destination, one that is rarely visited by Western travelers. Those who visit Taiwan have a lot to enjoy - from the beautiful Taiwanese architecture, to unexplored beaches and national parks. Taiwan is a country like no other - with spending metropolises, and hidden forests competing for your attention, each treating you to stunning scenes and adventures. Before you pack your bags to leave for Taiwan, there is something you should consider - what is the best time to visit Taiwan! Let’s see!

Taiwan is an incredibly diverse country, with enough attractions to satiate the most demanding traveler. It is an underrated travel destination, which means that it has not completely lost itself to commercialization, which is always an added advantage. Enjoy a wonderful holiday exploring the metropolitan city of Taipei, or the volcanic peaks at Yangmingshan National Park, or go surfing at the beaches at Kenting National Park. All you have to find is the right season to travel to the country.

The best time to visit Taiwan is during spring, between April - June, and during fall, between September - November. The weather is warm and pleasant during spring, and since this is a shoulder season, you won’t have to worry about hordes of tourists either. The fall season sees the entire country beginning to cool down, and there is much less rain during this period. There will be the occasional shower, but it won’t disrupt your vacation at all!

This is when to visit Taiwan if you want to enjoy pleasant weather, and a low number of tourists. The weather is warm throughout the country, but not too hot either. There will be some rainfall, but it certainly won’t disrupt your plans. Towards end of May and June, the rainfall starts increasing in frequency. This is a shoulder season, so you can expect your accommodation to be less expensive as well.

Summer officially sets in towards the end of June, and goes on till August. The temperatures go up quite a bit, and the rainfall also starts. The weather in Taiwan will be hot and humid, with June being the rainiest month. There is a chance of typhoons hitting the area during this season, so make sure you check the weather forecast before traveling. This is high season, due to the holidays, which also means that the tickets and accommodation get booked out early.

Autumn in Taiwan is absolutely beautiful. The weather in Taiwan is balmy and cold. The southern part of the country remains warm, but the north begins to cool down. There is little to no rainfall during this season, compared to the summer periods, so this is a good time to enjoy outdoor activities.

Winter is low season in Taiwan. December is the coldest month in Taiwan, so expect things to get a little chilly. The weather in Taiwan will be cold, but the temperature is rather mild, especially when compared to European winters. By February, some rainfall occurs across the country, but not enough for you to worry about your travel plans.

Tours and Holidays in Taiwan 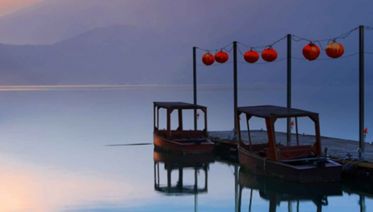 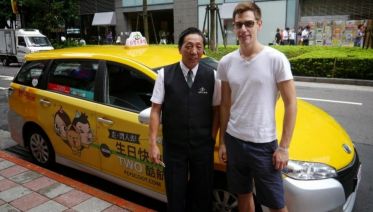 Taipei Taxi Diary
From US$ 79 3 hours 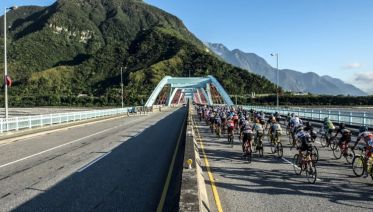 Taiwan KOM Challenge
From US$ 2,541 7 days
View More Tours
Tweet
Tours in Taiwan
As seen in: