What makes the Thingvellir National Park different than other national parks in Iceland? With a history dating back to the end of the first millennia, Thingvellir has a story that is as rich as its geography. Amid the shifting continental plates where North America and Europe collide, sits the home of the first parliament of the Icelandic people.  A church sits upon the site, dating back to the 19th century, but the faith that preceded it reaches forward across centuries.

It is no wonder, that the Icelandic chieftains chose this remarkable place for the site of their annual conclave, for they would gather here with their people, coming by the thousands and staying for weeks or more, to settle grievances, and maintain the balance of power between their various clans.

Here, amidst the rugged terrain, and beside the beautiful waters, they made their laws, and kept their peace. Eventually, the seat of power for the Icelandic people would move from Thingvellir to Reykjavik, some 40 km away.

To get to Thingvellir National Park from Reykjavik, follow Vesturlandsvegur and Þingvallavegur to Suðurland for some 38 km and follow the signs. If you do not want to drive on your own, you can schedule a ride on one of the many tour buses visiting the sites on the Golden Circle. If you prefer to spend more time at Thingvellir, a summer bus schedule is available with busses leaving Reykjavik as early as 10:00 hours and as late as 15:00 hours.

With so much to see and do in Thingvellir, an entire day could easily be filled at this one location, and some visitors feel that the guided tours do not allow for enough time to truly enjoy the uniqueness of this wonderful site.

The park is open any time of year that you want to go but the hours do vary depending on the season. So, plan accordingly for the season of your visit.

Thingvellir truly is one of the most unique locations on the face of the planet. A lot of history has been made among these rocky hills and valleys, perhaps it’s time to make a little of your own. Arm yourself with a camera, a good pair of hiking boots, grab your favorite traveling companion by the hand, and make your way to Thingvellir as soon as you can; chances are you’ll be making some memories that will last a lifetime. Before rounding off, when in Iceland, do make sure that you know the top things to do and the locations with the best treks and hikes. 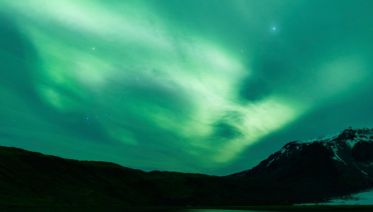