The Usangu Game Reserve merged with the Ruaha in the year 2008 to emerge as the largest national park in Tanzania, Ruaha National Park. Covering an area of 10,300 sq. kms. and stretching across an altitude of 720 meters to 1,886 meters, Ruaha National Park is well known for its varied scenery, dramatic sights, rolling ... 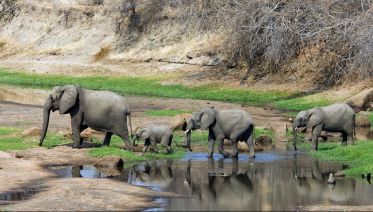 of 1 review
“From start to finish this trip was perfect. In Tanzania, our guide was a top notch professional and ...”
days13 From US$ 4,950 View Tour
Next Departures 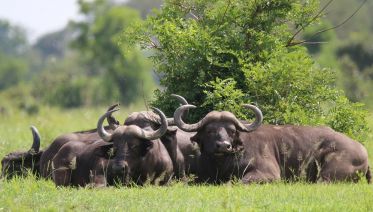 The Adventure in Ruaha National Park 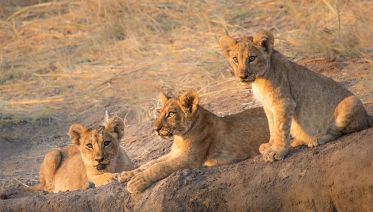 5 - Excellent
Based on 2 customer reviews
A GREAT TOUR WITH GREAT PEOPLE! Reviewed Tour: The Best of Tanzania Southern Circuit Safari
5 - Excellent
“From start to finish this trip was perfect. In Tanzania, our guide was a top notch professional and extremely knowledgeable, taking us off the beaten path to provide us with an unrivaled experience in the parks. Dahlias advice for Tanzania were also unimpeachable. Our guide provided us with a social and political perspective no travel brochure could provide. It was a privilege for us to have him share his story with us which was honest, raw, and poignant and changed us in profound ways. We surprised by the level of hospitality from the owner of Dahlia Africa, he organized for us a free BBq dinner at the end of our trip and he bother to drive us to the airport himself he made us felt we paid less for all we got. We recommend you to our friends and travelers.”
Long but worth it Reviewed Tour: 9-Day Tanzania Safari: The Southern Wilds
5 - Excellent
“We took a 9 day safari a few days ago - Arend Safaris was a fantastic company to work with from start to finish. There are so many tour companies to choose from and we never regretted going with Arend. Everyone at the office was extremely friendly and helpful. The safari itself was an unforgettable experience. Very good organization from the beginning to the end. Thomas, You are unforgettable!”

The Usangu Game Reserve merged with the Ruaha in the year 2008 to emerge as the largest national park in Tanzania, Ruaha National Park. Covering an area of 10,300 sq. kms. and stretching across an altitude of 720 meters to 1,886 meters, Ruaha National Park is well known for its varied scenery, dramatic sights, rolling hills, ancient baobabs and the picturesque Great Ruaha River. Popularly called the ‘other park’ in Tanzania’s southern circuit, Ruaha National Park’s inaccessibility makes it the perfect spot for tourists searching for an unparalleled and non-touristy game experience.

What sets this national park apart is that its wildlife feels unexplored and untrammeled and this means that the bush experience offered by Ruaha National Park is second to none. After all, a vast park that attracts just 20,000 visitors each year is sure to feel exotic, isn’t it? The hot and dry climate also means that it is easy to predict game movements, particularly during the dry season, when animals prefer to stay close to the river.

The most striking feature of the national park is the Great Ruaha River and there is nothing more pleasing than seeing the river from a distance. The green vegetation dotting clinging to the banks of the river as it winds its way through rocky mountains and outcrops is a sight you’d never want to let go of. Experts believe that the ecosystems found here are actually a transition between the Savannah biomes of Tanzania and the miombo woodlands of Zambia, the reason behind a seemingly perfect confluence of thick vegetation and wide open plains.

The animals found in Ruaha National Park also represent this transition. You can find an interesting array of species here, animals which are more common to Southern African regions, animals such as the giraffe, greater and lesser kudu, sable antelope, impala, zebra, buffalo, bushbuck, hartebeest, waterbuck, gazelle and the elephant. The park also presents an excellent mix of predators such as lions, cheetahs, black-backed jackals, African wild dogs, leopards and spotted hyenas.

While the animal population of Ruaha National Park is vast and varied, the birdlife is nothing short of spectacular. A total of 580 species have been spotted in the park and this is the only destination in East Africa where you can see the red-and-yellow barbet. Waterbirds such as white-headed plovers, goliath herons, white-backed night herons and saddle-billed storks are also common.

The Ruaha National Park offers the best wildlife viewing safaris during the dry season and certain camps also offer guided walks as well as fly-camping trips. The place is ideal for seeing large prides of lions as well as the elusive wild dog. Moreover, Ruaha National Park is incredibly exclusive and it hardly ever gets crowded, thereby presenting the best bush experience in Tanzania. Unfortunately, the remote location also makes it difficult to get to and most lodges are closed between the months of March to May.

Since night safaris are not permitted in Ruaha National Park, the main activity here is daytime game driving. Most camps don’t operate walking safaris either. That said, the Ruaha National Park is certainly home to some of the best camps in Africa such as Jongomero and Mwagusi. Jongomero is the only camp to offer fly-camping trips in the national park and it is unparalleled in terms of luxury accommodation. Other options include the mid-range Kwihala Camp, Ruaha River Lodge and Mdonya Old River.

Ruaha National Park is quite similar to the Selous Game Reserve in terms of its seasons. The best time to visit Ruaha National Park is during the dry season and the park gets even better towards the end of the dry season as waterholes start drying up and the wildlife becomes even more concentrated. Those searching for exotic birds have to visit the park between the months of December to March.

You don’t need to look beyond the exotic Zanzibar or the historic Dar es Salaam when searching for destinations to extend your vacation while visiting the Ruaha National Park. Zanzibar is the perfect destination for beach lovers while Dar es Salaam offers great insights into the African culture.