Jamaica is the land of optimism and cheer - the ideal destination for those who want to relax and reinvent their lives. It is the jewel of the Caribbean, and home to some of the world’s greatest music as well. If you’re looking for a holiday full of fun, sun, and the beat of drums, this is the ideal destination for you. Of course, you will have to find out when to visit Jamaica. The weather in Jamaica is tropical, but it can vary. If you want to make the most of your vacation, you will definitely have to find the best time to visit Jamaica.

Jamaica has some of the most beautiful beaches in the Caribbean, but that is not the only thing the country has to offer. There are waterfalls of the North Coast, the beautiful Blue Mountains, and the colonial architecture of Port Antonio waiting to be explored as well. The only thing you have to do is find out what is the best time to visit Jamaica.

Most of these regions are best visited in the summers - between December and March. The hurricane season would have weaned off, and the sun would have started to shine. The island would be lush and green, and the weather is perfect for those who want to get a wonderful tan! There is little to no rainfall throughout the island (there may be some showers in Port Antonio), but the weather would be great in the rest of the island.

Between April and May, the weather is still warm, but sporadic rains begin in some places. However, the crowds would have scattered, and you will be able to enjoy the beaches and the mountains without having to fight off the throngs of people. You can also expect some great discounts on accommodation and flights during this period.

This is perfect spring weather - the rains would have worn off, leaving the island lush and green. The sun will be out, making the weather in the coast rather warm, without being too hot. Towards the northeast (near Port Antonio, for instance), there would still be some rains - but not as much as the monsoon season.

This is the low season due to the showers, storms and hurricanes that hit the country. The weather will be rather wet throughout the island, and some places, like Blue Mountains, would be better off visited in another season. The humidity will be high - so relaxing at the beach won’t be as fun either. September is the month most prone to hurricanes, so make sure you check the weather warnings before getting your tickets.

The weather in Jamaica is close to perfect during these months. The sun is out, and except for certain parts in the north-east, there is no rain. The temperature will be soaring, so make sure you pack enough sunscreen for your vacation. If you’re visiting the Blue Mountains, you should know that the nights get rather cold - so be prepared!

Tours and Holidays in Jamaica 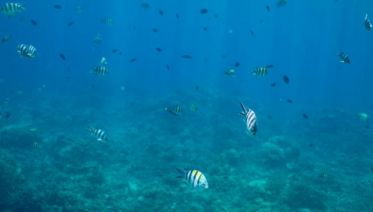 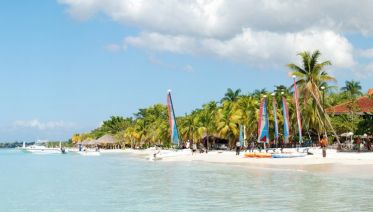 Best of Jamaica
From US$ 1,720 7 days
View More Tours
Tweet
Tours in Jamaica
As seen in: