The world offers a wealth of potential sites for scuba divers to pursue their much-loved past time. But of all the seas and oceans to explore, what are the best dive sites in the world this year? And why? Here we highlight 2021’s 12 best places to scuba dive. 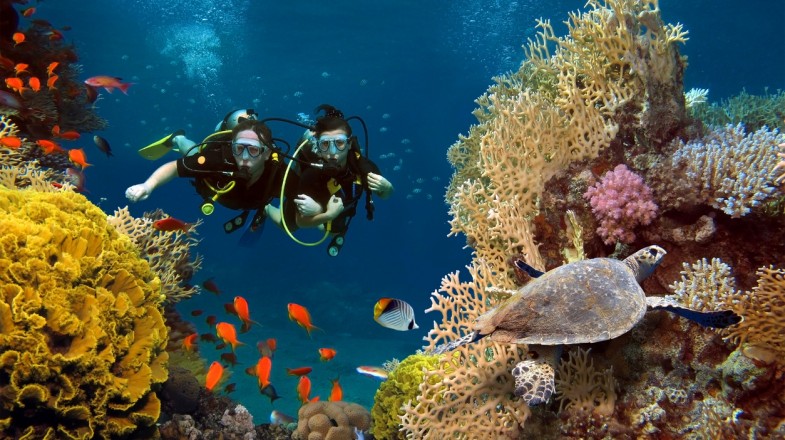 Due to its isolated position in West Papua province at the eastern end of the Indonesian archipelago, Raja Ampat is notoriously difficult to get to. However, those that make the journey never regret it, with a range of dive options available from drift to macro diving.

A good place to enter the waters is at Mioskun, a coral column 25 m high. A similar experience can be had at the Blue Magic site, which hosts several cleaning stations for the great shoals of predatory fish including sharks.

On Costa Rica’s southern Pacific coast, Cano Island in Drake Bay is famous among divers for its population of reef sharks. However, sharks aren’t the only attraction and its protected waters are rich in flora and fauna, with manta rays, moray eels, tuna, dolphins, and migrating whales, all potential underwater highlights. Dives alter between bare outcrops and corals, with a number of arches and tunnels waiting to be discovered too.

Creating a rough horseshoe shape of rocky pinnacles, Richelieu Rock (or Hin Plo Naam in Thai) is located off the western coast of Thailand in the Andaman Sea. It is part of the protected Koh Surin Marine Park, and therefore offers divers the chance to explore unspoiled tropical waters.

The rock’s most famous visitors are its whale sharks, but there are also large shoals of barracuda, batfish, and other oceanic fish. What’s more, it’s considered a great spot for macro diving, with ghost pipefish and seahorses in abundance.

Situated off Big Island, Kona Mantas is known for its night dives when the resident population of over 100 manta rays glide just a few meters above divers kneeling on the sandy bottom. There can be more than a dozen, with wingspans of up to 5 m, gently circling at any time. It’s also one of the best diving sites in the world to try night diving. Here, bright lights are used to attract the drifting plankton which also attracts the rays that feed on them. 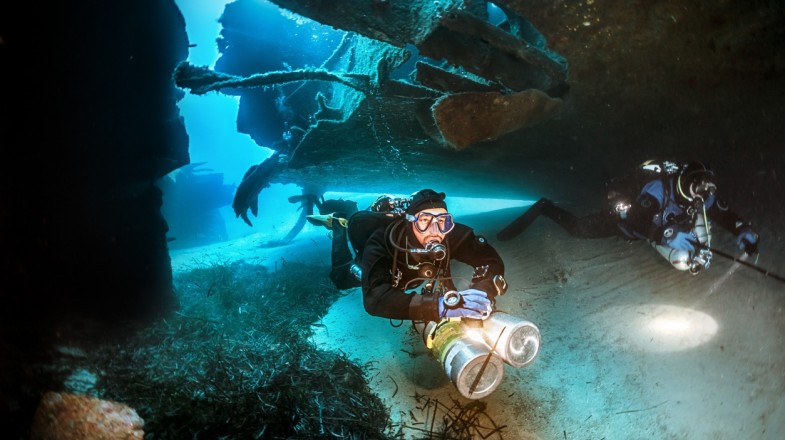 Named after the predatory fish that hunt in the thousands here, Barracuda Point is northeast of Sipadan Island off the east coast of Malaysian Borneo. Meter-long barracudas shoot past this site while rays and hammerhead sharks take a more leisurely pace. The point is also frequented by sea turtles, spotting 20 turtles is not unusual on a dive. Other marine wildlife to spot include coral crunching parrot fish and the freakish-looking batfish.

The Red Sea around Ras Mohamed offers divers various reefs and great year-round visibility. At the tip of the Sinai Peninsula, the reefs are only a few meters from the surface yet can drop to over 800 m. Rocks are covered in colorful soft corals, while the fish vary from microscopic seahorses to the giants of the ocean like the hammerhead, grey tipped and white tipped sharks. The promontory is also a popular hunting site with shoals of barracuda, jackfish and unicorn fish during the summer months. Wreckers will also rejoice to know that there are popular wreck dive sites such as the SS Thistlegorm, SS Dunraven and Kingston. This dive site is suitable for intermediate but is also suitable for advanced divers depending on the dive depth.

Sodwana Bay is South Africa’s diving capital, located on the country’s Indian Ocean coastline close to the border with Mozambique. Divers are able to opt between coral reefs, underwater caverns and cliff-like walls including those named the Antons. These walls create vortices in the current that attract marine life from far and wide, including large shoals of snapper, squirrelfish, soldier fish, and potato bass. Beginners will enjoy the reefs, while more advanced divers will be capable of taking on the harsher currents of the Antons.

The Dutch overseas territory of Bonaire, 160 km northwest of Venezuela, offers protected waters with more than 100 potential dive sites. The reef out from 1000 Steps Beach is highly regarded, and simply teems with life from gorgonian fan corals to sea turtles, nurse sharks and parrot fish. It reaches its peak from September to December, when the currents are calmest. The Hilma Hooker shipwreck, and Salt Pier shore dive sites are also popular.

In the waters around the BVI lie the remains of the RMS Rhone. Featured in the 1977 film, The Deep, the ship sunk in a hurricane in 1867. Divers usually first explore the mostly-intact bow section, now covered in marine flora, followed by the more scattered sections of stern. The wreck is relatively open, with few areas of interior still in existence, meaning there is no penetration diving requiring advanced training. Besides the RMS Rhone, the Chikuzen is another wreck full of marine life 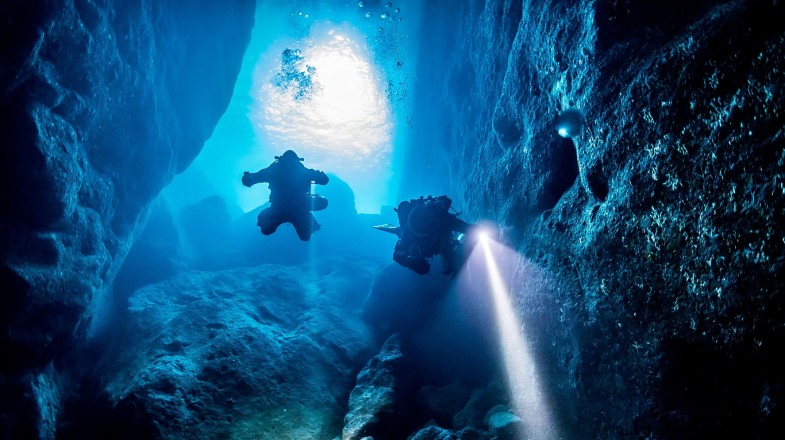 This Queensland dive site is often regarded as one of the best dive sites in the world, especially for those looking to add a wreck dive to their log books. The SS Yongala was sailing from Melbourne to Cairns when it was sunk off Cape Bowling Green near Townsville by a tropical cyclone in 1911.

Not discovered until 1958, the 110 m steel body sits within the central section of Great Barrier Reef Marine Park. It remains largely intact, acting as an artificial reef on an otherwise sandy area of sea floor. Although commonly visited by giant groupers, manta rays and even various shark species, the main attraction is the winter arrival of minke and humpback whales.

The wreck lies at 33 meters on a sandy bottom with minimum visibility and strong current, making this dive site only accessible to advanced divers.

This elegant naturally-formed arch is as much a sight beneath the waves as above them. Boat-launched divers drop to around 18 m with the current, where there’s a ledge to rest and take in the scene. The remoteness of the site and unpredictable current means that only advanced divers are allowed to dive here. Divers with less experience can dive near the south of the Arch where there is less current. Sea lions scour the area alongside turtles and schools of hammerhead sharks, which visit a cleaning station of smaller fish picking parasites from their skin. More rarely, it’s also possible to spot whale sharks.

The 300 m diameter Great Blue Hole in the turquoise waters around Belize in Central America was formed by the collapse of an underground cave. Its karst limestone walls plunge near-vertically to a maximum depth of 125 m, with a transition from salt to fresh water at roughly 15 m. The dive site is only for the expert divers as they require good control while diving deep down below in dim light and little change in water current or temperature. Divers often get a sensation of sensory deprivation due to this.

The clear, sheltered waters of the hole boast extraordinary stalactites and stalagmites in its middle reaches, while its ledges are home to a wide array of large fish species, from giant grouper to tuna.

The best dive sites of 2018 are scattered across the world’s oceans and include every type of diving for every skill level and specific interest. From the warm waters of the Caribbean to the cooler climes of the Galapagos, by way of Southeast Asia and the Red Sea, 2018’s best diving destinations are a world worthy of exploration.

Published by Sofie, updated on May 5, 2021
Tweet
Create your custom-made trip

You may also want to see our tours and holidays in :