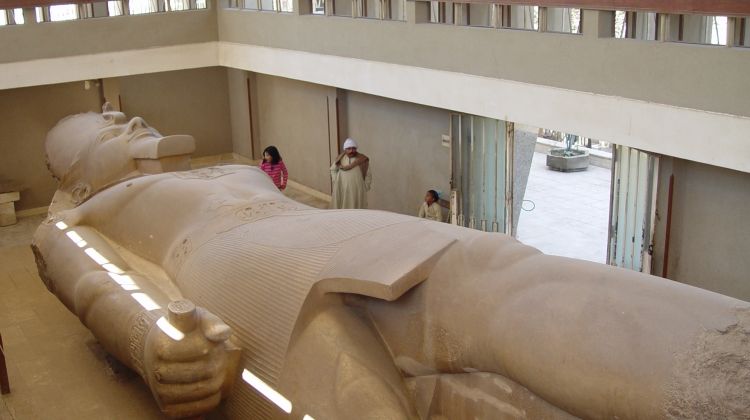 Marvel at these gigantic stone structures that were built 4,500 years ago before proceeding to see the Sphinx, a mythical creature with the head of a human and the body of a lion. Also see the Valley Temple which, along with a pyramid, was part of a funerary complex.

Head for the Pyramid of Djoser, a step pyramid that is also the world’s oldest major stone structure, before proceeding to a local restaurant where you can enjoy your lunch. Transfer to Memphis, which was founded by King Menes and was the capital of Egypt during the Old Kingdom. See the Statue of Ramses II and the alabaster Sphinx of Memphis before driving back to your accommodation.
View More
CUSTOMER REVIEWS
5 - Excellent
Based on 1 review
Samir is the best! Definitely reccommending him to friends and family!
5 - Excellent
“I loved the tour! Definitely worth it. I travelled on my own and I enjoyed it well”
WHAT'S INCLUDED WHAT'S EXCLUDED
Why Book with Bookmundi
What are customers saying about Bookmundi
Excellent
4.71 Average 329 Reviews

NEED HELP OR HAVE A QUESTION ABOUT THIS TOUR?
If you have any question about this tour or need help with planning a trip, please do not hesitate to get in touch with us. We're ready to help.
Get help
hours 08 From US$ 90 See Group Discount
CHECK AVAILABILITY
Response Time: 3 hours Response Rate: 100% MAKE AN ENQUIRY