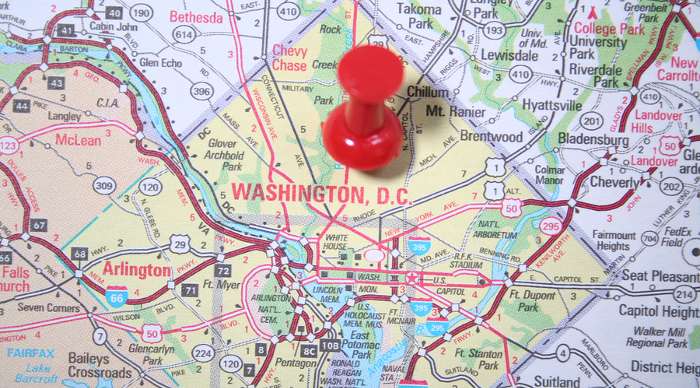 Washington D.C. certainly doesn’t appear to be a fun place to be in. After all, its design makes it seem to be a place that has too much of everything but fun.

That being said, no one has ever felt bored or lonely while in D.C. The city is full of broad avenues, old neighborhoods, fascinating parks and front porches. The city was designed by a Parisian, and it still feels that way. Here are some of the top things to do in Washington DC.

Unlike similar destinations, the White House feels extremely uplifting and energetic. Each and every president ever since John Adams has occupied this humongous mansion and its stature has simply grown over the years. The White House is no longer a mere residence for US presidents, it is seen as the icon of the American presidency. Getting into the White House is extremely difficult and tours must be booked months in advance. That being said, as one of the core D.C. attractions, you must really try and make time out for a White House Tour. It is always known to be exciting, entertaining and fascinating. A tour of the White House includes the Green Room, which became famous as Thomas Jefferson’s dining room, the Gold-and-White East Room, where weddings, galas and receptions are held, the Oval Blue Room, the room that is always home to the White House Christmas Tree, State Dining Room, where state luncheons are held, and Red Room, used for afternoon teas and receptions. It’s definitely one of the top things to do in Washington DC.

Interesting Fact – Despite playing a major role in its creation, George Washington never lived here. He passed away in the year 1799, one year before John Adams became the first U.S. President to live in the executive residence.

The Washington D.C. One Day Sightseeing Tour lets you experience the very best of D.C. in a single day. The guided tour takes place on board a 30-passenger state-of-the-art coach and covers some of the most exciting attractions of the city such as the WWII Memorial, the National Mall, the White House, Smithsonian Museums, US Capitol Building, Lincoln Memorial and the Korean War Veterans Memorial. You can also enjoy guided walks around the Washington Monument, Lincoln Memorial and the US Capital Building.

Interesting Fact – The tour is particularly worth your while between March and October, because of the 1-hour Potomac River cruise that accompanies it. The cruise lets you see the Lee Mansion, Netherlands Carillon and the Teddy Roosevelt Island.

The National Zoological Park is located very close to the National Cathedral and is yet another free thing to do in Washington D.C. The zoo is considered to be a must-visit attraction at any time of the year and offers visitors some much needed peace and quiet from the hustle bustle of city life. There are more than 2000 animals, a quarter of which are believed to be endangered. The main attractions include white-naped cranes, Asian elephants, western lowland gorillas, giant pandas, the pizza-garden playground and the petting farm. You would be wise to look out for those orangutans, who have the license to roam freely using a system of cables which are located 40 feet above your head.

Interesting Fact – Apart from the 400-odd species of animals, the National Zoological Park is also home to 180 species of trees, 36 species of bamboos, 40 species of grass and 850 species of herbaceous plants.

A Segway tour lets you cruise past popular monuments and buildings and learn more about the history of Washington at the same time. It requires 3 hours and is considered to be a fun way to understand the intricacies of the most powerful capital city in the world. The tour is perfect for those looking for a fun way to experience Washington and it gives newbies a unique opportunity to learn facts and listen to stories from locals and explore the popular sights in the city at the same time. The guide points out the US Capitol, the National Mall, the Washington Monument and the White House and you can cruise down Pennsylvania Avenue, which is home to the FBI headquarters, the Navy Memorial and the National Archives.

Most people have three choices when it comes to enjoying themselves at night while in D.C. – Georgetown, a popular party spot for tourists, Adams Morgan, popular among graduates and U Street, the place where neither of them are known to visit. U Street covers 8 blocks and is full of boutiques, bars and restaurants. It was once considered to be a center of African-American culture and was the center of the 1968 riots, but it has managed to transform itself into a fully-revived party destination which is preferred by the locals. One of the best live music venues in D.C. – the 9.30 Club, is also located here. Other popular hangouts include the Ben’s Chili Bowl, a family run chili-dog joint that has been around since 1958 and Marvin, a bar cum bistro with a rooftop lounge.

A Mount Vernon and Arlington National Cemetery Tour takes away the entire day, but it also introduces two of the most spectacular attractions in Virginia. This day trip takes you to Mount Vernon, famous as the home to George Washington, and Arlington National Cemetery, where the Tomb of the Unknown Soldiers and numerous memorials are located. Other highlights of the tour include exploring the 17th century homes and architecture in Old Town Alexandria, photo stops in Iwo Jima Memorial and Lincoln Memorial and the Christ Church.

Interesting Facts – Even though the exteriors of the mansion have been rusticated to look like stone, the mansion is actually made using yellow pine siding.

A night bike tour around Washington D.C.’s monuments lets you ride along with your guide to see some of the main sights of the US beautifully illuminated at night. It is considered to be an ideal time to explore these attractions as the crowds have disappeared, the air is cooler and the illuminated views provide unparalleled monument viewing experiences. This 3-hour tour covers a total of 4 miles and is easy for most people. The main attractions covered during the tour include the Lincoln Memorial, the Jefferson Memorial, the FDR Memorial and the National Mall.

Despite its presence on the $5 bill, the Lincoln Memorial is considered to be one of the most popular and most recognized sites in Washington D.C. It was on these steps where Martin Luther King delivered his world-famous “I Have a Dream” speech. Marian Anderson also performed here for close to 75,000 people after she was banned by the Daughters of the American Revolution from singing in the Constitution Hall. The neo-classical structure which surrounds the Lincoln monument has one Doric column representing each of the 36 states (at the time of his death) with their names inscribed on each column.

Interesting Fact – The facial expression of Lincoln’s statue is known to change at different times of the day.

The National Gallery of Art is spread over two buildings – the East and the West buildings. Both structures are extremely diverse in their style and are joined by a spacious tunnel which runs under 4th street. The original constructions feature a neo-classical design with a columned portico and a large dome. The West Building consists of pre-twentieth century works of European masters as well as American artists. On the other hand, the East Building is extremely modern. It has been designed by I.M. Pei and resembles a collection of prisms which have been molded in order to create a building. Some of the most popular artists whose works can be found in the National Gallery of Art include Rubens, Titian, Raphael, Leonardo Da Vinci, Money, Rodin, Rembrandt and Van Dyck.

Since the US doesn’t have too many Gothic cathedrals worth mentioning, the National Cathedral enjoys a lot of hype. It is an Episcopal church which was designated as the National House of Prayer by the Congress. It was used for the funerals of three US presidents and was also used for the 9/11 memorial ceremonies. The cathedral is considered to be extremely beautiful and boasts of fascinating classical architecture. After a tour of the cathedral, don’t forget to head over to 2 Amys, famous for its Neapolitan-styled pizzas.

Interesting Fact – The Space Window which is located on the south aisle actually contains a piece of lunar rock!

The Smithsonian, a collection of 19 world-class museums, 9 research centers and a zoo, is sure to feature on all lists of things to do. Its museums house a diverse collection of artifacts, and whether you’re interested in stamp collecting, giant pandas, historical artifacts or Asian art, there is a Smithsonian just for you. Some of the most popular museums include Air and Space Museum (family favorite), American History Museum (a treasure trove of American history), Postal Museum (a fascinating museum that is a must visit for stamp collectors) and Natural History Museum (an in-depth examination of Mother Nature over the ages).

The International Spy Museum is one of the most unique museums in the city. If you’re into Bond-style action or are bored of the regular D.C. museums, the spy museum is just about the perfect choice. It is full of noisy and interactive displays and is popular simply because spy stuff is really cool. And since the museum covers spy history all the way back to Moses, you can really find some exciting stuff here. Some of the most popular exhibits at the museum include Navajo codetalkers and KGB lipstick pistols.

Interesting Fact – The International Spy Museum transforms each of its visitors into deep secret operatives once every month. It stays open late into the night and offers an hour-long experience which includes special effects, themed environments and hands-on action.