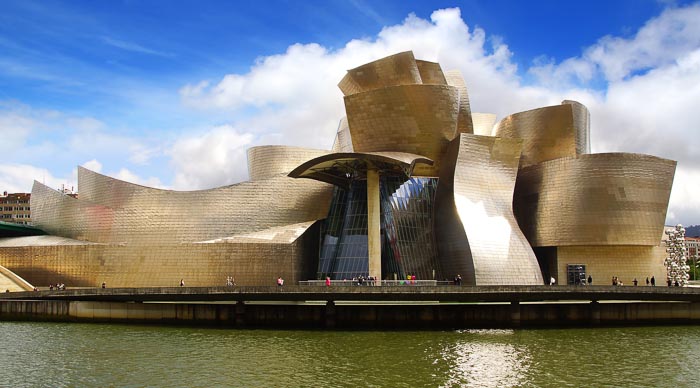 Visiting a popular museum is sure to be one of the highlights of your European journeys. Some of the best museums in the world can be found in Europe, and given the rich history of the continent, it is quite possible to see ancient arts and artifacts from different cultures and civilizations.

Many of these museums are destinations in their own right, and every trip to any one of these European museums is sure to leave you feeling amazed and extremely impressed, not to mention much more informed! Given that the German capital alone is home to more than 150 museums, it was impossible to mention each and every museum worth visiting in this list. However, the ones mentioned here are some of the best museums in Europe which you simply cannot miss while touring Europe:

The Guggenheim Museum is one of the most architecturally innovative museums on the planet, designed by none other than Frank Gehry. Its shape has been inspired by the hull of a ship and it was actually built on the site that once hosted the city’s shipyards. The museum is spread over 256000 sq. ft. and it features works by some of the most popular artists on the planet such as Picasso, Miro, Andy Warhol, Mark Rothko and Richard Serra. 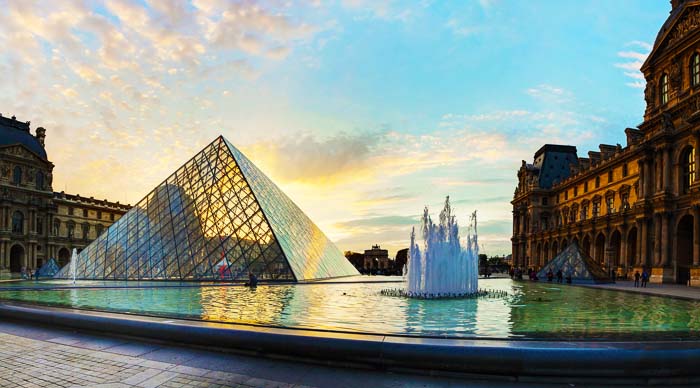 The Louvre Museum is one of the grandest and most popular museums in the world. It was a royal palace and a medieval fortress until the French Revolution, after which it was transformed into a museum to host the republic’s burgeoning art collection. The Louvre is home to three of the most famous paintings on the planet – Leonardo da Vinci’s Mona Lisa, Venus de Milo and Samothrace’s Winged Victory. I.M. Pei’s pyramid had shocked many people around the world when it was finally unveiled in the year 1989, but it certainly lends a sense of mystery and romance to the museum.

Insider Tip: A good place to start your tour would be the Sully Wing. It is located in the center, is very popular among the kids, and leads directly to the Egyptian rooms. 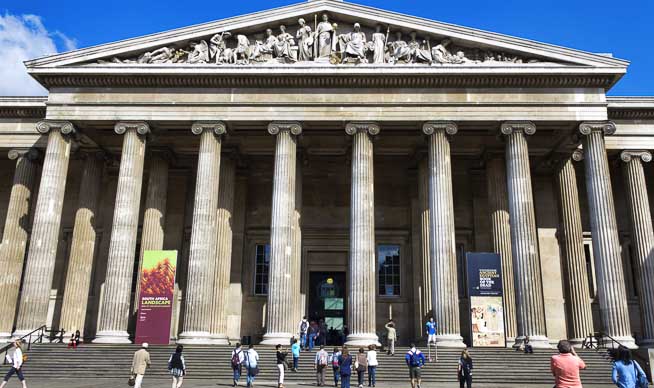 The British Museum is considered to be a treasure trove for archaeology lovers. The museum considers itself to be the protector of treasures from all over the world, and it has actually managed to amass a humongous collection of antiquities and artifacts over the years. Britain’s largest museum boasts of more than 8 million works of art which range from prehistoric bones to chunks from the Parthenon in Athens, from exquisite gold jewels to an entire Assyrian palace room. Some of the biggest highlights at the museum include the Egyptian mummies (second best collection of Egyptian antiquities outside Egypt), the Rosetta Stone (carved in the year 196 BC) and the Parthenon Marbles. 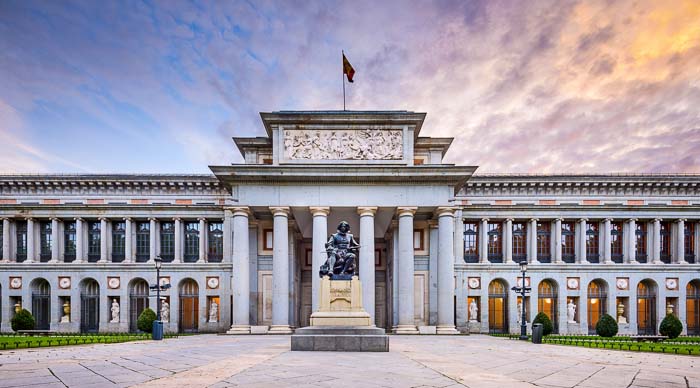 The Museo Del Prado is located in a fascinating neoclassical building in one of the most elegant boulevards of Spain. The Museo Del Prado is almost as popular as The Louvre, and it is home to some of the greatest masterpieces on the planet. Much of its collection was collected and commissioned by kings and queens of Spain over the years. In addition to Spanish heavyweights such as Zurbaran, Goya, Velazquez and Ribera, the museum also hosts major works of Italian artists such as Raphael and Titian. The star attraction of the museum is Rubens’ The Three Graces.

To be fair to most of the other museums on this list, Museum Island is actually a collection of five different museums. The place was deemed so important that it was declared a UNESCO World Heritage Site in the year 1999. The museums located here include the Neues Museum, Altes Museum, Alte Nationalgalerie, The Pergamon Museum and The Bode Museum. These museums have something for everyone and feature all sorts of treasures, right from antiquities to 20th century sculptures and paintings. The Altes is home to Greek and Roman Art, the Neues is famous for its Etruscan and Egyptian sculptures (including Queen Nefertiti’s bust), the Alte Nationalgalerie is home to artwork from the 19th century, the Pergamon features reconstructions of significant buildings in history such as the Ishtar Gate of Babylon and the Bode is home to paintings from the Late Byzantine period. 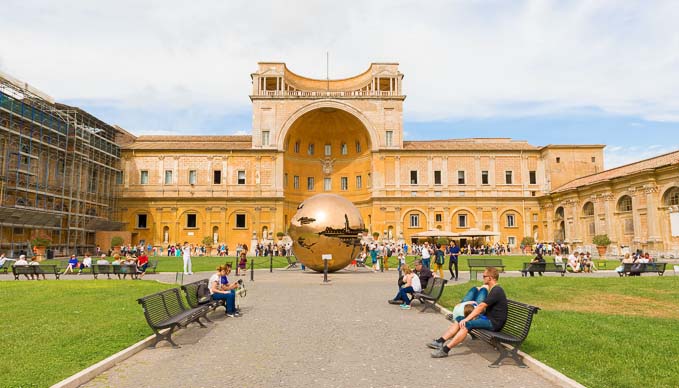 The crowd that this museum attracts can be intimidating. But brave the ordeal and you’re treated to a breathtaking collection of treasures and masterpieces from all over the world. The Sistine Chapel in particular is considered to be worth the wait. The Vatican Museum features 22 separate collections, where each collection seems better than the ones you’ve seen before. The Raphael Rooms, Museum Pio-Clementino and the Pinacoteca are other highlights of the Vatican Museums. You might also want to check out the Etruscan treasures of the Museo Gregoriano Etrusco and the Ancient Egyptian artifacts of Museum Gregoriano Egizio.

If you are looking for a tour to The Vatican Museum check here. 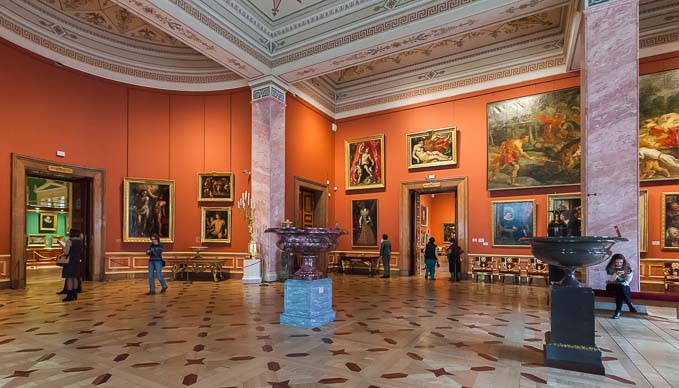 The State Hermitage Museum was founded by Catherine the Great in the year 1764. It might have started its journey with a single building, but five other structures were later added to host the museum’s fascinating collection. The Winter Palace is perhaps the most splendid structure in the museum, and it was once considered to be the main residence of the Russian czars. The collection features more than 3 million artifacts and it actually boasts of having the largest collection of artworks in the world. Spend one minute at each of the 3 million artifacts and you will have spent roughly 6 years of your life – it’s that grand. The State Hermitage Museum does not have all its artifacts at display at once so they have already prioritized a great deal for you, fortunately ;). Some of the greats whose artworks can be found here include Rembrandt, Raphael, Picasso and Matisse.

The Van Gogh Museum is home to the largest collection of Van Gogh works in the world. It traces the artist’s life right from his tentative start all the way to his defining masterpieces. The museum is home to more than 200 paintings, and there are a number of drawings, works and letters that inspired Van Gogh as well. Paintings made by Bernard, Monet, Gauguin and Toulouse-Lautrec are also present at the museum. 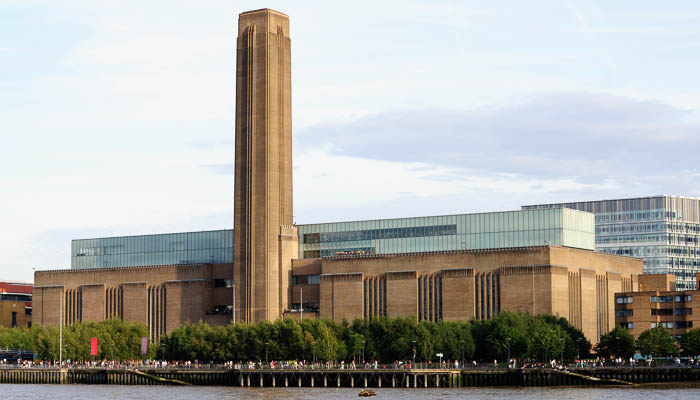 Tate Modern is the most visited art gallery in Europe. It is one of those places that really doesn’t need an introduction, and boasts of a delightful permanent collection that is spread over three floors and consists of just about everything that you can possibly imagine. A trip to the Tate Museum offers a unique insight into the history of modern art, and with new extensions taking shape, things keep getting better and bolder.

Visiting any one of these museums is well worth your time while in Europe. Each museum and art gallery in this list is considered to be a must-see and each attracts millions of visitors each year. So the next time you’re visiting Europe, try adding a few into your itinerary, for they are European museums you simply cannot miss out on.

This week and next week we are writing 5 articles about the European Dream – must-sees and visits in Europe. Make the most out of your holiday in Europe:

One thought on “The Best Museums in Europe”