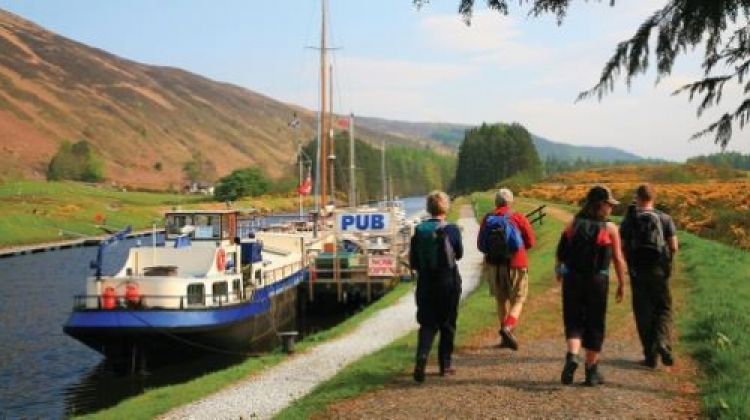 HIGHLIGHTS
Start in Fort William and end in Inverness, The Great Glen Way tour is a self-guided walking trip that takes 8 days. You will travel through Invermoriston, Fort Augustus, Drumnadrochit and 4 other destinations in Scotland. The Great Glen Way is a tour which includes accommodation in guesthouses, meals and others.

Walk through the heart of the Scottish Highlands at your own pace. Three hundred and eighty million years ago, northwest Scotland was joined to parts of Greenland and Northern Norway. Plate tectonics has changed all that and in the process the Great Glen Fault was created. Powerful glaciers up until about 8000 years ago scoured the line of the fault, leaving a line splitting the highlands and leading to open water at either end (Loch Linnhe in the south west and the Moray Firth in the north east). Central to this is Loch Ness, 23 miles long and the second deepest Loch in Scotland –depths of up to 750 feet. During the late 1700s, ideas were floated about building a canal to run through the fault, following Lochs Lochy, Oich and Ness, after all, they would only have to create 22 miles of man made canal as nature had already done most of the work. It began finally in 1803 by two brilliant engineers: William Jessop and Thomas Telford and was opened in 1822. It is the earliest example of nationalized transport in Britain, because the government wanted to create jobs in the Highlands after all the Jacobite wars – perhaps they thought it would keep their minds off politics! Along the canal you will find plenty of examples of elegant bridges and locks which reflect the early period of the Industrial Revolution. The Great Glen Way basically follows the fault line, stretching for 73 miles and was opened on 30th April 2002 by HRH Prince Andrew. The tour starts at Fort William, near the foot of Ben Nevis (Britain's highest peak, which can be readily ascended if you choose to spend an extra day), follows the shores of the famous Loch Ness, and finishes at Inverness, Scotland’s north-most city and the “capital of the highlands”. Most of the walking is straightforward, along canal towpaths and forest tracks, but there are some more challenging sections on the last couple of days.
View More
CUSTOMER REVIEWS
5 - Excellent
Based on 5 reviews
Excellent
5 - Excellent
“We had a great time walking The Great Glen Way. Food was great, people were friendly and beautiful views. We would highly recommend this walk.”
Excellent
5 - Excellent
“First walking holiday and already thinking about our next adventure with Sherpa. Excellent B&B's. All accommodations were fantastic. Staff at every location was friendly and helpful. Great service across the board.”
Excellent
5 - Excellent
“Enjoyed seeing the locks in action in Fort Augustus; the High Route from Fort Augustus was beautiful; meeting people along the way, no midgies!, and sampling whiskies at the end of the day.”
Excellent
5 - Excellent
“This was our first multi-day walk so we were a little apprehensive but we had a fantastic time and will definitely be doing more in the future.”
Read more reviews
ITINERARY Expand All
WHAT'S INCLUDED Download PDF Brochure
Accommodation
Meals
Transport
Others
WHAT'S EXCLUDED
Monthly Price Comparision
Why Book with Bookmundi
What are customers saying about Bookmundi
Excellent
4.72 Average 295 Reviews

No additional cancellation fees apply for this The Great Glen Way tour. You can cancel the tour up to 70 days prior departure and avoid paying the full amount, but your deposit paid is non-refundable. No refund applies for cancellations within 69 days of departure.

For this The Great Glen Way tour getting the required visa(s) is the responsibility for each individual traveller, as visa requirements vary depending on your nationality. We recommend to check with your local embassies representing the countries that you are travelling to, as part of this itinerary.

NEED HELP OR HAVE A QUESTION ABOUT THIS TOUR?
If you have any question about this tour or need help with planning a trip, please do not hesitate to get in touch with us. We're ready to help.
Ask a question
days 08 SavingUS$ 45
You have unlocked exclusive savings:
5% OFF TODAY From US$ 897 US$ 852
CHECK AVAILABILITY
Response Time: 1 hour Response Rate: 100% MAKE AN ENQUIRY
Excellent 5 Based on 5 Reviews

Tour is operated by : Sherpa Expeditions
186 Reviews
Currently 21:12 in London MAKE AN ENQUIRY Response Time: 1 hour Response Rate: 100%
Get a trip brochure with detailed information Download
YOU MAY ALSO LIKE 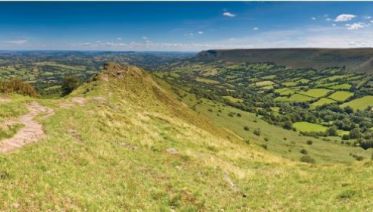 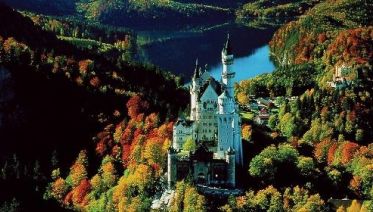 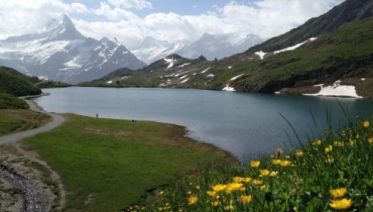 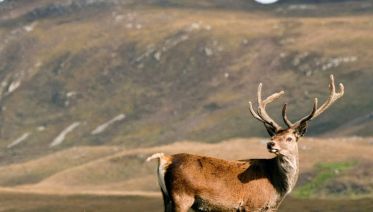 days13 From US$ 3,315
Other recommended tours
Related Scotland tours and trips
Scotland tour packages departing in
Download Trip Notes Enter your email to get a PDF file containing all the trip information for the The Great Glen Way tour.
Trip Notes Sent
We have sent the trip notes for this tour to:

If you book the The Great Glen Way tour within the next 5 days, you can get by applying the following code: