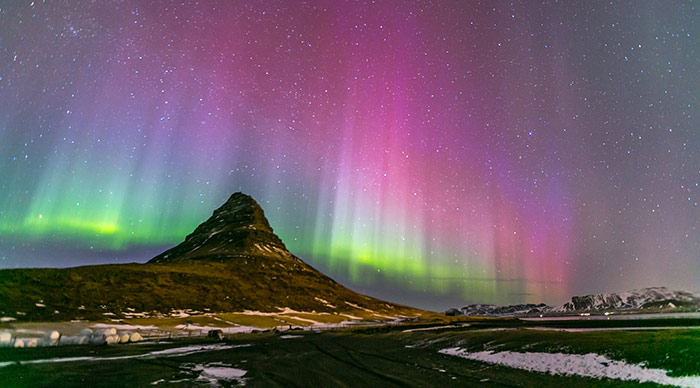 You want to travel because you want to have fun, learn more about new destinations, take a break from everyday life, build memories you’ll cherish all your life. You want to see the most amazing sights on the planet, discover places that truly look and feel special.

Most importantly, you want to keep ticking things off your travel lists, uncovering new adventures as you go. If you’re still searching for destinations to add to your travel bucket list, this list of the 10 things to do before you die is sure to present some of the most phenomenal and inspirational travel destinations on the planet.

Northern Lights refers to a natural phenomenon that lights up the sky in certain countries located in the north. This mysterious show presents a stunning glow of multi-colored lights which twist and turn like a fascinating lamp. Considered to be one of the most timeless charms of travel, the Northern Lights will have you swooning with joy, offering an experience that is both exciting and humbling at the same time. The phenomenon is best seen from the Arctic region and has become a major reason why people brave the chilly winters and still land up in northern countries.

Machu Picchu has become so popular that you’re often wondering whether you’ll end up getting disappointed. However, no matter how high you set your expectations, no matter how many photos you see, seeing this ancient Inca city come in front of your eyes is an experience you’ll never forget. The sheer scale and audacity of engineering on display leaves you speechless, and this is sure to be one of the most incredible journeys of your life.

Many travelers have called the temples of Angkor Wat in Cambodia the highlight of any travel bucket list. This 500-acre complex is home to some of the greatest and largest religious monuments on the planet, and the complex creations represent the architectural achievements of the legendary Khmer empire. The temples were originally dedicated to Hindu god Vishnu and have been popular as a place of worship ever since the 12th century. The Angkor Wat complex is believed to be a miniature replica of the universe and its towers and walls reveal a level of sophistication that would baffle most architects even today. You often hear about the grandeur of the place, but nothing can prepare you for the sight of seeing the sun rise beyond the complex.

Often called the 8th natural wonder of the world, the Great Migration is another spectacle you simply cannot have enough of. Just think of those Mowgli scenes and imagine being surrounded by millions of buffalos as they storm through the river basin, being chased by Sher-Khan-like predators. Well, turns out that this experience is yours for the taking at the Serengeti National Park in Tanzania and the Maasai Mara National Park in Kenya. The Great Migration represents the annual journey of millions of zebra and wildebeest as they roam between the two parks in search of greener pastures.

Agra is congested and notoriously confusing. It is a sensory overload, a trip that sends you into overdrive. The lack of privacy often feels appalling, leaving you perplexed, forcing you to pause for a moment, as you try and adjust to the unique way of life in the Indian subcontinent. And then there’s the Taj Mahal. Just watching at this iconic symbol of love makes you forget about everything else, the surrounding crowds dim into view as you watch the most famous building on the planet change its colors at different times of the day. Mughal emperor Shah Jahan commissioned this white marble mausoleum in the memory of his wife Mumtaz Mahal and the structure has been defined as the highlight of Mughal architecture in the subcontinent as well as the most romantic building on the planet.

Don’t even think about it. You’ll never see everything that the Grand Canyon has to offer. The best thing that you can do is choose a particular region of the canyon and dive in. The most important thing to remember while visiting the Grand Canyon is that you forget everything you’ve seen in those photographs, for nothing prepares you for the beauty that’s about to blind your eyes, treat your senses to unabashed magnificence. Many cry the first time they see the canyon, and it is normal to do so. This is perhaps the grandest and most beautiful natural creation that you’ll ever witness in your life.

Explore the true beauty and sheer ingenuity of nature as you dive into the depths of the ocean to introduce yourself to the Great Barrier Reef. Considered to be a living masterpiece, this iconic attraction requires you to dive, sail and snorkel, introducing you to all kinds of mesmerizing corals and marine life along the way. Try and visit the region between the months of November to March, for you can check out the turtle nesting season and witness hatchlings diving into the sea. And visit the Great Barrier Reef while you still can, for this is one of the fastest disappearing wonders on the planet.

Hundreds lost their lives trying to conquer the iconic Himalayan ranges, but thankfully, you’ll find yourself in the able company of some of the best guides on the planet. A trek through the Himalayas is sure to leave you amazed, the sheer mountainside beauty blinding your eyes, the remote Tibetan culture soothing your soul. The Himalayas stretches all the way from Pakistan till China, but it’s Nepal that usually offers the best trekking experiences in the region. The landscape is dominated by gravity defying passes, stunning glaciers and 8 of the 10 highest peaks in the world, and every bend introduces you to something special, something incredibly unique. And if you’re planning to visit the Himalayas, take a look at an Everest Base Camp trek before you do anything else, for this is the most beautiful and popular yet one of the most difficult treks that the Himalayas has to offer.

The Marvels of Ancient Egypt

Egypt has been riddled in mystery, home to an ancient culture that boasted of architectural feats that look and feel impossible even today. The country might be in turmoil in the present, but it once boasted of a glorious past, home to one of the greatest civilizations to walk the face of the earth. Nothing compares to stepping back in time and immersing yourself into the land of pyramids, discovering stories and legends of merciless gods, mummies, pharaohs and ancient kingdoms. The best place to start your tour is in Giza for Sphinx as well as the Great Pyramids, two of the most iconic sights of Egypt, are located here. And while you’re in the region, don’t forget to enjoy a cruise up the River Nile, considered to be one of the most romantic cruises on the planet since centuries. End your journey in the city of Luxor, home to the Temple of Luxor, the legendary tomb of Tutankhamun and the Valley of Kings.

The Galapagos Islands don’t need any introduction. Considered to be the best wildlife watching destination on the planet, these islands present nature at its beautiful best. Charles Darwin had once termed the island ‘a little world within itself’ and rightly so, considering that many of the species found here cannot be seen anywhere else on the planet. The Galapagos’ unique location puts it at the confluence of three oceans, allowing a rich diversity of marine life to thrive here. The 19-island archipelago is also home to some of the most exotic species you’ll ever see, ranging from the fabled giant tortoise and humongous lizards to penguins and sea lions.

What is the most amazing destination on the planet? Is it the iconic Taj Mahal or the stunning Machu Picchu? The breath-taking temples of Angkor Wat or the sheer magnificence of the Great Migration? Let us know using the comments below!