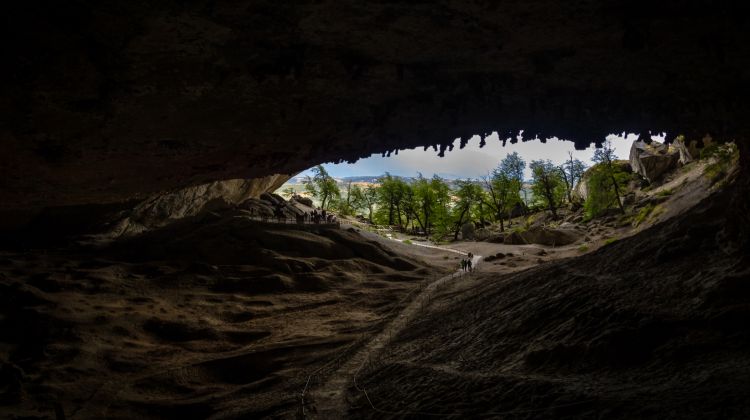 Drive past estancias and valleys until you reach the village of Cerro Castillo, a rural settlement located in the middle of the Patagonian pampas that shares its border with Argentina. Continue north through the Magellanic Steppe, the seventh largest desert in the world, until you see mountains to the west.

Pay for the tickets (not included in the tour price) to Torres del Paine National Park before entering inside. Stop at the viewpoints along the way to admire the beauty of this area. You might even spot a variety of wildlife in the national park, including Andean condors, Mora eagles, red foxes as well as large herds of guanacos.

Among other attractions, we will see the famous Los Cuernos, Paine Grande, Gray Glacier and a number of glacial lakes. Leaving the park behind, we will head for Cueva del Milodon Natural Monument, where the remains of a prehistoric giant ground sloth called Mylodon darwini were found.

See the main cave and the replicas of the fossilized remains before heading back to Puerto Natales at around 6:00 pm.
View More
WHAT'S INCLUDED WHAT'S EXCLUDED
Why Book with Bookmundi
What are customers saying about Bookmundi
Excellent
4.71 Average 334 Reviews

NEED HELP OR HAVE A QUESTION ABOUT THIS TOUR?
If you have any question about this tour or need help with planning a trip, please do not hesitate to get in touch with us. We're ready to help.
Get help
hours 11 From US$ 89
CHECK AVAILABILITY
Response Time: 3 hours Response Rate: 100% MAKE AN ENQUIRY