North America Up to 35% off

South America Up to 40% off

Brazil is the country of adventurers, and lovers. It is a country that will change your opinion about life. It is the place you will keep going back to over and over again. From the exciting beaches, to the enchanting mystery of Amazon, there are a million reasons why you should visit Brazil. The country is quite big, and the weather in Brazil is incredibly varied. If you want to know when to visit Brazil, you should find out what you want to do there first.

Brazil is one of the biggest countries in the world, so it is only natural that the climate systems would vary from location to location. You can presume that there are four distinct weather patterns. There is the coast- which has temperate weather the year round, with some short showers between October and January. The South, where São Paulo and Porto Alegre lie, can get rather cold (well, the Brazilian interpretation of cold) between June to September. The northeast, where the Amazon lies, is really hot the year round.

In general, the best time to visit Brazil is considered to be between December and April, when the weather is dry and sunny. The summer months are absolutely beautiful, and a wonderful respite for those escaping the cold winters in the northern hemisphere.

This is the season when most people head to Brazil, looking for warmer pastures during the cold winter. The beaches are absolutely beautiful in this season - the weather is warm, the skies are blue, and the waves are exactly right for those who wish to surf. São Paulo and Porto Alegre, all have great weather during this period, and you can enjoy the lively You should keep in mind that the accommodation prices would be more expensive during this period, and also very much in demand, so make your bookings early.

May to September — Monsoon / Low Season

May to September is usually considered low season in Brazil, when the crowds usually wear off. You will find some crowds in July, as it is the school holiday season, though. There is rainfall in most parts of the country during this period - especially around São Paulo and Porto Alegre, Fortaleza, Salvador, and Recife. However, besides July, the accommodation and travel prices would be way lower, so if you want to travel the country on a budget, this is your chance!

October and November are the shoulder season - where the weather is still ideal, and the crowds have started to leave, so you can enjoy a great vacation at lower rates. You can visit Pantanal, or Rio, where the weather is just right. Down South, towards Minas Gerais, the weather will be rather cold during this period (once again - cold in Brazilian terms). If you are lucky enough, sometimes, it even snows in Santa Catarina, during this season!

Tours and Holidays in Brazil 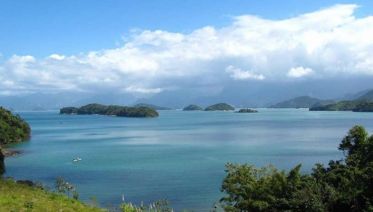 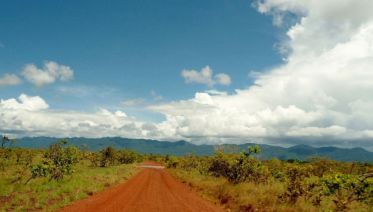 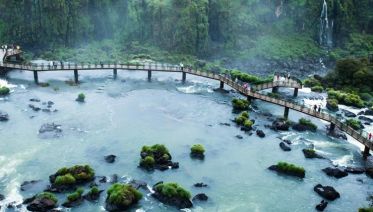