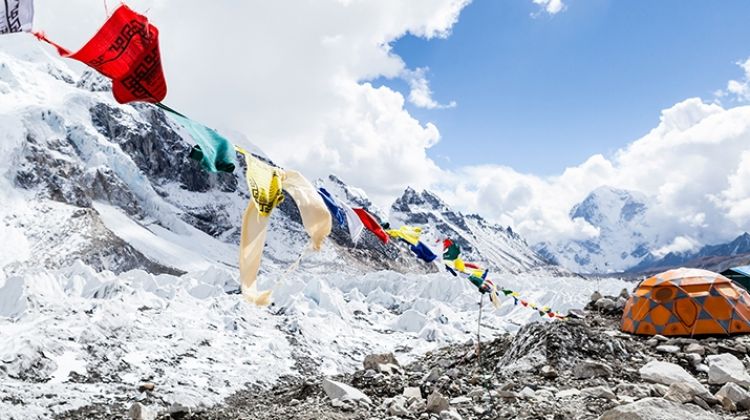 Tour with Flexible Booking Policy
HIGHLIGHTS
Be part of a fascinating and adventurous journey through the Himalayas. Trek all the way to the base camp of Mount Everest, the tallest mountain in the world, during this 12-day, guided trip. See more than 30 mountains, including four of the 10 highest peaks in the world, along the way.

Fly to Lukla, the gateway to the Everest region, from Kathmandu. Follow the Dudh Koshi River as you trek through the thin air of the mountains. See Sherpa hamlets and ancient monasteries along the way. Enjoy acclimatization breaks in Dingboche and Namche Bazaar.

A relaxed, 6 hours per day of walking will take you to Everest Base Camp on the eighth day. Ascend to the top of Kala Patthar and enjoy a 360-degree view of the mountains before starting your descend down to Namche.

View More
CUSTOMER REVIEWS
5 - Excellent
Based on 221 reviews
A
5 - Excellent
Great Everest Base Camp trek with Unique Adventures Limited.
“Really enjoyed spending time in the Khumbu Valley, seeing all of the Sherpa people and famous Himalaya Mountains.”
S
5 - Excellent
Would like to visit again and again
“I had visited Mt. Everest base camp solo, unique adv gave me a great experience. Service nd medical help was fabulous.
Thank you for all”
L
5 - Excellent
EBC solo trek- amazing guide
“I had the amazing privilege to embark on the 12 day trek to EBC. I had no expectations going in, and was actually doing a high-altitude trek for the first time in my life. From day 1 it was such an incredible experience. Unique Adventure picked me up from the airport, and seemlessly arranged everything. My guide, Dasonam Sherpa (amazing, highly recommend, 10/10, great man) was professional, respectful, patient, and one of the kindest people I've ever met. We got along perfectly, and the trip wouldn't have been as great without him. We saw so many beautiful landscapes, met people from all over the world, and experienced an amazing culture unlike any I've seen. Though some aspects of the trek were difficult, it was the most magical trip I've ever been on and highly recommend to anyone.”
C
5 - Excellent
Amazing trip start to finish
“We did the 12 day trek in October 2019. Our guide Nuri was an absolute star - great fun and very knowledgeable. The trek itself was tough in places but overall very manageable for a healthy adult. Absolutely beautiful scenery throughout the trek.

Some tips:
The teahouses were mostly comfortable (though very cold at night as you get higher up!) and the food options were varied and usually tasty. Dal baht highly recommended for all! Hot showers are available at all the teahouses for a price. In the bigger villages charging can be done at the bakeries and bars in exchange for a purchase. For anyone wondering, as we were, whether they should take Diamox prior to the trip, we were recommended not to and were overall fine, apart from the odd headache.

A big thanks to Nuri Sherpa for an amazing time. Enjoy!!”
Read more reviews
ITINERARY
Alt. in: ALTITUDE MAP
Expand All
WHAT'S INCLUDED OPTIONAL ADDONS (Available during check-out) WHAT'S EXCLUDED
Why Book with Bookmundi
What are customers saying about Bookmundi
Excellent
4.68 Average 345 Reviews 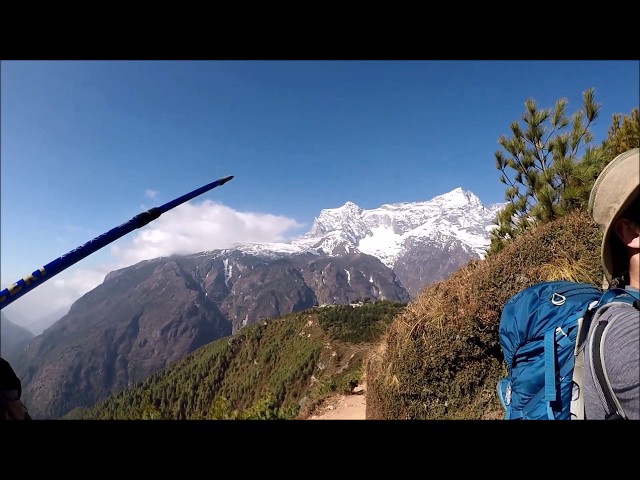 QUESTIONS AND ANSWERS Find answers to the most frequently asked questions about this tour.
Read more questions and answers
NEED HELP OR HAVE A QUESTION ABOUT THIS TOUR?
If you have any question about this tour or need help with planning a trip, please do not hesitate to get in touch with us. We're ready to help.
Get help
days 12 SavingUS$ 170
You have unlocked exclusive savings:
15% OFF TODAY From US$ 1,133 US$ 963 See Group Discount
CHECK AVAILABILITY
Response Time: 2 hours Response Rate: 100% MAKE AN ENQUIRY 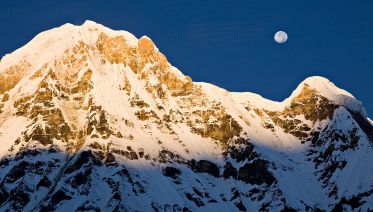 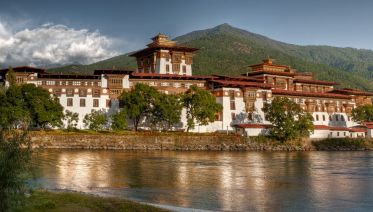 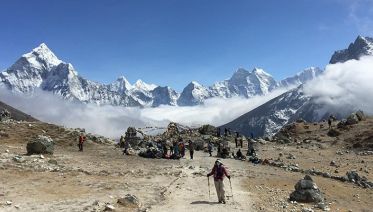 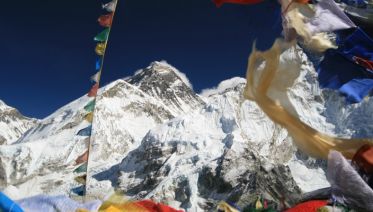 of 25 reviews
days12 From US$ 1,199 US$ 968
Other recommended tours
Related Nepal tours and trips
Nepal tour packages departing in
Welcome back!