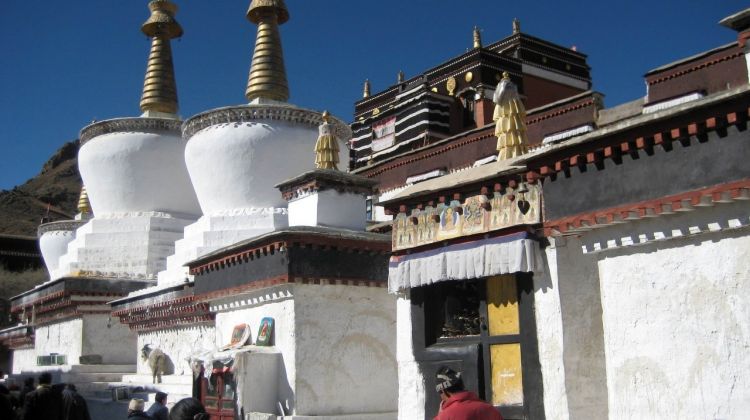 HIGHLIGHTS
Mere mentions of Tibet evokes feelings of awe and mystery in extremely remote and isolated by the most formidable Himalayan ranges. A land of ancient Buddhist culture, awesome landscapes, artistic monasteries and centuries-old caravan trails; Tibet is a destination out of the ordinary. Famed as the roof of the world, the Tibet Autonomous Region of China lies on a plateau at an average elevation of 4000 m.

Other Practical InformationCHINESE VISA: Tibet is under Chinese jurisdiction, so you are required to hold a valid Chinese visa (issued by a Chinese Embassy), as well as a valid passport. If you are coming to Lhasa from Kathmandu, you have to get a Chinese visa from Embassy of China in Kathmandu (regardless of whether you already have a Chinese visa issued in your country) as a special administrative situation exists between China and Nepal. TIBET TRAVEL PERMITS There are two kinds of permits issued for traveling in Tibet: the entry permit (TTB permit, equivalent of a visa for Tibet) and the Alien travel permit (PSB permit). Travel Agency provides both types of permit. TTB PERMIT - TIBET ENTRY PERMIT When you fly into Lhasa you will need to show this permit when checking in at the airport. Also, in order to buy a flight to Lhasa in the first place you will need to show this permit. TTB permits are also needed by groups traveling by Land Cruiser, but you can obtain this permit only authorized travel agency. PSB PERMIT - ALIEN TRAVEL PERMIT If you want to travel restricted areas in Tibet, you will need an Alien travel permit issued by the PSB (Public Security Bureau) of Tibet. The Alien travel permit is also sometimes referred to as the PSB permit. You have to send us following documents to procedure Chinese visa and Tibet Travel Permit minimum 21 days before your tour initiates. Photocopy of your passport in colors (You can scan and send us by email). Photograph (one passport photo, you can scan and send us by email)
QUESTIONS AND ANSWERS Find answers to the most frequently asked questions about this tour.
Ask a question
NEED HELP OR HAVE A QUESTION ABOUT THIS TOUR?
If you have any question about this tour or need help with planning a trip, please do not hesitate to get in touch with us. We're ready to help.
Get help
days 05 From US$ 1,590
CHECK AVAILABILITY
Response Time: 1 hour Response Rate: 100% MAKE AN ENQUIRY