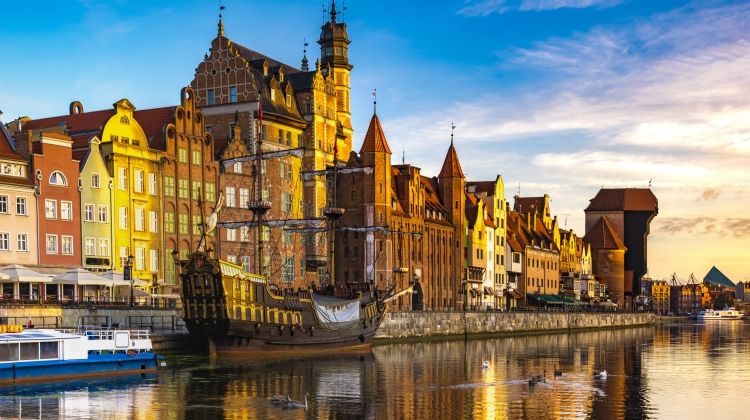 Embark on an in-depth journey through Poland. Tour the thriving capital city of Warsaw. Reborn after World War II, it is again one of Europe’s great cultural centers. Walk the meandering lanes of historical Krakow where you will see Wawel Castle, once home to the kings of Imperial Poland. The somber history and tragic reality of Auschwitz is unveiled during a moving visit. Behold the Black Madonna while visiting the Jasna Góra Monastery. Discover Polish culture at a folklore dinner and show in Krakow. Make tasty gingerbread in Torun. Stand on the dock where union workers formed the Solidarity Anti-Communist movement in 1989 in Gdansk. Explore the ancient city squares and UNESCO World Heritage sites of Torun, Wroclaw, Warsaw, Gdansk and Krakow.
View More
ITINERARY Expand All
Select Tour Version:
WHAT'S INCLUDED
Meals
Accommodation
WHAT'S EXCLUDED
Why Book with Bookmundi
What are customers saying about Bookmundi
Excellent
4.71 Average 334 Reviews

NEED HELP OR HAVE A QUESTION ABOUT THIS TOUR?
If you have any question about this tour or need help with planning a trip, please do not hesitate to get in touch with us. We're ready to help.
Get help
days 12 SavingUS$ 200
You have unlocked exclusive savings:
10% OFF TODAY From US$ 1,999 US$ 1,799
Sorry, this product is currently not available.
Response Time: 2 hours Response Rate: 100% MAKE AN ENQUIRY