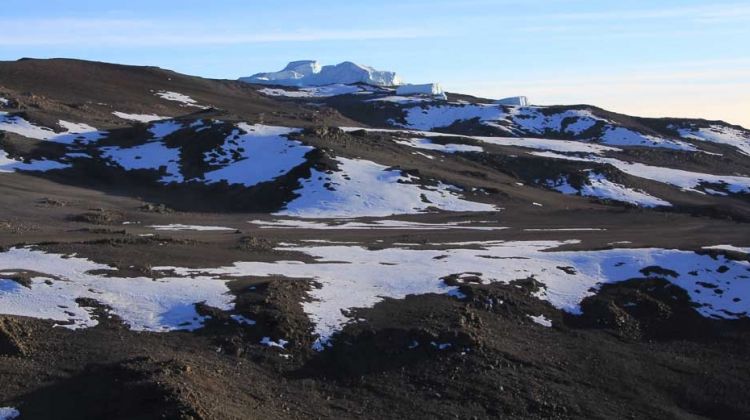 HIGHLIGHTS
The Rongai route is the only route that approaches Kilimanjaro from the north, close to the Kenyan border. Though gaining popularity amongst climbers, Rongai has low traffic. It is the preferred route for those looking for an alternative to the crowded Marangu route, for those who would like a more remote hike, and for those who are climbing during the rainy season (the North side receives less precipitation).

The Rongai route is one of the easiest route up to Kilimanjaro summit and it joins the Marangu route at Kibo hut. The minimum number of days required for this route is six days, and seven days are recommended. We have designed the trip for 7 days as that will allow for proper acclimatization on the mountain.

Wildlife can be seen on the lower slopes such as buffalo's, Elephants, Baboons and monkeys together with different species of birds.

Although the scenery is not as varied as the western routes, the Rongai route makes up for this by passing through true wilderness areas for days before joining the Marangu route at Kibo camp. On the way down this route goes together with the Marangu route.

The Rongai route as such is a moderately difficult route and relatively easier than other routes up Kilimanjaro. It is therefore highly recommended, especially for those with less backpacking experience, as the probability of reaching the summit will be higher.
View More
ITINERARY
Alt. in: ALTITUDE MAP
Expand All
WHAT'S INCLUDED WHAT'S EXCLUDED
Why Book with Bookmundi
What are customers saying about Bookmundi
Excellent
4.69 Average 364 Reviews

NEED HELP OR HAVE A QUESTION ABOUT THIS TOUR?
If you have any question about this tour or need help with planning a trip, please do not hesitate to get in touch with us. We're ready to help.
Get help
days 07 From US$ 1,984 See Group Discount
CHECK AVAILABILITY
Response Time: 1 hour Response Rate: 100% MAKE AN ENQUIRY