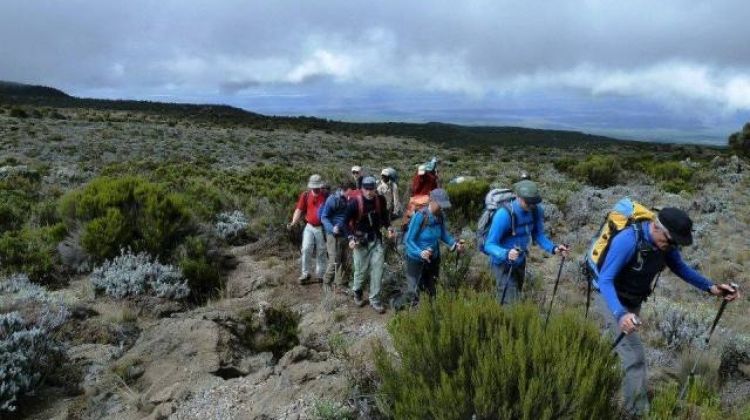 HIGHLIGHTS
At 4,566 m Mt Meru is the fifth highest mountain on the African continent and the second highest in Tanzania. About 250,000 years ago, a massive volcanic eruption blew away the entire eastern flank of the mountain and left it with the distinctive appearance it has today.

The mountain became well known mainly because it is only 70 km from Mount Kilimanjaro. Mt. Meru has become a popular "warm up" trek for Kilimanjaro climbers.

Mt. Meru is located within Arusha National Park, and usually the climber can start the trip from Moshi or Arusha, in Northern Tanzania. This major location provides Mount Meru climbers the chance to spot some wildlife that naturally inhabits the area.

The ascend is fairly steep and the route to the summit passes over watercourse, through parkland, montane forest, a giant heather zone and moorland.

The summit is made by a narrow, barren ridge, which gives spectacular views of the Ash Cone lying several thousand feet below in the crater.
View More
CUSTOMER REVIEWS ABOUT ENOSA EXPEDITIONS
5 - Excellent
Based on 62 reviews
Bill's review for another Enosa Expeditions tour
5 - Excellent
“We saw sights I will never forget. Our guide made a great effort to allow us to see rare events. We saw every animal you could ever expect to see in Africa. Lions, leopards, elephants, rhinos, cheetahs with cubs, cheetahs eating a kill. All of these were at close range. Our guide Rashid had incredible knowledge of all of the animal and plant life we encountered. As a bonus Rashid gave us an amazing history lesson about Tanzania. Our meals were excellent and varied. Just an incredible trip.”
Travis' review for another Enosa Expeditions tour
5 - Excellent
“Excellent”
Jennifer's review for another Enosa Expeditions tour
5 - Excellent
“Our safari with Enosa Expeditions to Ngorongoro, Serengeti, Lake Manyara, Tarangire and Lake Victoria even exceeded our expectations which we admit were very high. Reliable, courteous, friendly and knowledgeable are just a few of the words that apply to our wonderful driver-guide Erastus who was not only an excellent driver but also, he was knowledgeable about which places to go to and what to see. We were able to see everything we wanted: elephants, zebras, hippos, giraffes, "the big 5" and many more.
Their cars are very comfortable and their guides all speak fluent English. Our guide Erastus brought us to beautiful places and knew exactly what we wanted to do and see!
If you wish to get the safari of your dreams, I would recommend that you use this company to make your dreams come true! We had such a great time in Tanzania and I'm pretty sure Enosa Expeditions had a lot to do with that. They took care of every single detail of the entire trip, making the whole experience remarkable”
Read more Enosa Expeditions reviews
ITINERARY
Alt. in: ALTITUDE MAP
Expand All
WHAT'S INCLUDED WHAT'S EXCLUDED
Why Book with Bookmundi
What are customers saying about Bookmundi
Excellent
4.71 Average 321 Reviews

NEED HELP OR HAVE A QUESTION ABOUT THIS TOUR?
If you have any question about this tour or need help with planning a trip, please do not hesitate to get in touch with us. We're ready to help.
Get help
days 06 From US$ 1,200 See Group Discount
CHECK AVAILABILITY
Response Time: 1 hour Response Rate: 100% MAKE AN ENQUIRY