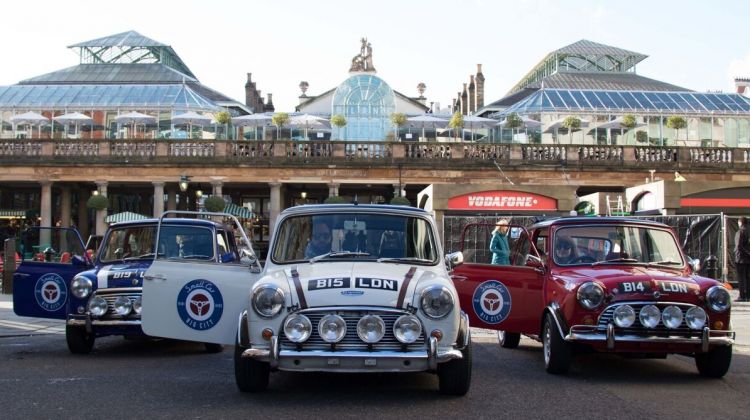 HIGHLIGHTS
See where the most successful British film franchise of all time was filmed. Be chauffeur driver round each film location in a restored classic Mini Cooper with your very own passionate local guide to bring the story to life.

Calling all Muggles and Wizards! Come and discover a wonderful world of magic. Squeeze between two busses over Lambeth Bridge, just as Harry did, but rather than travelling in the Night Bus you will be in a restored classic Mini Cooper. See the inspiration behind Diagon Alley and where the Death Eaters threatened from above. You will see film locations featured in all of the films from the Philosopher’s Stone to the Deathly Hallows. Whether you wish to be Harry, Ron or Hermione, retrace the stars’ footsteps and recreate the famous scenes for yourself. You will finish up at Platform 9 ¾ just in time to catch theHogwarts Express back home.

Other Practical InformationAll tours to be booked at least 48 hours in advance Subject to availability Maximum 3 passengers per car, if your party is more than 3 you will travel in multiple cars (24personsmaximum) Not wheelchair accessible if 3 passengers per car, wheel chair accessible only when 2 passengers per car
NEED HELP OR HAVE A QUESTION ABOUT THIS TOUR?
If you have any question about this tour or need help with planning a trip, please do not hesitate to get in touch with us. We're ready to help.
Get help
hours 02 From US$ 296 Flat Rate
CHECK AVAILABILITY
Response Time: 2 hours Response Rate: 100% MAKE AN ENQUIRY