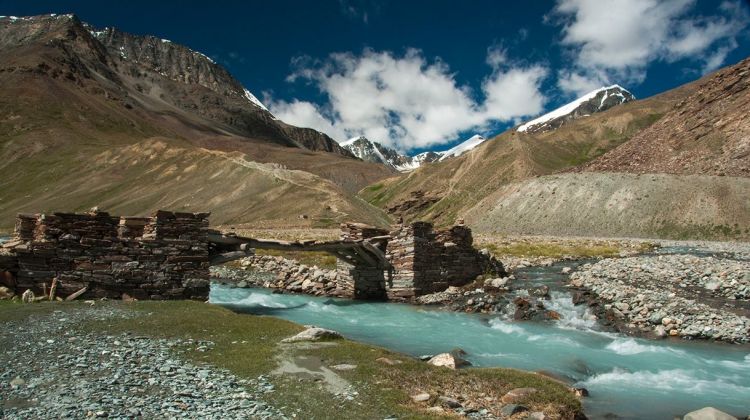 HIGHLIGHTS
Here is an opportunity for only the hardiest and most adventurous trekker, 14 to 20 km of rough, tough and wonderful views every day for two weeks!

You and your group will be led among Western Himalaya's premier long-distance footpath, which links Darcha in Lahaul with Padum in Zanskar and Photoksar in Ladakh. As you traverse old pack-horse trails, shepherd's tracks and ancient routes, you will cross several rivers including Chandra, Bhaga, Tsarap, Doda, Zanskar and Indus. Along the way, you will visit: Phuktal monastery, which is built under a huge cave; Sani gompa, Mani gompa, Burdan gompa, Karsha gompa and Lingshed gompa.

The trek terminates at Photoskar, from where we'll drive to Leh along the Yapola river gorge and finally along the Indus river.
View More
ITINERARY
Alt. in: ALTITUDE MAP
Expand All
WHAT'S INCLUDED WHAT'S EXCLUDED
Why Book with Bookmundi
What are customers saying about Bookmundi
Excellent
4.71 Average 333 Reviews

NEED HELP OR HAVE A QUESTION ABOUT THIS TOUR?
If you have any question about this tour or need help with planning a trip, please do not hesitate to get in touch with us. We're ready to help.
Get help
days 17 SavingUS$ 88
You have unlocked exclusive savings:
5% OFF TODAY From US$ 1,760 US$ 1,672
CHECK AVAILABILITY
Response Time: 3 hours Response Rate: 100% MAKE AN ENQUIRY