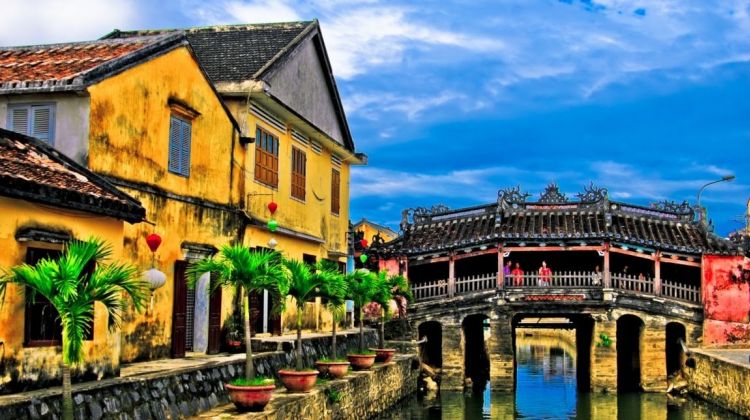 HIGHLIGHTS
Join us on this guided, 4-hour-long tour of Hoi An, a port city that was a major trading center of Southeast Asia in the 16th century, and get the chance to learn more about the city’s melting-pot history through its architecture.

Meet your tour guide and driver at your hotel and drive to Hoi An's World Heritage site of Ancient Town. The town lies on the banks of the Thu Bon River and is criss-crossed by numerous canals. Note the distinct Chinese architecture of its houses with low, tile roofs built on narrow streets. All the houses were made of rare wood and decorated with lacquered boards.

Start walking around town with your guide and visit some of the most important monuments of the city, including the old house of Tan Ky, Fukian Assembly Hall (an ornate Chinese temple that was first built in 1692), the Japanese Covered Bridge and local markets and harbors.

Enjoy Hoi An’s traditional dance and folk song performances before heading for lunch. Savor delicious Hoi An specialities like banh mi, cao lau and the famous white rose. Drive back to the hotel after lunch.

NEED HELP OR HAVE A QUESTION ABOUT THIS TOUR?
If you have any question about this tour or need help with planning a trip, please do not hesitate to get in touch with us. We're ready to help.
Get help
hours 04 From US$ 29
CHECK AVAILABILITY
Response Time: 2 hours Response Rate: 100% MAKE AN ENQUIRY