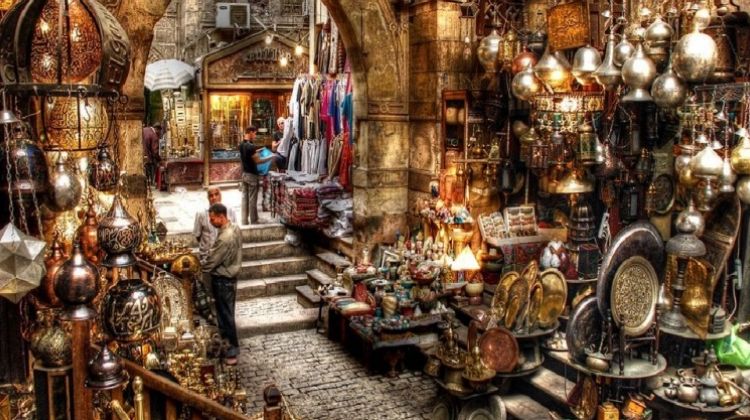 HIGHLIGHTS
This one day tour in Cairo is a sightseeing tour that will take you to the most famous churches and mosques in the city.

At 8:00 am we will pick you up from your hotel in Cairo to start your full-day tour visiting Old Cairo, also known as Christian Coptic Cairo. This is among the most important locations to visit in Cairo because it was visited by the Holy Family. Their spiritual presence is thought to be still felt in this place.

The Church of Abu Serga (St Sergious) was built as a prime landmark for many tourists. This, and the whole area of the Fort of Babylon, is a destination of pilgrimage not only for Egyptians but for Christians from around the world. An air of piety and devotion permeates the whole district here.

You will be able to visit and enter the Church of Abu-Sergah and St. Barbara, the hanging church. You will also get to learn about the old Jewish synagogue - Ben Ezra Synagogue.

Lunch is included in between visits at a local restaurant based on full-meal for each person but beverages are not included.

We will continue our day-tour to Islamic Cairo that was founded in 641 A.D by the first Muslim leader Amr Ibn Elas. At Islamic Cairo, you will be able to visit and enter Masjid Amr Ibn Elas Mosque that was built in 642 A.D.

We follow this by a visit to the biggest mosque in Cairo, El Sultan Hassan Mosque, also known as `Madrasa El Sultan Hassan` that was founded by Sultan Hassan in 1356 A.D. The Mosque-Madrassa of Sultan Hassan is a massive Mamluk era mosque and madrassa which is located near the citadel in Cairo. It is famous for its construction, which began in 757 AH/1356 CE with work ending three years later "without even a single day of idleness". At the time of construction, the mosque was considered remarkable for its size and innovative architectural components.

We will visit Al-Rifa'i Mosque next, which dates from around 1361 and was architecturally conceived as a complement to the older structure. . The building is located opposite the Mosque-Madrassa of Sultan Hassan.

At the end of the tour you will be transferred back to your hotel.
View More
CUSTOMER REVIEWS ABOUT EMO TOURS
4 - Very Good
Based on 11 reviews
E
4 - Very Good
Elizabeth's review for another EMO Tours tour
“Tuve la suerte de hacer un viaje inolvidable con mi familia , Emo Tours nos atendi de maravilla , creo que nuestro gua Yman fue excelente !!! Gracias Yman esperamos volver pronto !”
L
5 - Excellent
Lauren's review for another EMO Tours tour
“Ibrahim was our tour guide and he was amazing, very nice and respectful, his English was perfect he went above and be on and we did everything we wanted to do and then some he really made our experience special he made us feel very comfortable, he was very knowledgeable about everything, from the pyramids and all the ancient ruins in the museums, even took us shopping and as we all know people can haggle you when at the pyramids and shopping around town, and he kept them all away which we extremely appreciated, and helped us translate when making purchases to ensure we got the best deal, he even took us out for refreshers and lunch at the end of the day !!! And extremely considerate he took a lot of very good pictures he was like a personal photographer, he did everything at our pace. We originally had booked him as our shuttle from the Cairo airport to our hotel when we first arrived in Egypt, he was on time to pick us up from the airport, He was waiting with our name and actually found us as soon as we walked out the door of the airport! he was also extremely punctual when picking us up from the hotel to start our tour and very accommodating considering we booked our tour on our ride from the airport to our hotel. Anytime in Cairo or the surrounding area I would definitely book him for any thing needed whether it be a tour or just an airport shuttle .”
H
4 - Very Good
Haruna's review for another EMO Tours tour
“Very Good”
Read more EMO Tours reviews
WHAT'S INCLUDED WHAT'S EXCLUDED
Why Book with Bookmundi
What are customers saying about Bookmundi
Excellent
4.71 Average 333 Reviews

NEED HELP OR HAVE A QUESTION ABOUT THIS TOUR?
If you have any question about this tour or need help with planning a trip, please do not hesitate to get in touch with us. We're ready to help.
Get help
hours 08 From US$ 90
CHECK AVAILABILITY
Response Time: 2 hours Response Rate: 100% MAKE AN ENQUIRY