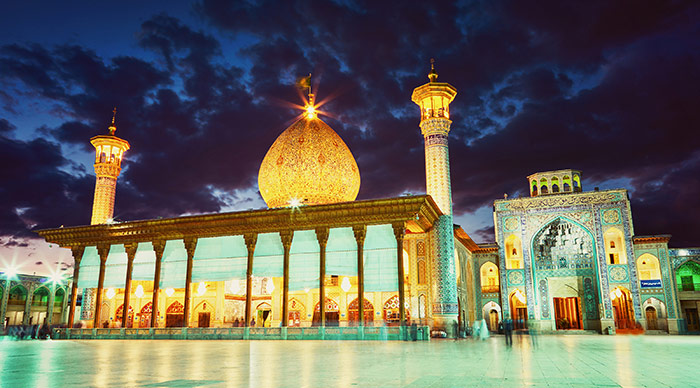 The world is full of beautiful places waiting to be explored. There are so many places to see that sometimes, we just want to put on our boots, and just set out exploring. While it is possible for us to explore the beauty of a number of countries, geo-political problems in a number of areas have made it impossible (or very hard) for people to visit. Here are a few countries we keep dreaming about visiting, knowing that it might not happen anytime soon.

Ukraine is a lot of things. It boasts of rolling hills as far as the eye can see and offers a combination of European and Asian traditions, an eclectic mix of architecture and culture. A large portion of Ukraine still remains unexplored, but anybody who has had the privilege of visiting Ukraine will wax poetically about the beautiful nights in Myrhorod, or the stunning city life in Kyiv, or the churches in Lviv, and the lofty peaks of the Carpathians. Unfortunately, Europe’s biggest country has been mired in conflict with Russia from 2014, keeping many tourists away. The country is rather safe to visit though, as long as you do not get too close to its Eastern borders.

Iran is a country that is impossible to hate tourism-wise. The lofty Zagros mountains, the ancient ruins of Persepolis, or the riotous colors of Esfahan, or the beautiful mosques in Shiraz and the huge Elamite Ziggurat in Choqa Zanbil are all spots that will make you fall in love with Iran.

There was a point of time when you could head to the local teahouse, and have a cup of the world famous Iranian chai, before heading out to the bazaars to view the intricate designs of Iranian crafts and textiles. However, extremism, civil war and other issues have unfortunately rendered Iran on many countries’ not-to-visit list.

Home to one of the oldest civilizations in the world, Iraq is a country that cherishes its millennia-old history, and struggles with its recent wars. Iraq is surrounded by lofty mountains, and the interiors are spotted with countless archaeological sites, with historians trying to piece together the mystery of the ancient Mesopotamian civilization.

From Erbil to Sulaymaniyah, or just the beautiful mosques and bazaars in Baghdad, Iraq is a country brimming with history. Unfortunately, following the war in 2003, and the more recent strife in 2014, it is becoming more and more difficult for tourists to visit the country.

Venezuela is home to some of the most stunning vistas in the world. The country has everything – the Andean peaks, isolated islands, rolling green grasslands, beautiful Caribbean coastline, and even the world’s highest waterfalls – the Angel Falls. If you could visit, Venezuela would be the trip of a lifetime.

However, the country is quite dangerous. Internal rioting and crime have resulted in one of the world’s worst murder rates. Hyperinflation has made currency cheap for those visiting from outside, but has also had crippling economic impact on the citizens themselves. Similar to Colombia, there have been warnings against traveling to Venezuela, which have been tightened due to the Zika outbreak.

Syria, for the past few years, has been voted the most dangerous place on the planet. It is the only country on this list that you should most definitely not travel to. The bloody civil war started in 2011, with discontent about President Bashar al-Assad’s regime, and it shows no sign of stopping. Before the conflict, however, Syria was one of the most prosperous countries in the Middle East.

Damascus has been the center of learning for millennia now, whereas the beautiful Roman ruins in Palmyra, and the waterwheels of Hama have previously attracted a number of tourists. As of now, these places are forbidden for visitors. All we can do is hope for a peaceful solution to the conflict, for the sake of the people, and for the beautiful country they call home.

Colombia is a stunning country that has been facing a barrage of problems over the past few decades. The conflict with the FARC brought instability to the region –  but conflict has existed in the area since the 1960’s. The guerrilla war has made it hard for tourists to visit the country, even though the security conditions had improved for a while.

Colombia is a country of colors – the beautiful town of Cartagena, or the stunning sand dunes at La Guajira, and the tranquil streams in El Cocuy will all inspire you – and make you yearn to see them in real life. However, travel restrictions have been in place for a while – and the recent Zika outbreak has further restricted entry into the country!

Sudan, unfortunately, still remains vastly unexplored. The country has been torn by years of civil war, which has been waging on and off since 1955. There are still warnings against visiting Sudan due to the on-going crisis. However, the country is a beautiful mystery waiting to be explored.

It is where the two Niles meet, where the deserts promise mystery and adventure. From the Meroe Pyramids, to the National Museum of Khartoum, or the beautiful Khatimiyah Mosque in Kassala, there is abundant beauty all over the country.

We hope that all these conflicts see a swift and peaceful end. The Earth is a beautiful place meant to be shared. After all, there is definitely enough for all of us to explore, without any conflict!