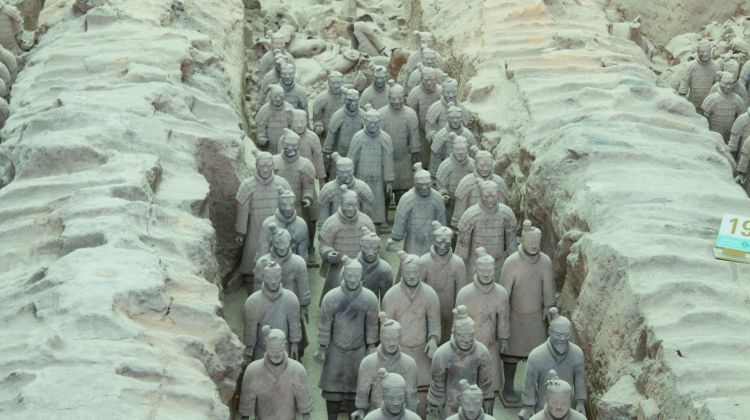 HIGHLIGHTS
Get ready to steep yourself in China's past in this layover tour of the Terracotta Warriors and Horses Museum located in Xi’an.

Our friendly tour guide along with an experienced driver will be there to pick you up from Xi’an Xianyang International Airport based on the flight details you have provided. Upon arrival, you will see our guide at the customs exit standing with a sign that has your name written on it.

Once you reach the museum, visit all the three pits located there. The pits have been numbered 1, 2 and 3 based on the time of their discoveries. See thousands of 2,200-year-old statues depicting armies and their horses. Notice how vivid the life-size terracotta figures look even after two millennia.

The guided tour lasts around 2.5 hours. After it is over, transfer back to Xi’an airport to catch your departure flight.
View More
WHAT'S INCLUDED WHAT'S EXCLUDED
Why Book with Bookmundi
What are customers saying about Bookmundi
Excellent
4.71 Average 334 Reviews

Other Practical InformationYou will receive confirmation at the time of booking Please make sure you have enough layover time to take the tour, basically around 8-10 hours You are required to be back to the airport 2-3 hours prior to your departing flight The tour guide will hold a sign with your name on it and wait for you at the exit It usually takes more than an hour to exit the airport and go through the customs Adult pricing applies to all travellers A current, valid passport is required on the day of travel
NEED HELP OR HAVE A QUESTION ABOUT THIS TOUR?
If you have any question about this tour or need help with planning a trip, please do not hesitate to get in touch with us. We're ready to help.
Get help
hours 06 From US$ 158 See Group Discount
CHECK AVAILABILITY
Response Time: 3 hours Response Rate: 100% MAKE AN ENQUIRY