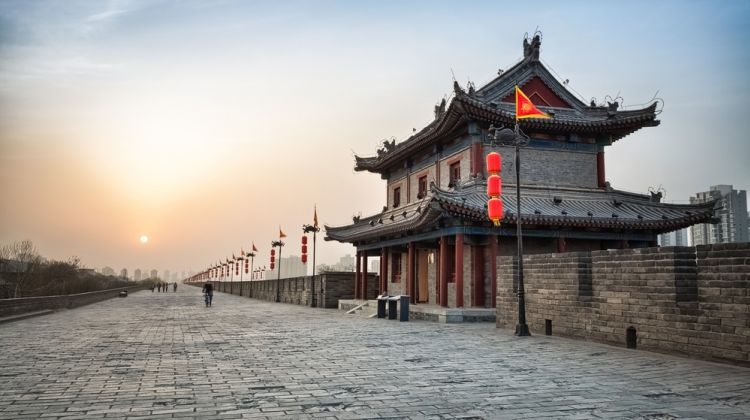 HIGHLIGHTS
Join us on this 8-hour, guided tour and get the chance to see some of the most important sights of Xi’an, a melting pot of cultures that once was the eastern end of the Silk Road. Your guide will pick you up from your hotel in Xi’an and drive you to the Terracotta Warriors and Horses Museum.

The Terracotta Army were considered to be one of the most significant archaeological excavations of the 20th century when they were discovered by local farmers in 1974. The army was built to protect the first emperor of China, Qin Shi Huang, in his afterlife.

You're free to explore the museum and see a variety of artefacts housed there. Head for the famous De Fa Chang Restaurant next and get the chance to choose your lunch from a variety of dumplings and other tasty and authentic regional dishes.

Continue your sightseeing tour of Xi'an with a visit to the Fortifications of Xi'an. See its ancient city wall, one of the oldest and best-preserved city walls in China that was first built in the 2nd century BC and is widely considered to be one of the largest ancient military defense systems in the world.

You also have the option to rent a bicycle and pedal your way from one watchtower to the next. Continue to the city’s Muslim Quarter and then to the Big Wild Goose Pagoda. Built in 652 AD, during the Tang Dynasty, this pagoda has a special place in the heart of Chinese Buddhists.

NEED HELP OR HAVE A QUESTION ABOUT THIS TOUR?
If you have any question about this tour or need help with planning a trip, please do not hesitate to get in touch with us. We're ready to help.
Get help
hours 08 From US$ 150 See Group Discount
CHECK AVAILABILITY
Response Time: 1 hour Response Rate: 100% MAKE AN ENQUIRY