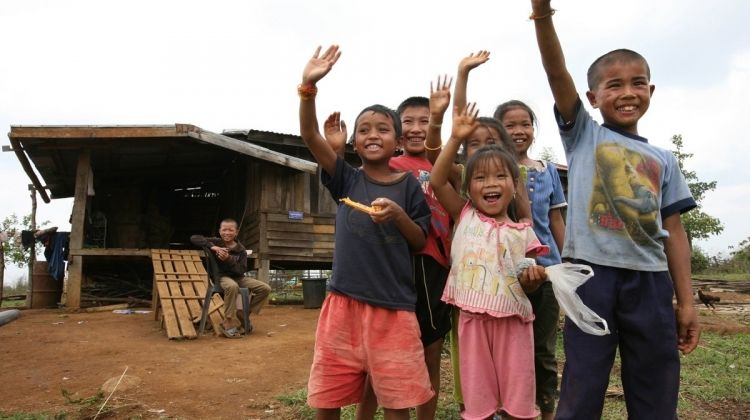 TOUR OVERVIEW
Starting and ending in Ubon Ratchatani, the "Southern Laos By Bicycle" tour is a guided bicycle trip that takes 8 days. You will be touring through Don Khong, Wat Phu and Ubon Ratchatani in Latvia, Laos and Thailand. "Southern Laos By Bicycle" is a small group tour which will include accommodation, meals and others. Please check the package includes section for more details.

The Land of a Million Elephants, as Laos was once known, is opening up to tourists after years of war and isolation. Consequently, a visit to Laos is like stepping back in time and the citizens have retained innocence and charm that is as rare as it is valuable. The mountains and rivers are pristine in this land-locked country, squeezed between China, Burma, Thailand, Cambodia and Vietnam.

As part of Indochina, Laos was colonized by the French and the cities of Vientiane, Luang Prabang and Pakse have inherited the classical, elegant, if little faded, character only French architects can inspire. Although Laos has some genuinely interesting attractions to offer - the Plain of Jars in Xieng Khuang Province, the forested mountains of Northern Laos, the gothic limestone karsts around Vang Vieng and Si Phan Don (Four Thousand Islands) where the mighty Mekong spreads in the Southern Laos - it is the warmth and sincere friendliness of its people that will live forever in the hearts of anyone fortunate enough to visit.

Our Southern Laos tour is a sojourn along the Mekong River to the former colonial outpost of Champasak, the serene beauty of Si Phan Don and the rich fertile lands of the coffee growing Bolevan Plateau. From the natural attractions of amazing waterfalls to the rare Irrawaddy dolphins and to the cultural Khmer temples of Wat Phu, this tour explores the quiet back roads of South Laos.

No additional cancellation fees apply for this Southern Laos by Bicycle tour. You can cancel the tour up to 45 days prior departure and avoid paying the full amount, but your deposit paid is non-refundable. No refund applies for cancellations within 44 days of departure.

For this Southern Laos by Bicycle tour getting the required visa(s) is the responsibility for each individual traveller, as visa requirements vary depending on your nationality. We recommend to check with your local embassies representing the countries that you are travelling to, as part of this itinerary.

Minimum Participants The minimum number of Participant for this trip is 2
NEED HELP OR HAVE A QUESTION ABOUT THIS TOUR?
If you have any question about this tour or need help with planning a trip, please do not hesitate to get in touch with us. We're ready to help.
Get help
days 08 SavingUS$ 95
You have unlocked exclusive savings:
5% OFF TODAY From US$ 1,900 US$ 1,805
CHECK AVAILABILITY
Response Time: 3 hours Response Rate: 100% MAKE AN ENQUIRY

Tour is operated by : SpiceRoads
1 Reviews
Currently 03:47 in Bangkok MAKE AN ENQUIRY Response Time: 3 hours Response Rate: 100%
Download Trip Notes Enter your email to get a PDF file containing all the trip information for the Southern Laos by Bicycle tour.
Trip Notes Sent
We have sent the trip notes for this tour to:

If you book the Southern Laos by Bicycle tour within the next 5 days, you can get by applying the following code: